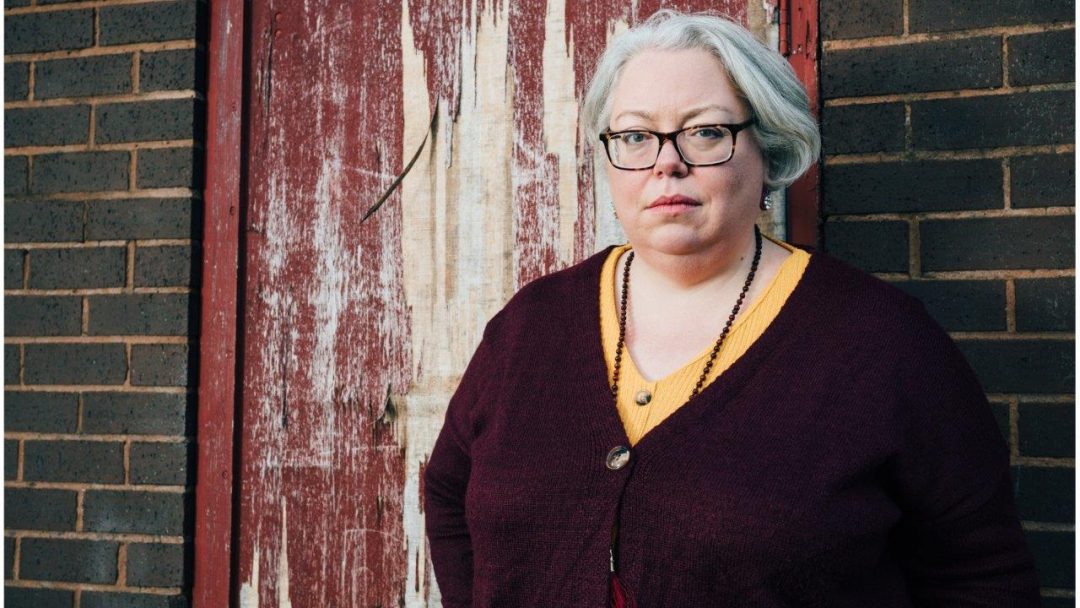 Produced by Bradford’s Freedom Studios, the play will premiere on the 30th May at the Ambassador Pub in Dunbar’s home city of Bradford and will then tour till the 30 June including The Holbeck in Leeds.

Black Teeth and a Brilliant Smile opens at The Ambassador from the 30 May-8 June and then tours till the 30 June. Tickets and further information here.

Your new play Black Teeth and a Brilliant Smile is heading out on tour, what can you tell us about it?

It is an adaptation of Adelle Stripe’s novel about the Bradford writer, Andrea Dunbar. Andrea sadly died when she was 29 but she still lived a hell of a life. The play is about that roller-coaster life; the highs and lows. It’s also about how a working-class woman broke through and shook the world of theatre.

What was it that inspired you to write about Andrea Dunbar?

I was approached by Freedom Studios to write the adaptation. And I was over the moon because I had read and loved the book. I loved the idea of writing about a working-class woman from West Yorkshire. I come from a working-class background and relate to a lot of Andrea’s experiences.

How did you go about researching the play?

Thankfully, Adelle had already done the hardcore research when she was writing the book! However, I did do some research on the period the book is set in, read the plays and re-watched ‘Rita, Sue & Bob Too’. Andrea’s voice is so strong in all her work, she almost came fully formed when I sat down to write.

What do you think the cast can bring to this play?

We’ve got an amazing all-female cast. Early in the writing process, I suggested that we concentrated on the women in Andrea’s life. The men had already had their say about her. And so we have two versions of Andrea; younger and older. The actresses playing those parts have a real challenge on their hands and will have to work together very closely. Meanwhile, the rest of the cast are all playing multiple roles. So, everyone will be working very hard.

What are you looking forward to most about seeing it out on tour?

The audience reaction. I hope they are as in love with Andrea as I am now. But I also hope they feel angry about the way she was treated by people in her life. People who should have known better. But most of all I want the audience to have a really entertaining night! I think that’s what Andrea wanted from her work. She wrote with joy and verve. We need a bit more of that in theatre.

What would you say to anyone thinking of coming to see Black Teeth and a Brilliant Smile?

Get on the website and book! And come ready to laugh, cry and perhaps be a little bit shocked about what you are hearing and seeing.