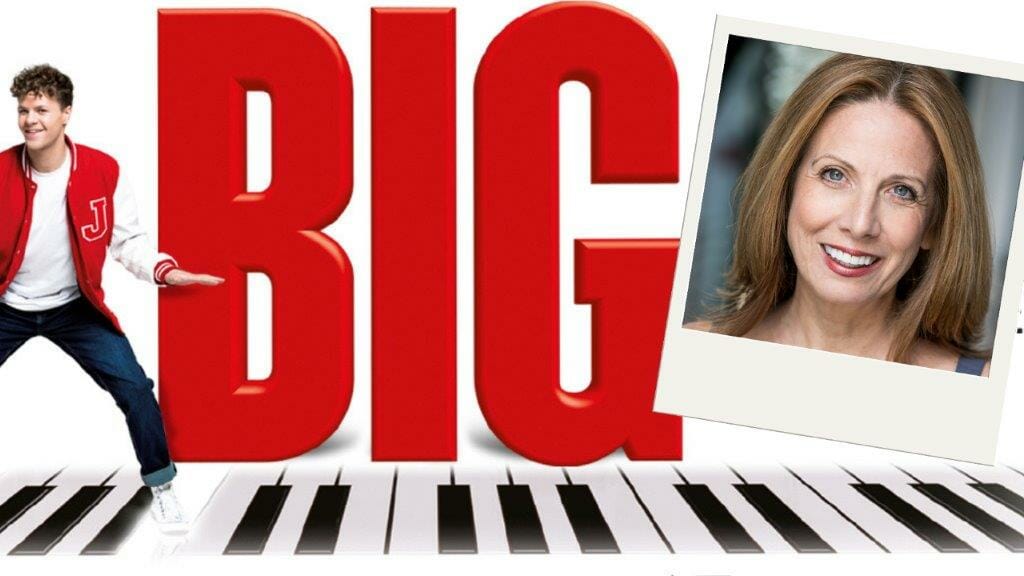 With music by David Shire and lyrics by Richard Maltby Big The Musical runs at The Dominion Theatre until 2nd November 2019.

You’re appearing in BIG The Musical at the Dominion Theatre, what can you tell us about it?

It’s a fabulous, fun show. Great singing and dancing and an amazing routine on a piano by Jay McGuiness and Matthew Kelly!  Adults and children alike seem to really enjoy themselves!

I start as Mrs. Kopecki who is Billy’s mom. (Josh’s best friend) Typical NJ mom trying to keep her son in line!

Then I play Mrs Watson who is Mr MacMillan’s personal secretary. She doesn’t seem too enamoured with Josh to begin with, but, there’s a cute time in the second act during ‘Coffee Black’ when she really warms to him!

Were you a fan of the film? Had you seen it before getting this job?

I was a HUGE fan of the film and I remember the movie cinema back in my home town of New Jersey where I first saw it!

How well do you think the musical adaptation represents the film?

I think it’s a great adaptation! Of course, there are differences. Most notably…..the music! I also think the relationship between “older” Josh and Susan is explored more in the musical.

What’s it been like working with Jay McGuiness and Kimberley Walsh?

Utterly delightful! You couldn’t ask for a kinder, nicer more generous leading man and lady. They are absolute pros but enjoy having a laugh! We truly are like one “BIG” (excuse the pun) family, and I believe that starts with them.

The magic of our opening night and sharing it with the audience and original creators. There was something TRULY special about that!

It’s only in the West End for a few more weeks, what will you miss most about being a part of BIG?

Being part of something that is bringing such joy to people every night. And working with the nicest, most talented group of people on and off stage. I will absolutely miss them all so very much!

What would you say to anyone thinking of coming to see BIG The Musical?

COME NOW!!! Don’t miss out. There are only three weeks left…..don’t miss the magic of BIG!

Children’s Cast Announced for The Prince of Egypt