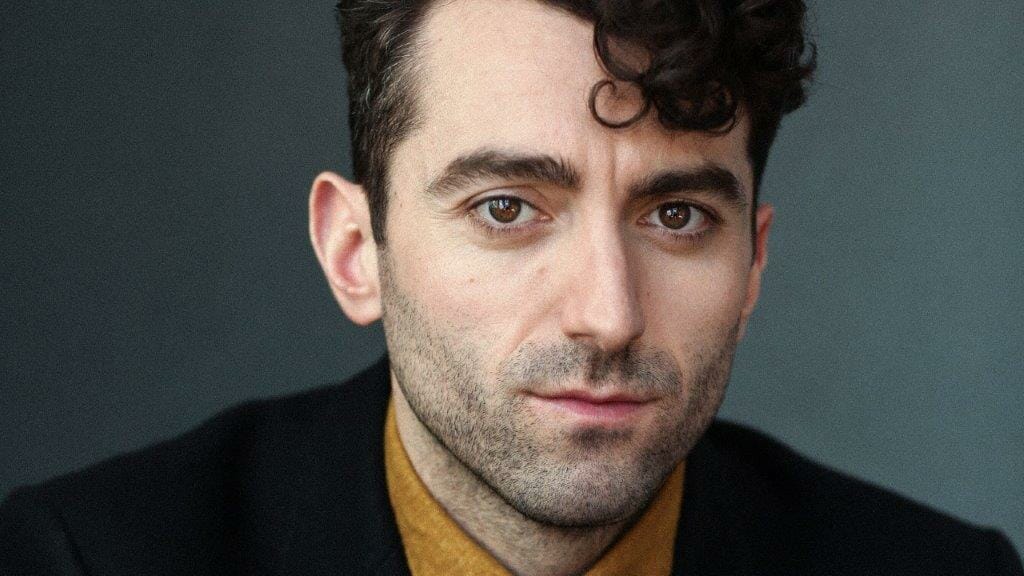 Marc Antolin plays Jean-René in the revival of Emma Rice’s musical adaptation of Romantics Anonymous in a co-production with Plush Theatricals.

The production opens at Bristol Old Vic on 23 January, with previews from 18 January and runs until 1 February, ahead of a US tour to Wallis Annenberg Center for the Performing Arts in LA and Shakespeare Theatre Company in Washington D.C with newly announced US dates at Spoleto Festival USA, 21 May – 7 June 2020.

You’re starring in the return of Romantics Anonymous, what can you tell us about it?

It is a musical adapted by Emma Rice from the French-Belgian film Les Émotifs Anonymes, with lyrics and music by Christopher Dimond and Michael Kooman. It follows a group of chocolatiers whose business is on the edge of bankruptcy. The boss Jean-René employs Angelique to try and save the business and they end up falling in love, but they both suffer from social anxiety so are unable to tell each other. We follow their quest through self help tapes and meetings to overcome their fears and show their true feelings to one another. It is filled with all the joy and pain it takes to survive and love in the modern world.

What is it about this production that made you want to come back to it again?

Well I didn’t play Jean-René in the first production, I played the roles of Ludo/Loizeau/Remi, so this time round is a completely different experience. Jean-René suffers from social anxiety and his father always told him to live life “safe on the ground” and never to go out of your comfort zone so nothing can go wrong. The wonderful thing about the characters in Romantics Anonymous is that they are all incredibly human and relatable so I’ve been able to put lots of myself into him. This show is one of the most fun experiences I’ve had, and witnessed audiences having, so there was no way I wasn’t going to be part of it again.

How would you describe working with Emma Rice?

I love her so much. I’d been a massive fan of Emma’s work since seeing ‘The Umbrellas of Cherbourg’ and when I got to work with her first on Kneehigh’s ‘The Flying Lovers of Vitebsk’ it was an experience I’d never had before. We’d play games in the morning and by the afternoon of day 1, everyone has made a fool of themselves which creates a safe space to explore and try out ideas without self-judgement. Emma and I have the same silly sense of humour, so she allows me to play around and then puts me back on the right path when I stray, which is most of the time as I get too excited. She understands theatre and what an audience want like no other.

What are you looking forward to most about taking Romantics Anonymous to Bristol and then on to America?

Mainly the joy that audiences get from watching this beautiful show, I think we can all do with some of that. I love Bristol, I’ve spent a bit of time there the last few years and The Old Vic is one of my favourite theatres to perform in. We started ‘The Flying Lovers of Vitebsk’ there and then toured to The Wallis in LA and also Spoleto festival in Charleston, South Carolina so to be returning to those theatres with another show is really exciting, and to see how an American audience responds to this show. There’s something incredibly European and charming in its style so I’m sure they will love it.

Have you found anything about this role or the production particularly challenging for you as a performer?

Trying not to laugh has been the big challenge so far in rehearsals, everyone in the cast is so funny and brilliant. I’m constantly in awe of their talent. The last time we did the show, I played numerous characters that were all high energy so having to play the opposite of those and against my own natural energy and enjoy the stillness and pause of Jean-René has been a big learning process.

What would you say to anyone thinking of coming to see Romantics Anonymous?

Stop thinking about it and book your tickets immediately. You may even get some chocolate!

Interview: Bettrys Jones on The Cinema Screening of Wise Children