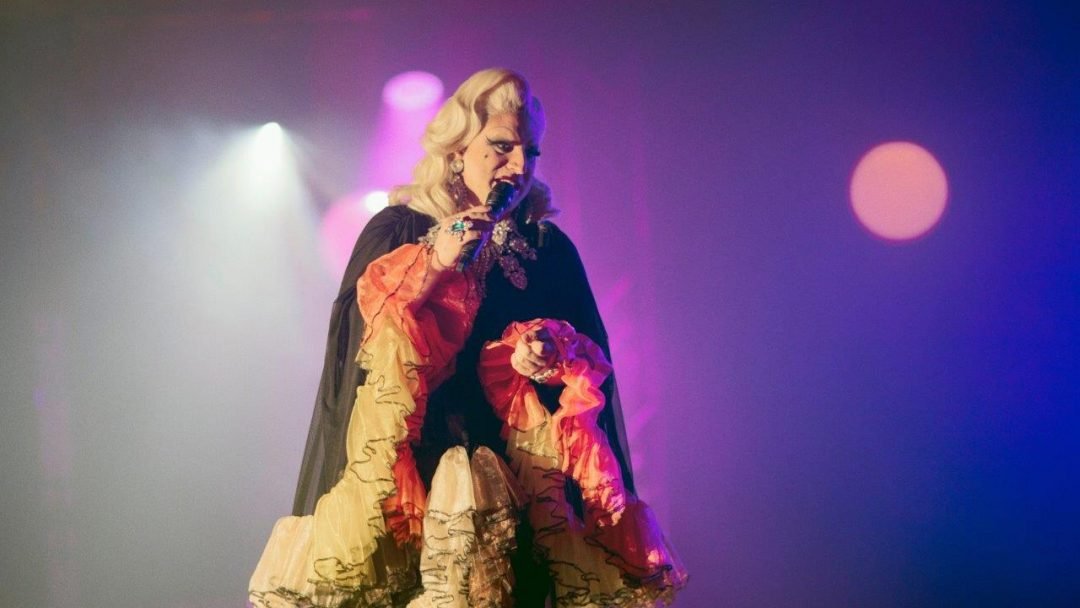 Having blown Edinburgh’s mind, the multi-award-winning Queen of Weimar punk kabarett Bernie Dieter (star of La Clique) took Little Death Club to Adelaide picking up the ‘Best Cabaret’ weekly award on its way. Now the darkest, funniest and most debauched variety show this side of the Berlin wall now comes to London with a new travelling family of misfits, miscreants and fantastic freaks, including Myra DuBois who joined us to tell us more.

You’re appearing in Little Death Club at Underbelly Southbank, what can you tell us about it?

Well I can tell you it’s named after an orgasm! Did you know that? Because I didn’t! Apparently, the French refer to a an orgasm as ‘la petite mort’ – defined in the Oxford English Dictionary as “the brief loss or weakening of consciousness” – you can see what they mean can’t you? And in some ways, that’s the state we like to leave the audience in so I suppose it’s a very fitting name for a cabaret show like ours!

Why did you want to be involved in Little Death Club?

Now I take issue with the wording of this question because it implies that I, Myra DuBois (off the television) asked them (the people at Little Death Club) to be in the show and I think that misrepresents my own stat-status, wouldn’t you agree? I think the question should be why did they want ME in the show – a question which renders itself immediately redundant because as a household name, national treasure and celebrated contemporary icon of cultural significance; it should be obvious as to WHY they wanted me in the show! Also the regular money is nice.

What’s the best thing about working with such a varied group of performers?

Well I’m thrilled to be working with Bernie Deiter because we’re old girl-pals that go back YEARS and yet Little Death Club has been our first time working together! So that’s rather nice. It’s also a thrilling to work alongside performers who are the very best in their field with skills I could only dream of! You should see what some of them can do with a hoola hoop! I struggle to get on my tights!

How does Little Death Club make sure each performer gets to showcase their talent?

Well it, the show I mean, is so beautifully structured that it’s very easy to forget that it’s a line up show with a compere. Little Death Club goes FAR beyond this format, the acts morph seamlessly from one to the next – I shall doubt anyone will ever see a slicker cabaret show than this one! We’re very much a “team” from Bernie, to the band. Oh yes dear reader! The show boasts a live band! How thrilling.

The show is one of the headliners of Underbelly Festival, how does that feel?

Isn’t that lovely? I was involved in the show at the Edinburgh Fringe last August and it was a roaring success. It’s not surprise that both the Underbelly AND audiences are gagging for me.

What would you say to anyone thinking of coming to see Little Death Club?

Sit at the front…

Preview: We Wish You a Myra Christmas at Soho Theatre