Directed by Hannah Chissick, the new production will be filmed and made available to download and stream online, in collaboration with Southwark’s The Union Theatre. The entire cast and creative team are raising money in aid of Women For Refugee Women, a cause that remains close to their values, and the underlying message of the play. Notwithstanding the challenges of 2020, the producers believe that it is vital, now more than ever, to support causes such as this.

You’re appearing in the digital revival of Little Wars, what can you tell us about the production?

Little Wars is a play written by Steven Carl McCasland set in 1940 the night before France falls to Nazi Germany at Gertrude Stein and Alice B. Toklas’s house. Lillian Hellman, Dorothy Parker, Agatha Christie and Muriel Gardiner join them and as the characters drink, tensions start to rise, and as the play unfolds, we watch these characters face their demons. Our digital revival of Little Wars is a rehearsed reading directed by Hannah Chissick and produced by Ginger Quiff Media, featuring an unbelievable cast of women including Juliet Stevenson, Linda Bassett, Sophie Thompson, Catherine Russell, Debbie Chazen and Sarah Solemani.

The production has been filmed by each of us in our houses from across both sides of the Atlantic and has been very cleverly edited by John Brannoch. My character Bernadette is Gertrude and Alice’s housekeeper, and in an on-stage production would usually be frantically running around trying to remember 6 different drink orders, who does and doesn’t take ice, however… in this digital revival my life is made really easy!

Why do you think these characters work so well together in this setting?

These are real women who have been huge inspirations to so many people today; Gertrude Stein and Alice B. Toklas to the LGBTQ+ community, Muriel Gardiner to the Jewish community and Lillian Hellman through her political activism and writing. They are all such powerful women with incredible, relatable stories to tell and having them all coming together in this setting is humorous, enlightening and incredibly engaging.

What was it about Steven Carl McCasland’s writing that made you want to be a part of this?

Steven has an incredible gift at not just writing strong female characters but also conveying raw emotion and sensitivity about female specific topics you don’t often see from a male writer – I was hugely moved when I first read Little Wars and instantly knew I had to be part of it. Bernadette is an incredible woman; she is multi-faceted with such depth even though she’s only 22. She has been through so much in her life already, much of which I can’t relate to (thankfully) however, as a Jewish woman in a world where anti-Semitism still runs rife it was incredibly important to me to tell this story, which represents an important part of my heritage.

Tell us about the cast and what’s it’s been like working with such a renowned all-female group?

I’d be lying if I said I wasn’t intimidated; it still blows my mind to see my name in that line up. It has been an absolute pleasure and a privilege to be part of a group of women that are so generous and talented, and I really hope I get to meet them in person one day. As they are all playing real women the research that they did was really extraordinary and shows such commitment to their craft. I also feel incredibly fortunate to have worked together with Debbie earlier this year in Rags the Musical and it was particularly special for me that we have been able to work together again so soon.

Hannah Chissick is directing, how has she supported you during the making of Little Wars?

It’s been amazing to work with Hannah, I’ve wanted to work with her for a really long time and I’m really glad it was this project. I was quite nervous about launching into a German accent on the first rehearsal in front of such a formidable group of women so Hannah very kindly agreed to have a one on one session with me beforehand to make sure I felt comfortable. Hannah is one of those rare people who just exude warmth, so I immediately felt at ease and emotionally connected during the rehearsals/reading.

What would you say to anyone thinking of booking to watch Little Wars?

I know that many people, myself included have felt hopeless and fatigued at times by the current climate. I love the theatre and have always wanted to tell important, relevant stories that can make people forget about what’s going on in the world for a few hours. I would urge anyone who also loves the theatre and wants to see a beautiful story told passionately by some incredibly talented women to book a ticket to watch Little Wars. 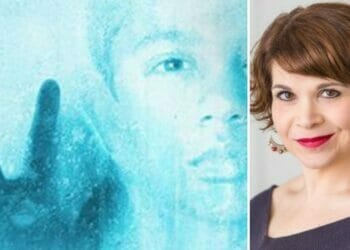 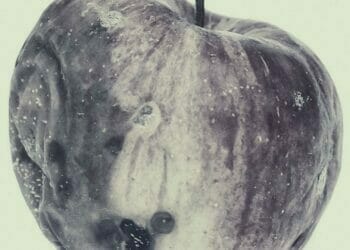 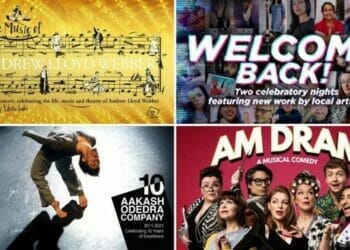 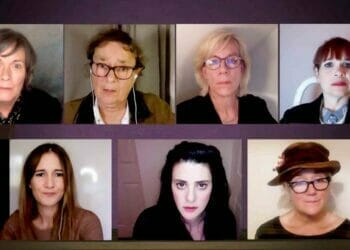