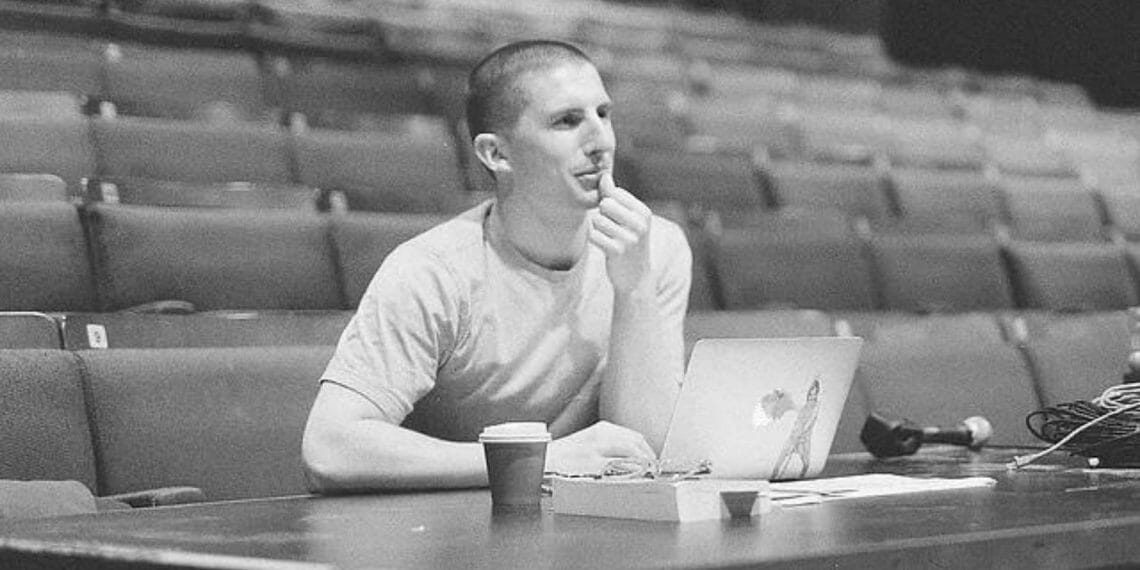 “the second series better acknowledges the societal injustices and inequalities experienced on a daily basis by minority communities, and the disproportionate impact these have on creating and perpetuating mental health issues”

Olly Gully is the creator of audio-theatre experience Hear Myself Think, which has commissioned five playwrights, five directors and five actors for its exciting second series.

Inviting listeners to plug in their headphones and undertake a short, simple everyday activity in the company of one of five different characters, Hear Myself Think launched during the pandemic to offer bitesize opportunities for active engagement with your own wellbeing. The second series of the podcast is due to be released on Saturday 5th November.

Hailing from all over the globe, each creative brings their own unique experiences to the episodes. Hear Myself Think series two builds on the first series’ global audience (hundreds of listeners in 25+ countries) by employing 15 creatives who are more representative of groups least served by existing support, specifically the Black, Asian Diaspora, LGBTQ+, Disabled and Neurodivergent communities. They will create new episodes exploring mental health from diverse perspectives, more accurately addressing issues such as inequalities in access to care.

Hear Myself Think is returning for a second series, tell us a little about the podcast?

Hear Myself Think is an audio theatre series inviting audiences to take part in simple activities beneficial to mental health. Each short episode is narrated by a different character, who shares their thoughts with the listener as they take part in the same task, offering instruction, comfort and the restorative power of good company.

Developed with guidance from mental health advisors and support organisations, each episode also offers listeners bitesize opportunities for active engagement with their own wellbeing.

The first series was launched in June 2021, and was written by myself, with dramaturgy and direction by Kaleya Baxe, and sound design and composition by Kieran Lucas. Since then, the first series has found hundreds of listeners in over 25 countries worldwide.

What first inspired you to create it?

The initial idea came during the 2021 lockdown, when theatremakers were asking each other; what do we do now? Nobody knew when live performance would come back, but it was clear restrictions were severely impacting mental health and exacerbating social isolation, and I felt it was important to make work that addressed that.

We couldn’t respond with anything live, but if we could create something digitally, and distribute it remotely, while also keeping active audience participation at its core, we could make something creatively innovative that had real social impact. We’d also be able to make it available 24/7, internationally, and (with the support of the Arts Council) free. I talked to sound designer Kieran Lucas, and the idea of Hear Myself Think grew from there.

On a deeper level, this project was also inspired by the experience of my mum, who – like many people in her generation – believed deep down that being mentally unwell was something to be ashamed of. For her, this compounded issues of addiction that eventually led to us losing her, and so making accessible work that continues to challenge that assumption feels necessary to me.

What did you learn from the first series that you’ve brought into the second?

Fundamentally, the second series better acknowledges the societal injustices and inequalities experienced on a daily basis by minority communities, and the disproportionate impact these have on creating and perpetuating mental health issues.

Nobody is immune from mental illness, especially in an increasingly hostile society with a desperately under-funded health system, but there are groups of people who are hit harder than others. This is something that repeatedly came up in our workshops with community mental health groups, and it’s important HMT as a project reflects that.

We also, thankfully, learnt that the project works; the feedback has been amazing and the audience for S1 is still growing, so that allowed us to make bolder and more ambitious decisions in how we create the new series.

For this series you’ve commissioned 15 new playwrights, directors and actors, tell us a little about the process and what opportunities this will give them?

We started in July with an open, international callout for writers, and through this assembled a group of five creatives with diverse lived experience of mental ill health and writing styles. As well as being guided in developing their episodes by the excellent Kaleya Baxe as dramaturg, the writers led creative writing workshops for local community groups, and worked with mental health advisors Dr Noelle Blackman and Cathy May MA in order to ground each episode in good practice.

We then held a further two callouts to find five directors whose experience chimed with the stories that were created, and five actors who best embodied those characters. Many were new to audio, and some new to fiction and drama, but all have done an absolutely stellar job in making this series what it is.

What has also been great is seeing people who may not have worked together before suddenly recognise similar artistic aims in their new collaborators, and I hope HMT is the springboard for loads of electrifying new creative relationships.

What’s the biggest challenge in putting a series of this podcast together?

Obviously, with a full team of 25 international collaborators each working on different parts of the creative process at different points in its development, scheduling has been interesting at times; but our producer Nur Khairiyah has been incredible in making sure the whole project runs smoothly.

Also, in a project dealing with mental health, one major factor has been ensuring the whole team is well-supported, and we’ve been working alongside amazing collaborators such as wellbeing consultant Abs Sol, access consultant Chloe Kennedy, and our mental health advisors, to make sure the actual act of producing these stories doesn’t do harm to the team themselves.

What would you say to anyone thinking of listening to Hear Myself Think for the first time?

I’d say – whether you’re after an engaging monologue series, new perspectives on mental health, or active guidance on wellbeing, you’ll find all three in abundance in S2. The team has done an amazing job in creating a series of immersive and atmospheric episodes narrated by warm and insightful characters, so pick an activity, plug in your headphones, and enjoy ten minutes in their company.