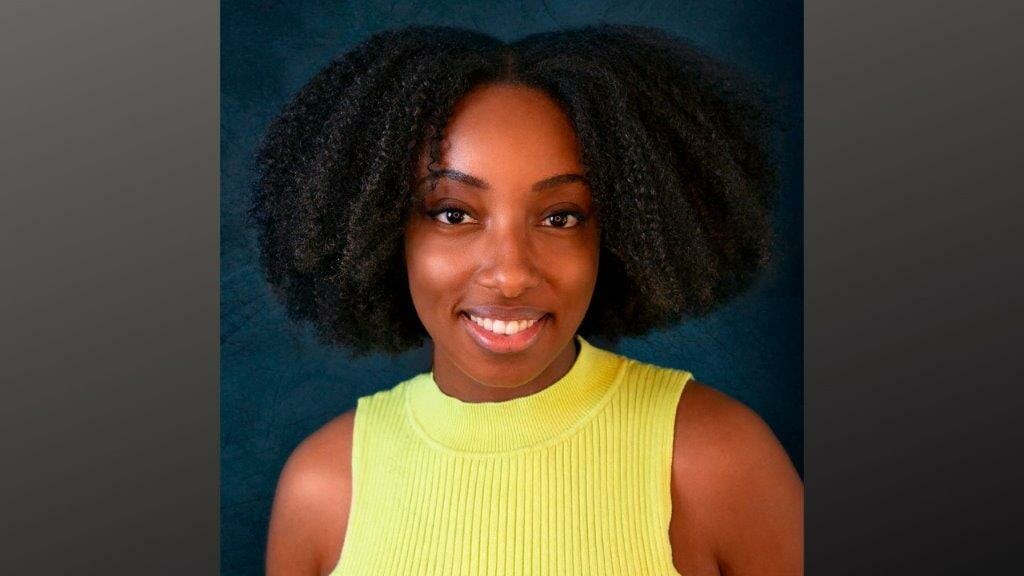 Renée Bailey stars in Bible John written by Caitlin McEwan and directed by Lizzie Manwaring, and will be returning to London following a short run at The Pleasance, Islington last year. The production opens at Vault Festival on 13 February, with previews from 12 February, running until 16 February.

In 1969 at the Barrowlands Ballroom in Glasgow, three women are murdered by an Old Testament-quoting serial killer, later nicknamed Bible John. He has never been caught.

You’re starring in Bible John at VAULT Festival, what can you tell us about it?

It’s a fun play about women’s obsession with True Crime and sees the characters delve into one particular case, Bible John. It explores the friendship and community that the interest in true crime sometimes creates among women and also how easy it is to get sucked in.

‘A’ is a vivacious temp who is always ready to play, which can sometimes come across as being a little bit impatient but is genuinely a warm and loving individual. She’s bursting with energy which can often make for interesting interactions with the rest of her friends and doesn’t mind going against the grain.

It had a successful run at Edinburgh Fringe, have there been any changes for VAULT Festival?

Absolutely! We have a new cast, updated script and all in all a fresh take on the show that everyone enjoyed over the summer, with all the best bits still in tact.

Why do you think these real-life crimes make such compelling theatre?

I think because the best part of theatre is when it reflects real life, and true crime is such a big part of people’s lives, for those that seek it and those who unfortunately come face to face with it. It’s awkward and feels a bit wrong but is also extremely compelling and informative.

What are you most looking forward to about bringing Bible John to VAULT Festival?

I’m most looking forward to seeing the space that we will be in and what layer that will add to the show. As well as a whole new audience to see it.

What would you say to anyone thinking of coming to see Bible John?

GET YOUR TICKETS! Prepare to laugh, prepare to squeeze your bum and most importantly prepare to have a bloody good time.