Theatre Weekly
Home Interviews Interview: Richie Campbell on A Kind of People at The Royal Court 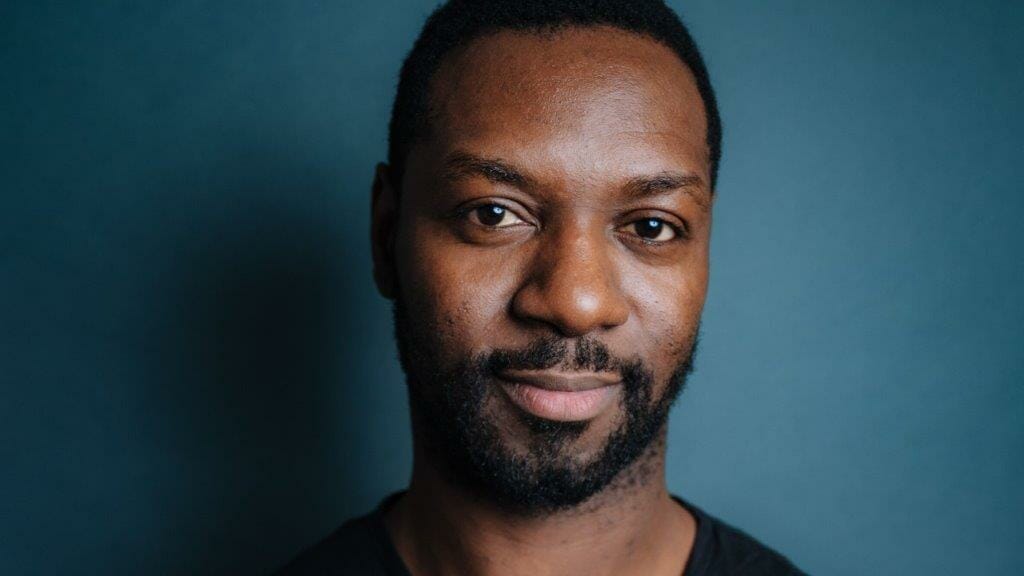 Growing up in North London, Richie Campbell never considered acting as a career, and the star of Netflix’s Top Boy was at one point headed for a job in advertising.  Even when he attended The Anna Scher Theatre, a community-based drama school which has kickstarted the careers of many working-class actors, such as Kathy Burke, Richie saw it as just a fun thing to do.

A Level drama gave him more of a taster for the acting profession, but he chose University over drama school and graduated with a degree in Communication and Culture Studies.  Like most young people he was then faced with the prospect of finding work, but Richie found himself facing a more unusual choice.

“I was offered an apprenticeship, and at the same time I was offered a part in a play,” says Richie, “Slam Dunk would be touring for six months, and it was going to pay me enough to be able to pay off my student loan, I knew that’s what I wanted to do.”

Richie’s parents were less convinced, and the apprenticeship seemed like the right option to them, “my parents are from Guyana, so it was always drummed in to us the importance of getting a good education and a secure job.  But I went to them with good reasons for doing the play, I think the fact that I had gone to university, and now had a good justification for doing an acting job helped convince them.”

Richie thinks he made the right choice, Slam Dunk extended its tour and when it finished, he went in to an 18-month stint in ITV favourite The Bill.  Film and TV work followed, from starring alongside Toby Kebbell in Wilderness to joining Sean Bean in The Frankenstein Chronicles, Richie found himself doing a different kind of apprenticeship, “I was definitely learning as I went, I had no concept of how the industry worked. Because I hadn’t been to drama school, I didn’t know how you got an agent, or even what the Royal Court was, I had to learn it all from these famous people who were now all around me.”

Despite all the work in film and TV, Richie has also maintained a love of working in theatre, “I’ve been really lucky to do great plays, I loved doing To Kill a Mockingbird at Regent’s Park and most recently I was in They Drink it in the Congo at the Almeida.”

Richie also came to discover what The Royal Court was in 2006, appearing in 93.2FM and then Truth and Reconciliation in 2011. Now he returns, starring in Gupreet Kaur Bhatti’s A Kind of People which will run at the theatre over Christmas.

“This play is brilliant for me,” says Richie, “because it resonates so much with everything we are going through today.  I play Gary who’s in a mixed-race relationship with Nicky, they’ve been childhood sweethearts, and have had to navigate race and multiculturalism, but it hasn’t been an issue for them, until this incident happens in their home and it opens a can of worms.”

“They both go on separate journeys as a result of the incident, the play isn’t about Brexit but it resonates so much with how the country is divided at the moment, and like Brexit, there’s no answer or quick fix.”

Richie says that when he read the script the first thing he thought was how real A Kind of People is, “Gupreet Kaur Bhatti clearly knows this world and the characters, the dialogue just flows so well and it sounds so real. I’m in a mixed-race relationship myself so it seems so real to me, but I also know these characters and I can see their world so clearly.”

While the character of Gary is familiar to Richie’s own life, he thinks the play will resonate with a lot of people for different reasons, “What Gupreet has done is made it so it’s not a one sided argument,  how we perceive something is different to how someone else might view it, and that throws up lots of questions. I’m really interested in the debate that comes up after the play, for me as an actor that’s the most important thing, what people take away from a play after the curtain comes down.”

The cast are in rehearsals and Richie says it’s a really interesting time for them as they break down the characters and explore them more.  He worked with director Michael Buffong on his second play and reflects on how much he has learned since then, “Michael really helped me back then to understand the industry, it’s great being back in the rehearsal room with him, he gives us the freedom to play, and coming from an improvisation background I love being able to put the script down, do some improv, then pick the script back up and see what we’ve learned.  You can’t do that in film and TV and that’s why I love coming back to the theatre, and why I’m pleased I chose a play over an apprenticeship all those years ago.”

A Kind of People starring Richie Campbell is at The Royal Court 5th December 2019 to 18th January 2020.