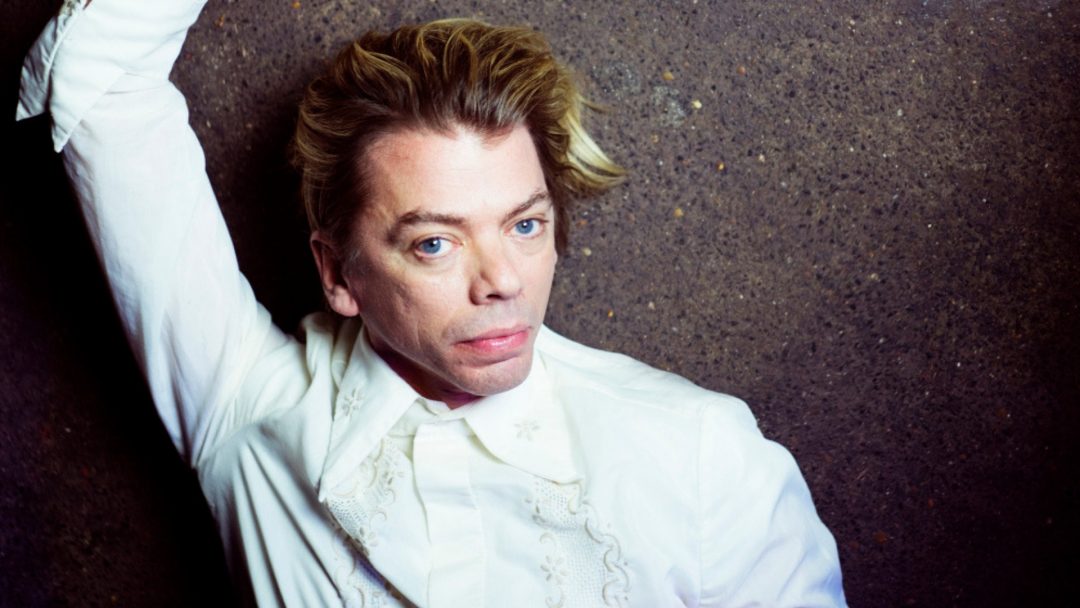 This September, Bristol-based live artist Tom Marshman – working with historian Jeanie Sinclair and drawing on an incredible true story that happened in the local area in the 1950s – will present A Haunted Existence.

Staged in the atmospheric setting of the Old Police Cells beneath Bristol’s The Island, the performance will bring to life some of these forgotten personal histories and ask searching questions about Britain’s all-too-recent shameful past before the 1967 Sexual Offences Act decrimimalised homosexuality.

You’re bringing A Haunted Existence to Bristol, what can you tell us about it?

With my new show I am exploring the forgotten histories of men prosecuted for homosexuality in England during the 1950s.

At the heart of this work is the story of Geoffrey Williamson. In 1954, Williamson made approaches to a fellow passenger on a train. The passenger was a railway policemen. On arrest, Williamson gave the names of a number of other men he’d been involved with, resulting in the arrest and prosecution of those men also.

What inspired you to write A Haunted Existence?

I first heard about the story at an LGBTQ History conference, where local historian Andy Foyle spoke about the case - the story really captured my imagination.

It was so shocking, I really needed to know more. That was about three years ago, and I’ve wanted to create something about this story since.

How did you go about researching the stories?

I recruited another Historian, Jeanie Sinclair. Jeanie visited some LGBTQ Archives in London, like Hall-Carpenter archives at LSE where she was able to gather more information, related to the case, as well as more general information that formed an overall view of what life was like for LGBTQ+ people in post war England. We also used Ancestry.com, to retrace the mens steps, so there were many, Who Do You Think You Are, moments!

Part of my research was also hosting a seance, where I tried to reach anyone that had passed on but still had a story to tell. It was a pretty unorthodox way of gathering research but it has really informed the mood of the show.

It’s being performed in the police cells how does that add to the story you’re telling?

The show will be in a space just adjacent to the cells.

The building that is now The Island was a still a working Police Station up until 2005, in the basement/lock-down remain some of the original police cells. These cells are similar to the ones the men in the story would have first been taken to, they may even at some point have been in the cells at the Island, as they were all predominately South-west based, so who is to say they didn’t come to Bristol at some point, a place where even though it was illegal, did have gay bars.

We are also trying to create a more immersive piece of work and I think for the audience, walking down the stairs, into the dark of the basement, visiting the Installations in the cells before watching the show will really help the audience to really begin to put themselves and imagine what it must have been like for the men.

The audience will be able to come to the performance space - the old Bridwell police station - an hour before the show starts, and look in the old police cells. There, Jeannie, my producer Jo Kimber, and myself have put together some items that formed our research.

Why do you think it’s important these events from the past are remembered through theatre?

People forget what the world was like before the partial decriminalisation, in 1967 - gay men really did live a haunted existence. I’ve also been exploring how living with this trauma passed onto the next generation. Inherited trauma is something we’re just beginning to understand.

I spent a short time in We The Curious, the science centre in Bristol, talking to people and collecting responses as to how they feel about inherited trauma, which was very enlightening. It brings the history bang up-to-date and helps us understand that we are our history.

Even though these men were not blood relatives of mine I feel a strong sense of kinship. In the LGBTQ world, we often talk about a sense of family, which I’ve profoundly felt for and with these men.

What would you say to anyone thinking of seeing A Haunted Existence?

It’s a very important story that has not been told before. It’s an important lesson for us all, to know what we have been through, regarding how attitudes towards gay men have shifted. The show is (I hope) very engaging, with beautiful arresting images on film, projected in the space, quirky dance routines, some supreme music, written by Kid Carpet, guaranteed to move and a collection of vinyl to tell this important story.