Tom O’Brien brings to the UK, The Vicky Vox Project, a new bi-weekly web series featuring Vicky Vox, the LA-based drag queen who is best known for her drag band DWV, alongside the world-renowned Detox and Willam Belli.

The Vicky Vox Project is a heightened reality trans-Atlantic web-series is inspired by a love of live performance, a passion for drag and queer culture and the dilemma we all find ourselves in with Miss Rona. It will offer some insight into the creative process of making a show during a pandemic, with a drag queen, across multiple time zones and explores the artistic vision, design concepts and music creation.

The series launched on 19th November and runs until 10 December, with episodes dropping bi-weekly on YouTube.

You’re bringing us The Vicky Vox Project, what can we expect from it?

Well, first off, it’s a great opportunity to experience Vicky Vox like never before. The series really is a love letter to live performance, creativity and collaboration. Made completely remotely, we have created a fusion of many art forms, merging varying styles of entertainment, resulting in a series that exists in the grey area between a drag show, reality-TV, comedy sit-com and a piece of theatre. Everyone you see on screen is playing themselves, with real relationships and actual job roles, so the show is rooted in reality and slightly heightened for entertainment. I like to think that we are doing away with labels, meaning the viewer can enjoy and take away from it whatever speaks to them.

How does it feel to be creating a web-series instead of ‘traditional’ theatre, have you found it gives you more opportunities?

Making live theatre and performance can only be done with collaboration and very much relies on everyone being in the same space. This cannot be replaced in my opinion. Working on this project has absolutely highlighted the importance of being in the same literal space and how much we all long for that again. However, we have been able to collaborate and work with many different people in many locations and whilst tough at times, it has been the biggest thrill. I have learnt so much from the creatives who have worked on the series. I also love how much more accessible something made online can be.  ‘Traditional theatre’ should be evolving, and to be honest is not the most welcoming space for many people. This needs to change. ‘Tradition’ can be very comforting for some, but in my view it can be restrictive and limiting. Everyone deserves to have access to entertainment and with a web-series you can reach more people. This is something that is vital for ‘traditional theatre’ to work on if it is to remain relevant.

Where did the inspiration for this series come from, and why is now the right time to do it?

I worked with Vicky Vox when I was assistant director on Maria Aberg’s Little Shop of Horrors at Regent’s Park Open Air Theatre and I loved getting to know Vicky and witness her grow during that production. I got to experience the many facets of Vicky, ones an audience might not always see. I was in LA not long after and we spoke about creating a show together, which in turn led to a development phase. We spent time interrogating Vicky’s inspirations and what she might want to say in a one-woman show. We were supposed to make it and take it to Edinburgh this summer….. This is our response to not being able to make the show. To quote Vicky  ‘We all gotta find a new way of doing things’. I hope viewers will recognise and be able to relate to this.  The project has evolved into something I certainly did not expect. I always ask the question “why now?” when making something. I personally feel that Vicky’s voice is one that needs to be heard, her perspective is so unique and that is what has completely guided us while making this series. The world needs to evolve and redefine itself and that is what is at the heart of The Vicky Vox Project.

Vicky is a multi-faceted person and performer with a huge voice and heart. She has incredible insight and self-awareness. Vicky is not scared to show up as her full authentic-self, push boundaries and have difficult conversations that push you out of your comfort zone that force you to level up as a director. The show is centred around Vicky and we are all there to create a framework for her to do what she does best.  Vicky is so present in each take and performance. That immediacy is a joy to be in the same ‘space’ with.

What’s been the biggest challenge for you in bringing it all together?

There have been many when working remotely. Internet connections, time-differences, physical distances, life plans, schedules.. there are a lot. But a real challenge has been trying to make something new, relevant and entertaining at a time when so many people, including the people on the project, are having so many real life struggles. Producers, freelancers, creatives and live entertainers have lost a great amount at this time. So many have been left behind and the toll on people’s mental and physical health cannot be underestimated. The individuals on this project are no exception. You should hear some of our meetings or filming sessions. So, I guess the huge overriding challenge is navigating the world – which is changing week by week. It has also been a great challenge ensuring that everyone is confident (including myself) to just be themselves. We are all bringing our own selves and skill sets in front of the camera and that makes us vulnerable. I hope it adds to the show’s uniqueness and authenticity.

What would you say to anyone thinking of becoming a regular viewer of The Vicky Vox Project?

I tend to let audiences experience the work for themselves but I would probably say bring an open mind and heart to watching this.  At this scary and uncertain time, we all need a bit of joy, connection and escapism, with no bullshit attached.  This is very much our intention and hopefully audiences will be taken on a journey with us and want to see where we end up… 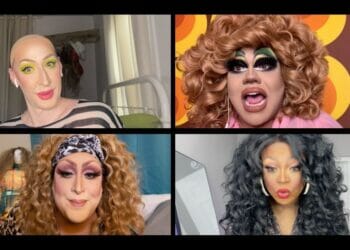 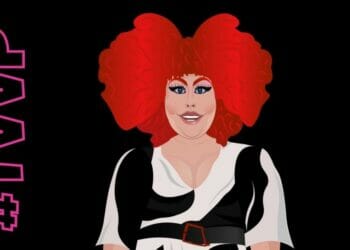 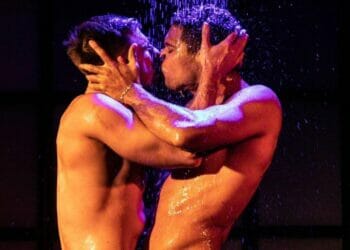 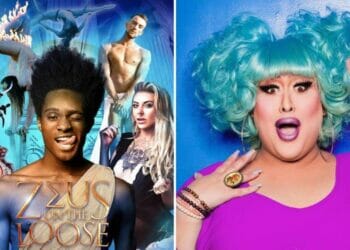 Preview: Zeus On The Loose With Vicky Vox 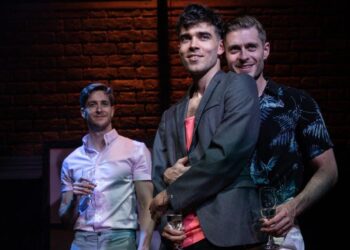 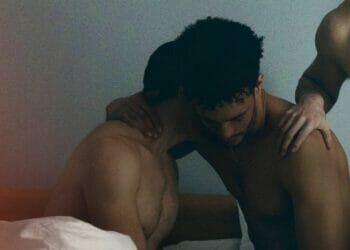 Off-Broadway Hit Afterglow to Get UK Premiere at Southwark Playhouse