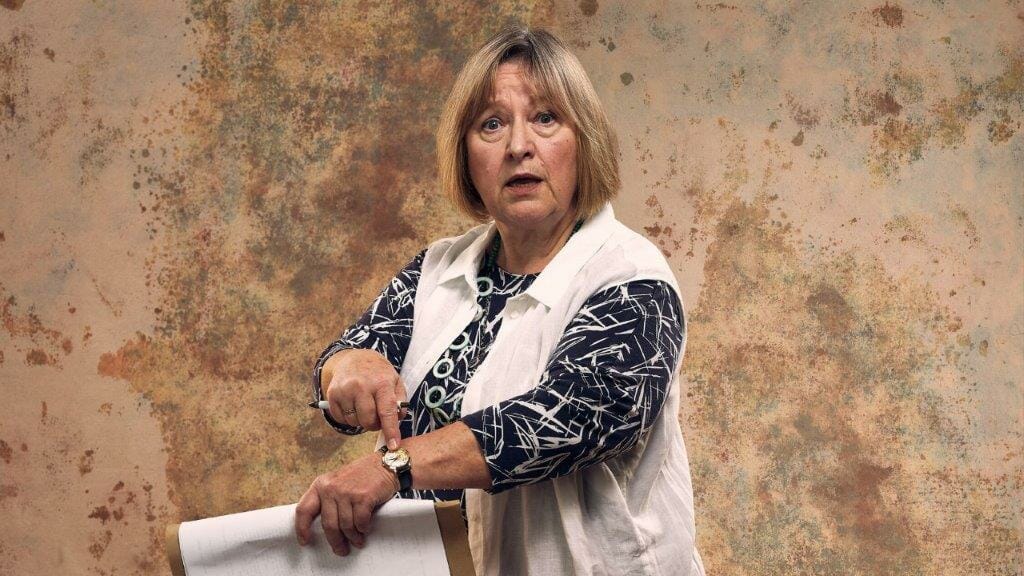 Veronica Roberts plays the role of Kay in the UK Tour of Alan Bennett’s The Habit Of Art, Directed by Philip Franks, which returns after a highly acclaimed tour in 2018.

You’re returning to play Kay in the tour of The Habit of Art, what can you tell us about it?

The Habit of Art is like having two plays for the price of one – a rehearsal room full of the dynamics and interpersonal relationships of actors, stage management and a writer, plus the play being rehearsed about Auden and Britten.

What is it about this role, and production, that made you want to return to it?

Kay is the anchor. She’s seen it all before, loves the game, is good at what she does, won’t take any nonsense and loves the people she works with. Captain of the ship avoiding rocks and mutiny.

Some of your fellow cast are returning too, what are you looking forward to about working with Matthew Kelly and David Yelland again?

Matthew and I first worked together in the 1970s ish – God – 50 years! He’s become a wonderful actor. David and I worked together with Philip Franks in Chichester. He is wonderfully funny and I never tire of watching him and Matthew speak every night.

What do you admire most about Alan Bennett’s writing?

His humanity. He never judges or comments on his characters. He reveals them to us, and by doing so he reveals us to ourselves.

What do you enjoy most about touring?

The camaraderie. The troupe. Seeing Britain over the years – the changes as well as what stays the same. Cities and their theatres become old friends.

What would you say to anyone thinking of coming to see The Habit of Art on tour?

If you like to laugh, and to think a bit, you’ll like this. It’s about courage. What it takes to harness vulnerability, fear, ego and talent and focus and grow it into something of excellence.

Review: The Daughter-In-Law at The Arcola Theatre

Matthew Barker Joins The Cast of The Daughter-In-Law

First Look: The Habit of Art in Rehearsal