"Come with an open mind – hopefully  you will see a play that has been tested in front of audiences for millennia.  But be ready to see it through a new prism"

Wendy Kweh plays Creon in the upcoming UK première of Antigone by Merlynn Tong (after Sophocles) which is at the Mercury Theatre, which reopened this summer, following an £11.3 million refurbishment.

The production opens on 6 October, with previews from 1 October, and runs until 16 October. Tickets are on sale here.

You’re appearing in Antigone at The Mercury Theatre, what can you tell us about the show?

It is a bracingly modern take on a truly timeless story of vengeance, truth and justice.  In a family context.

What were your first impressions of Merlynn Tong’s version of the play?

That is was a very personal adaptation.  It felt at once familiar and yet fresh somehow.  Reading it, I kept forgetting it is two thousand year old story because it felt so very now.

You’re playing Creon, what have you found most exciting about taking on a traditionally male role?

Ah, I get to play it. It is truly liberating and incredibly freeing to be able to have this opportunity where perhaps I wouldn’t have in past years.

And what are you finding most challenging about playing Creon?

There is a radio programme called Across the Red Line where 2 people with opposing views come together to try and understand why the other holds the beliefs they do. There may not be an agreement but there is usually a deeper understanding of why we are the people we are.

How are rehearsals going, and what have you enjoyed most about being back in the rehearsal room?

The company. The opportunity to share laughter (and tea and biscuits) without peering through a screen.

What would you say to anyone thinking of coming to see Antigone?

Come with an open mind – hopefully  you will see a play that has been tested in front of audiences for millennia.  But be ready to see it through a new prism. And apparently there isn’t a bad seat in the theatre… 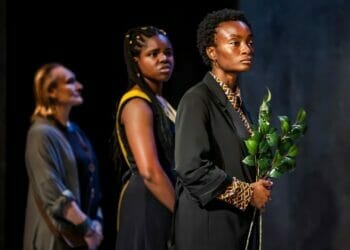 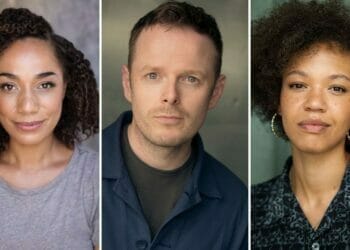 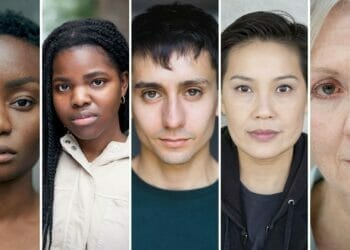 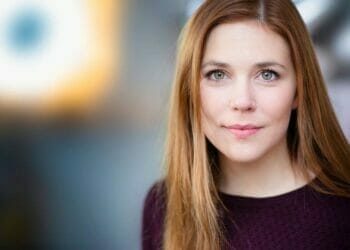