New play Fritz & Matlock, written and performed by long-time collaborators James Wallwork (BBC, Film4) and Salvatore D’Aquilla (War Horse, BBC) will premiere at The Pleasance Downstairs this October 5-17. The show is directed by Jessica Millward and produced by Olivia Munk of Part of the Main Productions.

Wallwork, who is based in London, and D’Aquilla, who lives in Sheffield, wrote the play over Zoom during the COVID-19 lockdown. Fritz & Matlock is set in the basement of an inner city Sheffield house. Carl Fritz (D’Aquilla) and Barry Matlock (Wallwork) try to bury the bodies of their past and find their way to a more hopeful future. With no way out, will Fritz make it to his wedding? Will Matlock get away with murder? Or will the police finally raid the house and shut down the marijuana grow in the attic? A contemporary Waiting for Godot, Fritz & Matlock is a fresh take on men’s mental health and addiction, with surrealist undertones and a comic bite.

The production, which is generously supported by Arts Council England, will partner with theatre charity Outside Edge Theatre Company throughout the rehearsal and performance processes. Outside Edge is the UK’s only theatre company focused on substance misuse, and its participants will join the Fritz & Matlock team for paid assistantships, workshops, and subsidised tickets.

Salvatore D’Aquilla said: “Fritz & Matlock is about toxic masculinity and destructive friendships. It explores the relationship of two friends: Fritz is on the cusp of getting married, looking to settle down and trying his utmost to navigate his way to a more prosperous future, while Matlock is his shackles, holding onto the past and won’t let Fritz go without a fight. Fritz & Matlock has been an idea that has been bubbling for sometime now, going from an initial concept to a fully fledged play. It’s something that we’re extremely proud of, as we wrote the play in the lockdown over Zoom. The play not only kept us both busy, but helped us maintain a creative mind during tough times.”

James Wallwork said: “Writing Fritz & Matlock has scratched an itch that we have had as writers for a long time. We have wanted to write something about mental health and addiction for a while now, but have never quite found the right vessel for it. I love the freedom and creative licence that we can achieve by playing around with style and surrealist elements during the drug trippy moments of the play. It’s a dark, surrealist comedy that goes at 100 miles an hour. As soon as the play starts, you’re strapped in without a break on a runaway train for 60 minutes. Essentially, Fritz & Matlock is about the limits of friendship. It explores toxic masculinity and the lengths some people will go to keep their ‘friend’ from being happy, or doing better than them. As an actor I can’t wait to perform; it has so many layers to it and we end up playing lots of different characters when exploring Matlock’s traumatic past.” 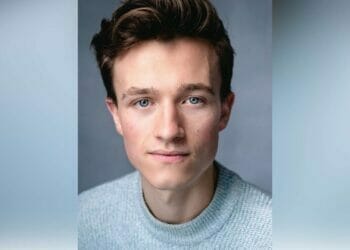 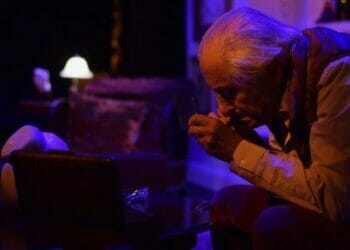 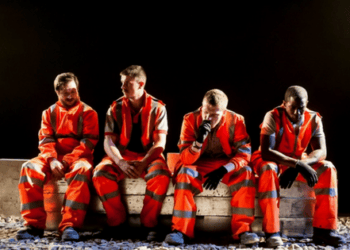 Review: 31 Hours at The Bunker Theatre