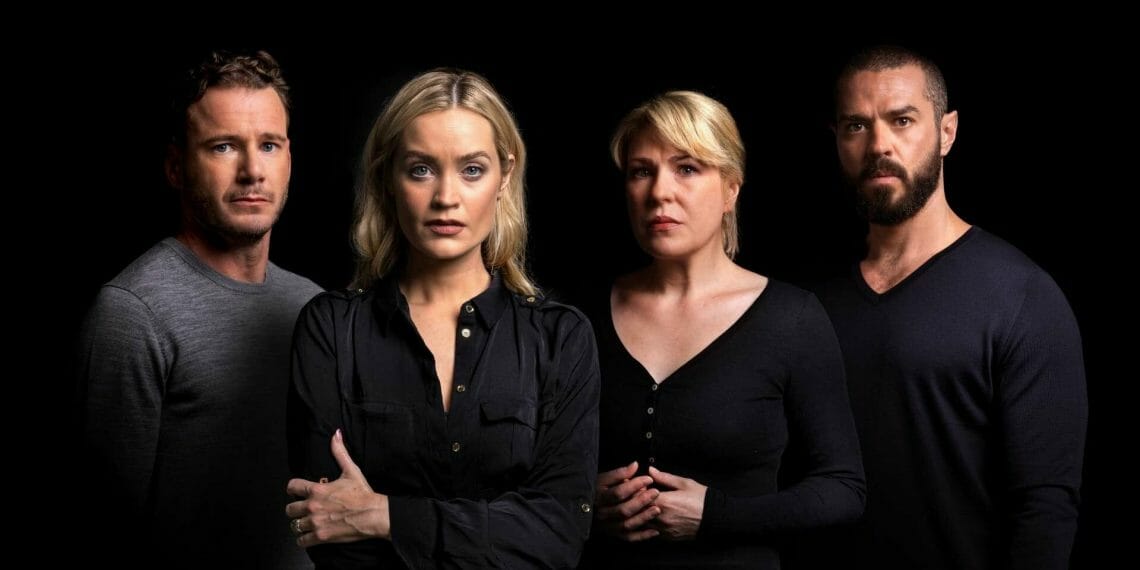 The extension follows two record breaking runs at the Noel Coward and Gielgud Theatres and a hugely successful run with the current cast at the Criterion Theatre, plus three Olivier Nominations including Best New Play, and winning the Best New Play category in the Whatsonstage awards.

Tamsin Carroll will play the role of Lauren. Tamsin said: “As a self confessed scaredy-cat, I’m so glad to have Matt, Felix and Laura to band together with on this supernatural adventure.”

Felix Scott will play the role of Sam.  Felix said: “I am thrilled to be joining the cast of 2:22 A Ghost Story. It is incredibly exciting to be part of this brilliant production.”

Making her West End debut Laura Whitmore will play Jenny. Laura said: “I’m so excited to be making my West End debut playing Jenny in the next production of 2:22. Theatre has always been my first love and I can’t wait to get back on stage. I am a huge fan of the previous productions and delighted to be getting stuck in with rehearsals and working alongside such a hugely talented cast and team.”

Matt Willis will play Ben. Matt said: “I am beyond excited to be a part of this incredible show. I saw the production last year and absolutely loved it.  I can’t wait for people to come and watch!”

Matthew Dunster said: “This is our 4th West End cast. We have already done over 100 performances at the Criterion and over a year in the West End in total. These are the shows you dream of being involved in. To reach, entertain and frighten as many people as we have feels very special. The show constantly evolves; each brilliant cast teaches us new things about Danny’s play and surprises our audiences, many of whom come again and again to experience the new life of the play. I’m so excited to be working with Isabel Marr, my Co-Director to realise this fourth version of the show that finally gives us the opportunity to scare the s**t out of people on Halloween.”

The production began its life last summer at the Noel Coward Theatre starring Lily Allen, Julia Chan, Hadley Fraser and Jake Wood. It then transferred to the Gielgud Theatre for 10 weeks from 4 December 2021. The production there, starring Stephanie Beatriz, James Buckley, Elliot Cowan and Giovanna Fletcher, completed its run on 12 February 2022. The current cast at the Criterion Theatre features Tom Felton as Sam, Mandip Gill as Jenny, Beatriz Romilly as Lauren and Sam Swainsbury as Ben. The US premiere of 2:22 A Ghost Story will be at the Ahmanson Theatre, Los Angeles where it will run from 29 October to 4 December 2022.

Danny Robins said “I love the fact that, like Doctor Who, we keep regenerating and we have some truly thrilling performers here. How exciting is it to be looking forward to Laura Whitmore’s stage debut? And Matt Willis has more than proved himself to be a brilliant, explosive actor in recent years. Felix and Tamsin make up our foursome – both absolutely epic talents. I have a feeling this is going to be a particularly spine-tingling incarnation of my play, so, if you haven’t seen it already, come! If you have, come again!!! There’s no better time than the Autumn for a ghost story as the nights draw in… so come down to the Criterion and enjoy the ultimate spooky night out! We can’t wait to unleash this new cast on you…” 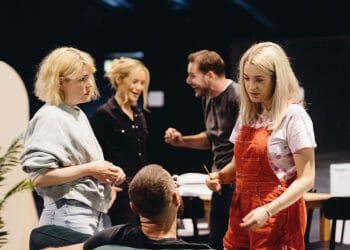 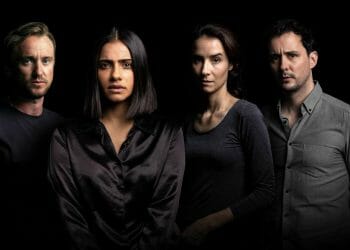 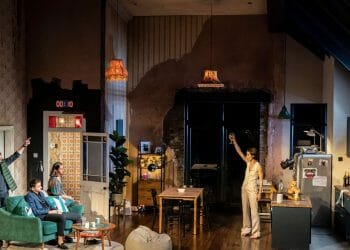