JMI’s World Tour for an exclusive free online evening with stop offs in Morocco, Europe, the Middle East, USA and even Canvey Island. Hosted by the broadcaster Suzy Klein, historian Sir Simon Schama and Lord Michael Grade touring the world, and meeting the stars and champions of JMI, the charity that transform lives through Jewish music…

The lost musical Next Year In Jerusalem was written in 1975 by Lionel Bart (Oliver!) and Roger Cook (Blue Mink – Melting Pot / 2 x Ivor Novello Awards / I’d Like to Teach The World To Sing). The musical has never been performed and has been lost for over 40 years. But at JMI’s World Tour Gala, Dame Maureen Lipman will sing the show’s titular song – a heart stopping lullaby, which in the show is sung by Blume Mabovitch (Golda Meir’s mother) to her young daughter Golda, who is frightened by the imminent pogrom in their Russian village.

Roger Cook says of Lionel and their musical: ”We became great friends and wanted to write a musical together about a strong woman – her story was the stuff of movies, so we decided it had to be Golda Meir.

“We worked for 6 months straight in Lionel’s attic in Soho in 1975. We went to the Albert Hall and saw Golda live and even went on a “research” trip to Israel together – but we certainly didn’t do much writing there! Then in ’76 I moved to Nashville. Lionel came and stayed and we laid down the songs together…. Next Year In Jerusalem was the second song that we wrote together for the show. I came up with the melody which Lionel wanted to change; but he came round to liking it and wrote some great lyrics.

“I wish Lionel was alive and kicking, as he would be crazy proud that finally after all these years this lost musical is going to be heard and have a life.”

Another highlight of the evening will be the second world premiere of the night, when Shura Lipovsky and her band perform her hugely topical new Yiddish song Der Iker (The Issue):

Der iker dokh iz do-ikayt / The issue though is Here and Now.

Shura is currently setting up a Yiddish songwriting group at JMI, continuing the tradition of hauntingly pleasing melodies and poignant lyrics that are the trade marks of a Yiddish song.

With music, conversation and messages of support from an incredible array of talent including: cellist Steven Isserlis performing Ravel’s Kaddish; actor Henry Goodman performing a section of Lubin from Chelm; violinist Nicola Benedetti playing Bloch’s Prayer; Claude-Michel Schönberg speaking about his inspiration behind his Les Miserables anthem Bring Him Home followed by a performance of this iconic song; Israeli conductor Tom Cohen and his Jerusalem East and West Orchestra; American jazz trumpeter Frank London performs Klezmer On The Roof; composer Jocelyn Pook‘s work Drawing Life commissioned by JMI; and historian Sir Simon Schama‘s passion for Judeo-arabic music culminates in a performance from Andalusia Atlantique in Morocco. With even more performances and chat on the night!

Join free online JMI’s World Tour but do feel free to donate to the Gala and Fundraiser on the night, in aid of Jewish Music Institute (JMI) and also Nightingale Hammerson. 20% of all donations raised will support the work of JMI’s partners Nightingale Hammerson, who provide residential and nursing care for older people in the Jewish community.

Chair of JMI Jennifer Jankel says: “Growing up as daughter of the No 1 British Band Leader Joe Loss, music has always played a huge part in my life. It has been an enormous honour to immerse myself in the rich and diverse living heritage of Jewish music, which we celebrate tonight. And I am delighted that from 7pm on the night you will be able to listen to some of Joe Loss’ iconic big band sounds from his archive recordings. Enjoy.” 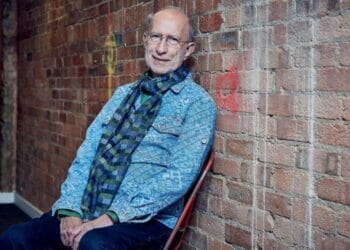