Tedd Firth, Melissa’s redoubtable accompanist & music director is her impassioned, if remotely distanced, partner on both. Two Spring Songs for Summer is now available at Amazon, iTunes, Apple Music and is available for streaming and digital download on all platforms. For more info people can also visit: http://bit.ly/TwoSpringSongs

“Blackberry Winter”, with lyrics by Wilder and Loonis McGlohon has long been a connoisseur’s and jazz man’s favorite – one of those songs that has been played over and over by great pianists, most memorably by Keith Jarrett. Written relatively late in Wilder’s career — in 1976, after the publication of his pioneering and permanent book on American music, “American Popular Song: The Great Innovators” — the song has been recorded only intermittently, and rarely by a vocalist of Errico’s mastery. Its poignant but not melodramatic music and touchingly understated lyric uses, in a Johnny Mercer like mode, the Southern metaphor of a “blackberry winter” — the frost that comes in May “just when you think that spring is here to stay” — as an image of the longing for love resident in every heart. Urged on Errico for many years by devotees of her matchlessly tender, precise singing, including Jonathan Schwartz — and recently, urged on her even by her twitter followers! — her reading is tender, rapt and powerful.

“Alec Wilder is one of those ‘ghost’ figures in American song who keeps returning to our ears and mouths” she says. “He never wrote a big show or a hyper-famous song, but everything he touched was touched with class and quality. Not long ago I experienced for the first time his chorale, called ‘Children’s Prayer For Peace’ and was so moved by it I tweeted it out as soon as I’d heard it.”

Every great singer has an obsessive song. For Melissa it has long been “You Must Believe In Spring”, the great Legrand melody that Melissa has recorded over and over, finding new meaning in it on each occasion. Originally written as incidental music in Legrand’s “Les Demoiselles de Rochefort” it was transformed by the Bergmans, unaware of its more pedestrian origins, into a hymn to winter’s power and spring’s resistance: “beneath the deepest snows/the secret of a rose/is merely that it knows/you must believe in spring.” Like “Blackberry Winter”, the full beauty of the music was first explored by a great jazzman, Bill Evans, who’s great 1977 recording urged it on several generations of singers.

In the period after 9/11, at Legrand’s insistence, the Bergmans wrote specially for Melissa an entirely new chorus, celebrating the resilience of children in a time of fear. Never more appropriate than in this spring and summer of uncertainty, Melissa Errico offers this double sided single as her springtime gift to our troubled world: music of loss but also of hope, helping to heal us all. 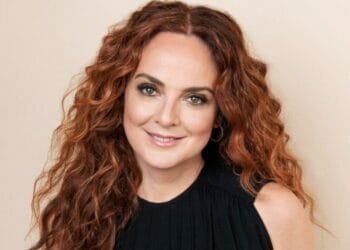 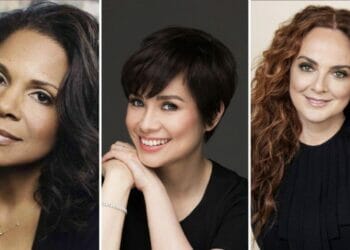