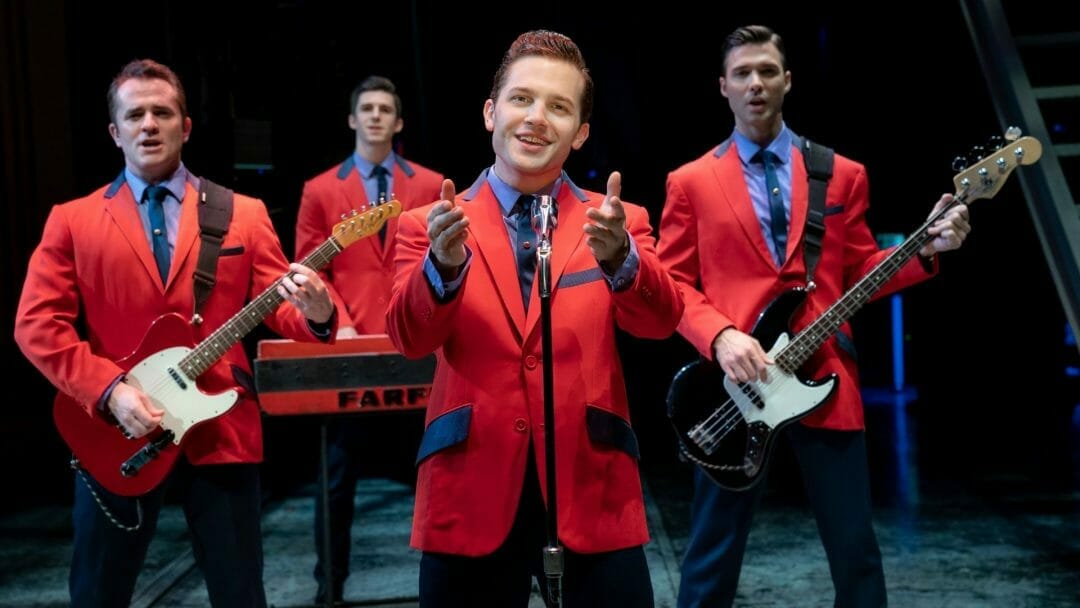 Tony, Grammy and Olivier Award-winning smash hit musical Jersey Boys will once again tour the UK and Ireland, opening at New Wimbledon Theatre on 25 November 2021 booking through to 12 November 2022, with further dates to be announced.

Casting is to be announced.

Recipient of Broadway’s Tony, London’s Olivier and Australia’s Helpmann Awards for Best New Musical, Jersey Boys is the winner of 65 major awards and has been seen by over 27 million people worldwide.

The Jersey Boys UK and Ireland Tour will be staged by the entire original Broadway creative team, led by the Tony Award-winning team of director Des McAnuff and choreographer Sergio Trujillo, with scenic design by Klara Zieglerova, costume design by Jess Goldstein, lighting by Howell Binkley, sound by Steve Canyon Kennedy and projections design by Michael Clark.  The orchestrations are by Steve Orich and the music supervision and vocal arrangements by Ron Melrose.