When a glamorous Hollywood starlet is stabbed on-set in a fatal mix-up of props, there’s only one man fit for the job of solving the crime: Detective Stan Shakespeare. Award-winning company New Old Friends return once again with the latest instalment of their ever-popular Crimes… series. Inspired by the classic English writing of Agatha Christie, Noël Coward and PG Wodehouse, the madcap comedy thrillers have so far seen the company head to locations as varied as the English Riviera, Siberian railways and the banks of the Nile. This time, they’re in Golden-era Hollywood bringing in the world of Raymond Chandler and Dashiell Hammett with a slippery, hilarious case ready and waiting to be solved.

When a crucial mix-up of theatrical props results in the accidental stabbing of a movie star, it sets in motion a bizarre chain of increasingly unfathomable events. Paying respectful, yet playful, homage to Humphrey Bogart, the latest creation by New Old Friends is every bit as energetic, inventive and amusing as the previous offerings in the series.

A cast of just four actors will again tackle multiple roles – sometimes within the same scene – bringing the full force of New Old Friend’s talent for skillfully ramshackle comedy to the stage. After originally being slated for a 2020 run, Crimes, Camera, Action is premiering in Bath before a national tour in Spring 2022.

Feargus Woods Dunlop from New Old Friends said “We couldn’t be happier to be returning to live performance after the Covid shutdown at Theatre Royal Bath, a venue which has supported us from day one. We have always loved Film-Noir and knew we wanted to take the Crimes… series into a slightly new world to give us fresh tropes to play with and new landscapes to create nonsense in. There is a slightly different structure to a Hollywood private-eye story than an English cosy-crime one and that has been great fun to explore. We are very excited to present this fresh spin on the popular series.” 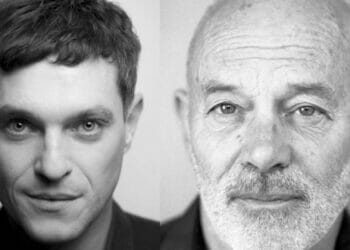 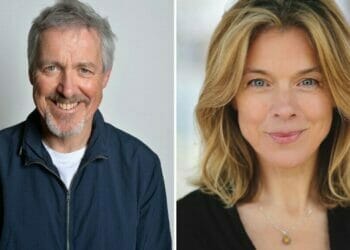 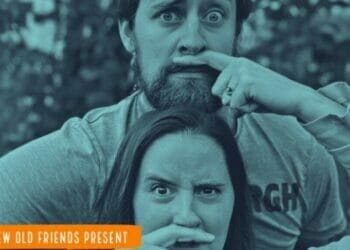 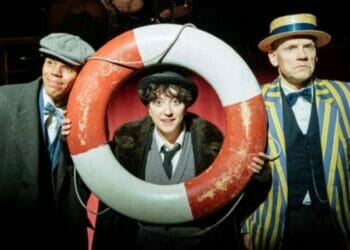 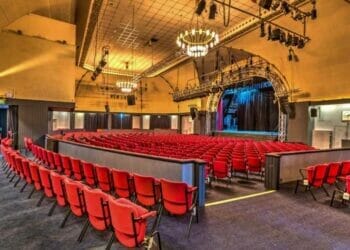