Nicholas de Jongh’s new play, Pricked Out, will play for 4 performances in a production without décor from 25-29 March.

A young man, lying asleep on a deserted beach, is woken up by another young man who has lost his bearings and needs help in discovering where he is. After beginning to question each other it quickly becomes clear that neither of them have any idea of who they are or where they find themselves. But did they perhaps know each other well a very long time ago?

From further along the beach come the sounds of something strange going on. Two young women, a Runner on a film set disturbed by a recurrent dream,  a middle aged figure adorned in long blonde hair and snoring in a deck chair, a retired Professor of English Literature form part of the puzzle. Finally somebody arrives swimming from the sea and the painful truth begins to emerge.

Nicholas de Jongh’s magic realist play Pricked Out delves into time past to pose questions and offers tentative answers about the one sensational and turbulent love affair of William Shakespeare’s life. 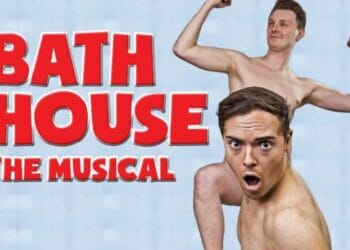