Southwark Playhouse today announces Nick Payne’s Constellations as the next show to follow the current run of The Last Five Years  and Philip Ridley’s The Poltergeist in its new socially distanced auditorium.

The production will play for three weeks from 26 November – 19 December 2020 to a live socially distanced audience of 110 (just under 50% of the usual capacity).

Nick Payne’s Constellations explores how even the smallest change in our lives can dramatically alter the course we take. It is a spellbinding exploration of love, science, heartbreak and hope.

Premiering at the Royal Court in 2012, Constellations went on to receive critical acclaim in the West End and on Broadway. It returns to London this Christmas, starring Ronkẹ Adékoluẹjo (Three Sisters – NT, Been So Long) and Oliver Johnstone (All My Sons – Old Vic, On Chesil Beach), directed by Jonathan O’Boyle (The Last Five Years, The View Upstairs).

Winner of the 2012 Evening Standard Award for Best New Play, Constellations speaks to the power of human connection against all odds

From December, The Little theatre space will stop becoming a bar and host a mini-season of three musical live streams: The Fabulist Fox Sister on 4 and 5 December, Public Domain on 11 and 12 December and Stay Awake, Jake on 18 and 19 December. All tickets for the livestreams are virtual and available internationally – there will be no live audience in the space. This mini-season comes after the success of the Playhouse’s first livestream from The Little last month, Before After starring Rosalie Craig and Hadley Fraser, which was watched by over 3000 people from 44 different countries across the world.

The current production at Southwark Playhouse is Jason Robert Brown’s The Last Five Years, which runs until 14 November. It will be streamed for 5 performances from 26-29 November 2020 via stream.theatre. After The Last Five Years, the world premiere of Philip Ridley’s The Poltergeist plays from 20-21 November 2020 with a live socially distanced audience and a simultaneous livestream.

For more info on all the shows and Southwark Playhouse’s Covid-19 measures, head to the website here: https://southwarkplayhouse.co.uk/whats-on/ 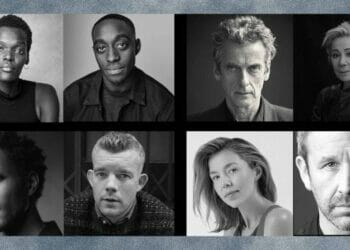 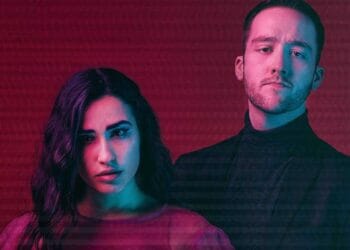