Park Theatre have announced their Spring 2022 season, headlined by Whodunnit [Unrehearsed] 2, a special fundraiser with a different celebrity guest each night taking on the role of Inspector in a farcical mystery.

Almost 40 celebrities will take to the Park200 stage completely unrehearsed to play the Inspector in a brand new farcical whodunnit as part of a vital fundraiser for Park Theatre in February and March 2022.

The actors, presenters and comedians will have their lines fed to them via earpiece as they attempt to crack the case of a stolen diamond, avoid the furniture and stagger their way to justice.  The first Whodunnit [Unrehearsed] in 2019 saw incredible spontaneous moments from a moustachioed Gillian Anderson, to Ronan Keating breaking into song, to Gyles Brandreth ad-libbing in Hungarian.

Celebrities will once again place themselves at the mercy of the earpiece – many returning, as well as some new faces – to support Park Theatre’s fundraiser following a difficult 18 months for theatre. Confirmed names so far include Clive Anderson, Gillian Anderson, Sanjeev Bhaskar, Gyles Brandreth, Michelle Collins, Adam Hills, Harry Hill, Ross Kemp, Joanna Lumley, Lee Mack, Stephen Mangan, David Mitchell, Tanya Moodie, Clark Peters, Meera Syal and Johnny Vegas. Following the show, the audience will be given the chance to ask the celebrity questions about what they’ve just seen.

Originally due to run March to May 2020, Clybourne Park will make its long-awaited return (16 Mar – 23 Apr). Winner of both the Tony and Olivier Award for Best Play and the Pulitzer Prize for author Bruce Norris, the satire about prejudice and the politics of race and real estate spans decades, starting in 1959 when Russ and Bev move to the suburbs and have sold their house to the neighbourhoods first Black family. Years later, the roles are reversed when a white couple buy the house in the now predominately Black neighbourhood. This new production comes back to London following sell out runs at the Royal Court and West End.

Taking a further look back into history, Ghosts of the Titanic (9 Mar – 2 Apr) is a new play exploring conspiracy theories, cover ups and a search for the truth in the days after the fateful sinking. After the loss of her fiancé, Emma Heyer tries to uncover reasons for his death as the cries of ‘fake news’ and distraction tactics try to steer her away from the murky truths of those who might have benefited.

Bringing the season up to the present day, Another America (6 – 30 April) sees three friends escape the internet and the real world in the wake of an election, the consequence of which still threatens to topple Democracy as we have come to know it. Also set in America, and a finalist for the Eugene O’Neill Award, Never Not Once (9 Feb – 5 Mar) is a new drama about Eleanor, a student with the best moms in the world but a desire to find out who her father is. When her boyfriend hires a private detective to find him, secrets get uncovered and past traumas re-emerge.

Artistic Director Jez Bond says: “We had such a great response to Whodunnit [Unrehearsed] in 2019 that we have brought it back with a whole new murder mystery and another astonishing slate of guest performers. As a theatre venue that receives no regular public subsidy fundraisers like this are vital to our survival, and the number of high-profile people who have offered to give their time and put themselves in the nerve wracking position of acting a role they have never seen before is absolutely humbling. I honestly cannot wait. We’re also delighted to welcome back Clybourne Park and Never Not Once after their pandemic cancellations, and completing the bill are two terrific pieces of new writing in Ghosts of the Titanic and Another America. We’re still riding high after reopening, thrilled to be welcoming audiences through our doors and looking forward to another great variety of shows for 2022.” 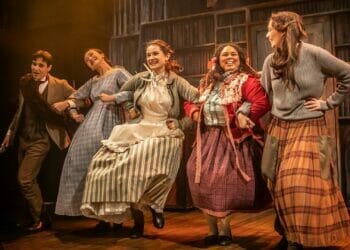 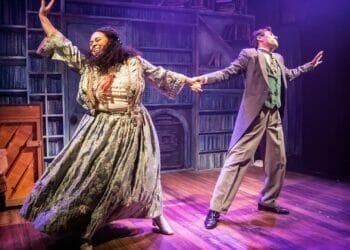 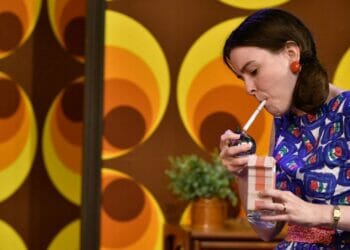