From Lights Down Productions, developed with support of Soho Theatre Young Company, comes Hear Me Howl – one woman, her drums and a whole lotta rage against the patriarchy. A comedy post punk pregnancy scare.

Jess is turning 30 when she presses pause on the conventional life she’s been living and joins a punk band. Sure, some might argue that punk is dead, others could say she should really stick to the day job, but the resounding concern is: shouldn’t she be settling down by now? From behind her drum kit, warming up for her very first gig, Jess lurches defiantly into an unknown future.

The play is a moving but hilarious late coming-of-age story, of a woman suddenly questioning the social expectations of her prescribed gender, all whilst throwing herself defiantly into the noise and politics of postpunk, joining a band and playing an instrument for the first time. While there have been many plays that have explored motherhood, pregnancy and the trouble women have to conceive, Hear Me Howl addresses the taboo issues of abortion and a woman’s choice to remain childfree.

Hear Me Howl had a previous critically acclaimed run at the Old Red Lion after a sold out work in progress performance at The Landor Space (previously The Landor Theatre) in March 2018 and one performance at Barbican Theatre, Plymouth, as part of The Plymouth Fringe in May.

Hear Me Howl is at VAULT Festival 30th January to 3rd February 2019. 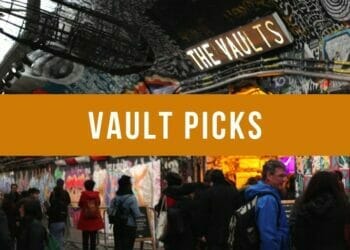