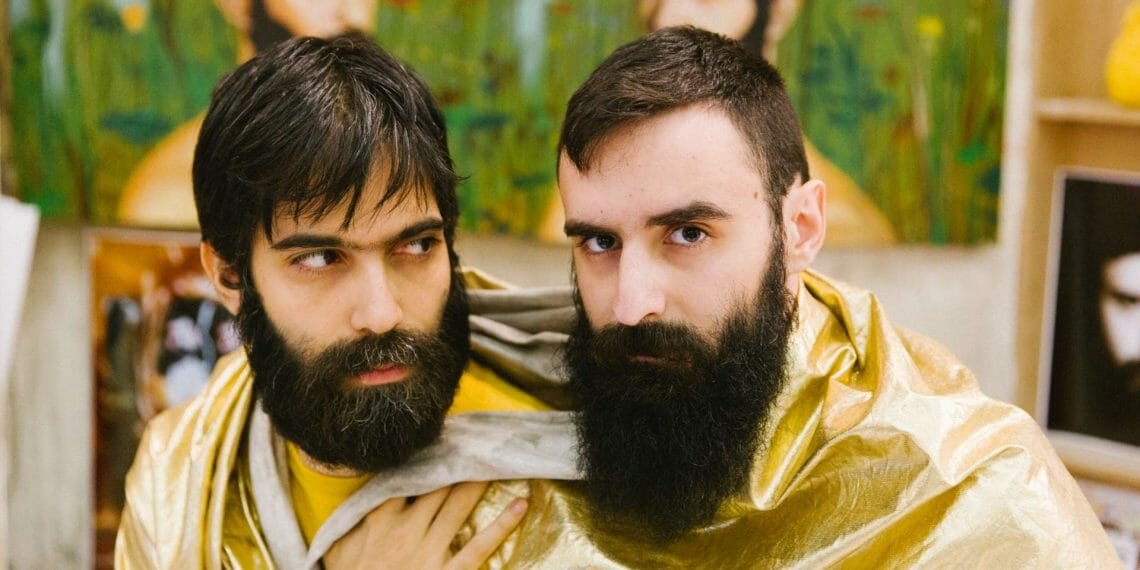 Greek performance duo FYTA are taking their critically acclaimed queer opera ORFEAS2021 to the screens for one night only at Whitechapel Gallery this September.

In a dramatic re-imagining of Monteverdi’s opera L’Orfeo, a violent death interrupts the celebrations marking the election of Greece’s first gay prime minister. Previously featured in film festivals including Thessaloniki International Film Festival and Wicked Queer (Boston), ORFEAS2021 will appear at the Whitechapel Gallery as part of the Fringe! Queer Film Fest, which showcases films, arts and events celebrating LGBTIQA+ stories from around the world.

ORFEAS2021 journeys through utopian politics, ideological conflicts and supernatural leaders as it follows the first gay Prime Minister of Greece struggling to carry the legacy of LGTBQ+ Greece in a post-truth dystopia. Featuring a cast of gods, monsters, queer activists and reformist politicians, ORFEAS2021 asks what progress means when alt-right imagery, nationalist myth making and enlightenment ideals clash on the streets of Athens.

The work is dedicated to the memory of Zak Kostopoulos (Zackie Oh), an LGBT performer and activist who was murdered in a homophobic attack on the streets of central Athens in 2018. The murder, which took place on a busy street while passers-by did nothing to intervene, sent waves of despair and rage through Greece’s LGBT community. ORFEAS2021 was devised in the weeks following Zak’s death and carries themes of grief, loss and trauma, reflecting the experience of its creators and personal friends of Zak. The screening at the Whitechapel Gallery marks the fourth anniversary of Zak’s death.

ORFEAS2021 is based on Monteverdi’s L’Orfeo and uses typical elements of opera – stylisation, emotional outbursts and gender-bending voice acrobatics – to amplify this classic of the genre with a futuristic twist. This production reworks the original opera and Greek myth through a contemporary lens, drawing on real life events and pitting queer cyber pirates against rainbow-washing ‘normies’ to create a kaleidoscope of alternative histories and post-truth critique. With a blend of strings, flutes and harpsichord with electronic sounds and amplified instruments, ORFEAS2021 presents a musical universe that transcends conventional understandings of historical periods and genres. This astonishingly visual opera combines a VR aesthetic with 80s-inspired hauntology and queer DIY collage to bring a provocative and moving exploration of melancholy, trauma and despair.

FYTA’s Fil leropoulos and Foivos Dousos say, Perhaps when one thinks about queer films today, they might expect a coming-of-age story, a clear political proposition, a life-affirming celebration of love. We are sorry to disappoint. In 2022, when everything is falling apart, we cannot provide a heart-warming crutch to our queer comrades. Our version of queer consciously chooses to be fragmented, contradictory, self-doubting; it chooses to fit nowhere and to ask the most difficult and traumatic questions.

A provocative, timely adaption of the ancient myth, but also a powerful commentary on contemporary Greek society… a visually exciting smorgasbord of imagination – Seen & Heard