Leading actors of the stage and screen Rachael Stirling and Alec Newman are set to star in Love In the Lockdown, a new topical online play with music, due to be released in nine episodes on YouTube next month from 4 March to 23 May 2021.

The drama, directed by Nicholas Renton (BAFTA-nominated Mrs Gaskell’s Wives and Daughters, Musketeers, A Room With A View, Lewis, Silent Witness), follows medieval musician Emilia (Stirling) and playwright Giovanni (Newman) in the early stages of an intense relationship, which starts with awkward early Zoom dates just before lockdown. Each short episode will be streamed in real time on the anniversary of some of the key points in Lockdown 1.0. Comedian, Impressionist and Actor Jon Culshaw has a cameo as the voice of Boris Johnson in episode 3.

Over 3 months, the separated lovers get closer. They also work on a project together, inspired by The Decameron by Boccaccio, a “14th Century box set” of 100 stories told by young people to while away their quarantine during the Black Death in Florence in 1348. Giovanni reimagines this work, drawing out parallels with the COVID-19 pandemic, while Emilia and her ensemble, played by real medieval music group The Telling, plan the music.

However, their relationship ultimately gets tested and the challenges they face lead them on a soul-searching journey to discover their artistic truth.

The drama is written by playwright and soprano Clare Norburn, with music performed by Norburn’s music ensemble The Telling, who are renowned for their concertplays which immerse audiences in a world where music and theatre collide.

Rachael Stirling comments: “Clare’s beautiful piece dramatises a lockdown experience of a live musician with the generous, funny and painful insight of her first-hand experience. She has written a drama for every creative who was told to retrain.”

Norburn was Inspired to write this play following her own experience of navigating a relationship long-distance during lockdown, the playwright says of the storyline: “I realised recently that I have written a kind of “La La Land in a pandemic” in that it follows an intense relationship between lovers from two different artistic worlds, music and drama, and how they ultimately learn through the relationship what their artistic truth is. Love in the Lockdown also charts the devastating effect the pandemic is having on those working in the Arts, with Emilia forced to stack shelves in order to pay her rent.”

Love in the Lockdown will be directed and filmed entirely over Zoom and by actors and musicians on their phones and recording devices. Each episode will be released on YouTube in real time, a year on from the point in 2020. The series can also be viewed in its entirety from 23 – 31 May. 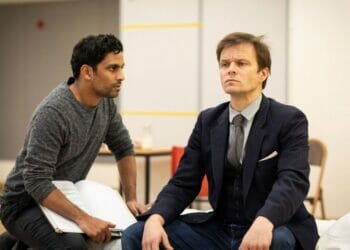 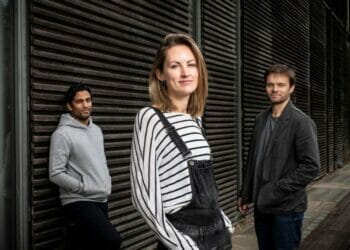 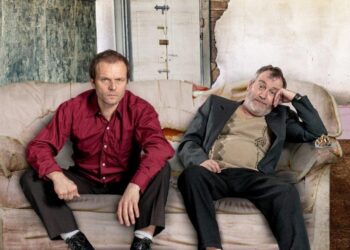