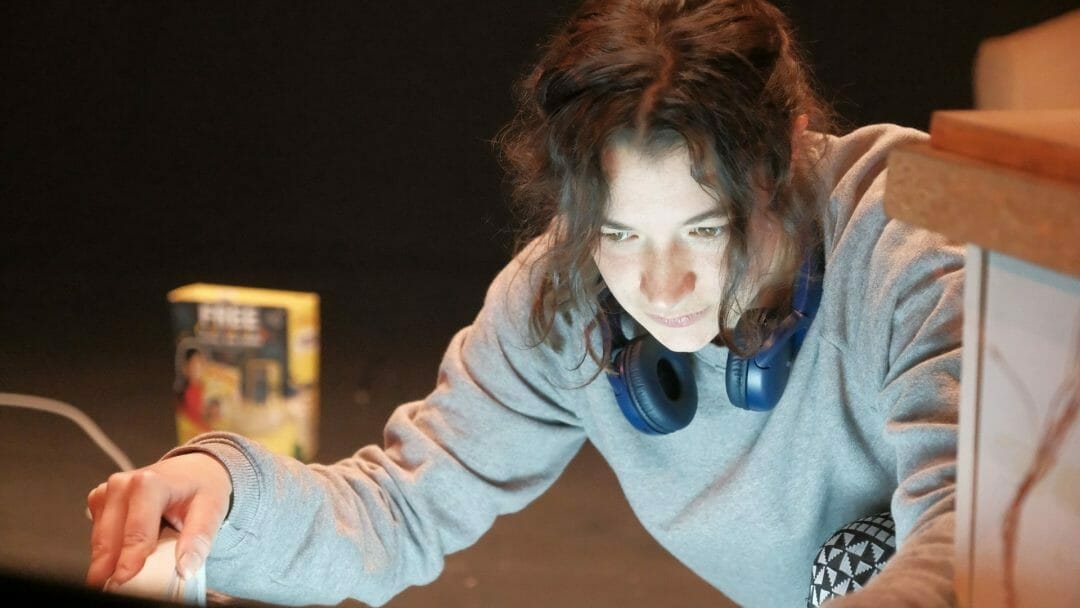 All By Myself Dazed New World Review Photo Credit Will Alder

All By Myself is a one-woman show, and part of the Dazed New World festival organised by Applecart Arts, and was filmed at their theatre. The piece is an insight into a woman’s evening as she was at home, living by herself. A YouTuber, the piece began with introducing you to her in this context. A white wall background behind her, carefully chosen, ‘lounging,’ costume, but teamed with makeup and hair styled to look natural and candid. The audience saw her in a video, but with her re-takes and mistakes before. The video cut to editing software so the audience could see how she selected the material for her final cut.

Cutting to a black box theatre space, dimly lit, with the woman in grey costume, the impression becomes that this woman is feeling low, and struggling. The insecure character hinted at in the retakes of her video, came to life. Played by Charlie Blandford, her facial expression and body language communicated much, making the audience aware of her reactions and feelings, and revealing her thought processes. Increasingly audible sounds, odd words, breathing, cries are heard, but no formal dialogue once she’s no longer filming herself; listening to her headphones the audience can’t hear what she hears, increasing her isolation.

Lily Howkins’ movement direction is surely the star of the show. The woman moves seamlessly from pedestrian movements to crawling across the floor by the end, shrinking away from things, using sharp, tight gesture and body language and sudden movements showing she is controlled by impulsive thoughts as she darts around the space from one piece of furniture to the next, focused on a mission, dragging and springing, cat-like. This transition from human to animal happens so subtly that the audience can’t remember where it began, suggesting it can happen to anyone unawares.

The piece was conceived and directed by Jessica Bickel-Barlow. The clever ideas are a confrontation to the audience, almost shocking, as the woman’s animalistic traits grow. It engages audience sympathy through the character’s repeated attempts to get things right.

There is much in All By Myself to relate to; the woman rearranging items countless times to make everything look candid, randomly throwing items about, but in reality carefully curating everything, before uploading the photo online. Her use of warm textures such as a blanket is a stark contrast to the dead atmosphere and dim white light, not a warm, homely hue.

All By Myself is full of relatable moments where the audience knows, ‘we’ve all been there,’ but taken one step further, they become frightening. However, the audience is left unsure what question the piece is asking, what its main point is; Is it right to be alone so much? Is what we present online and to others not who we really are, or who we are when alone? Is it being alone or being with others that makes us who we really are? The answers are unknown because the question is too vague.

More information about Dazed New World can be found here. 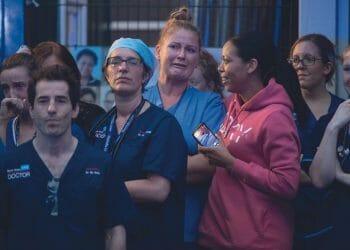 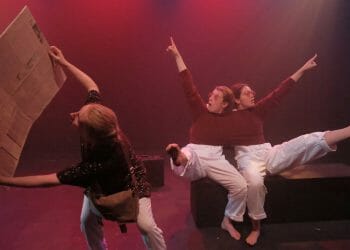 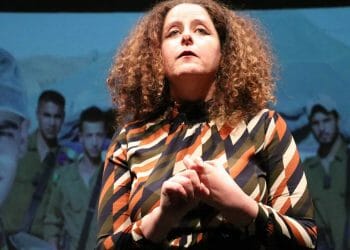 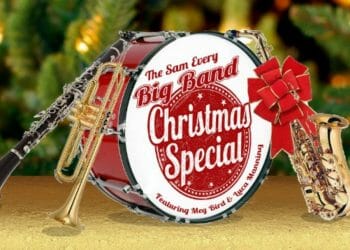 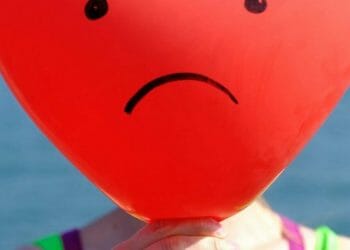