Imran Adams in All That Credit Lidia Crisafulli

Shaun Kitchener’s All That, part of the King’s Head Theatre Queer Season, soars wonderfully in the comic sections, but struggles to reach the same heights in its dramatic moments.

Let’s talk about the good first. Kitchener is a person who knows how to write kitchen-sink comedy. Victoria Wood would be proud of all the funny Kitchener finds in the mundane (fundane?), with Matt Greenwood’s Parker especially excelling, their fizzing energy buoying the audience to frequent belly laughs.

There are decent attempts made to explore character backstories, but it often feels like exposition; on more than one occasion, the characters began speaking with the voice of the writer, explaining in detail their life choices with all the subtlety of a leaflet at the doctor’s. The character of Jamie, in particular, does some truly heinous things during the play, but is strangely painted in a positive light, as if actively trying to break up a ten year relationship is no big deal.

The cast, thankfully, are mostly a delight to watch, imbuing scenes with natural charm. The standout is Chris Jenkins’ Riley, Britain’s answer to Patrick from Schitt’s Creek. Sweet, dopey and exuding big ‘cool dad at a barbecue’ energy, Jenkins is nonetheless able to put himself through the wringer in the more emotional scenes.

His partner Taylor, played by Jordan Laviniere is an able match, tightly wound and visibly repressed just as the character demands, and he connects well with all his scene partners. Matt Greenwood is wonderful as Parker, bringing just the right mix of flighty and feisty, though the stilted dialogue robs their dramatic reveal midway through the play of some of its power.

Of the quartet, only Jamie, played by Imran Adams, feels a bit out of place. Impossibly cool to the point of irritating, Adams never feels fully connected to the material or other people in the scene, struggling to match their energy or, in some cases, overdoing the aggression in a way that doesn’t feel warranted by the text.

In the role of designer, Delyth Evans has created a perfect facsimile of a two-up two-down middle class house, an IKEA supplied slice of paradise. There are some lovely lighting choices from Jack Weir, especially during the transitions, using colour to highlight Jamie and Parker’s influence on Riley and Taylor.

The direction from James Callàs Ball is mostly strong and clear, making sure the comedy beats land as they should, but there was a tendency for the actors to go too far in the more energetic moments, particularly the arguments. In such a small space as the King’s Head, prolonged bouts of screaming at each other can become wearing quickly – as with everything else in this play, if the drama had had the same level of consideration as the comedy, The play would be far stronger for it.

There’s a concept behind All That, and some interesting ideas raised, but it needs a firmer hand on the steering wheel to really unpack what it all means.

All That at The King's Head Theatre Credit Lidia Crisafulli

Event
All That at The King's Head Theatre
Starting on
August 30, 2021 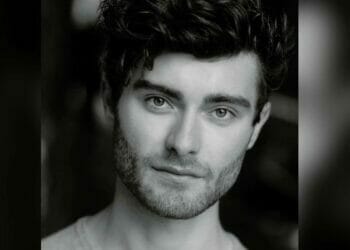 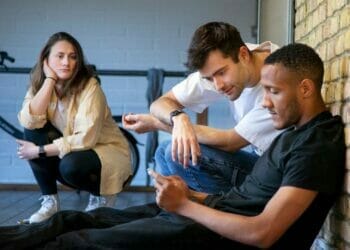