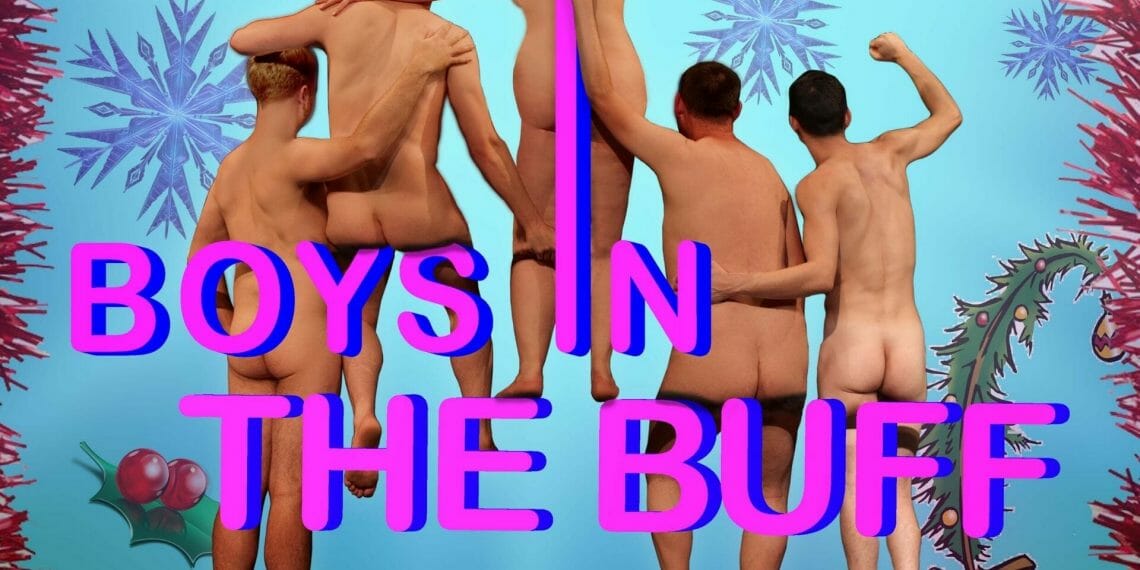 If you can’t guess from the title, Boys In The Buff, is about the human body and does feature some full frontal nudity. Presented again by LAMBCO Productions, this comedy cabaret comes to The Drayton Arms, and serves as a very stark alternative to the traditional Christmas family show.

This isn’t the first outing for Boys In The Buff in London, having previously run at both Stockwell Playhouse and The King’s Head Theatre, it also enjoyed a UK Tour and Edinburgh Fringe run under the name of Skin Deep.

The show is not quite as voyeuristic as it sounds; yes there’s nudity on stage (and at two special performances, the audience will also be invited to disrobe), but as with its previous runs, it also comes with a more serious message about body image.  For those of us who didn’t spend successive lockdowns taking home fitness classes, and instead exercised our jaws by comfort eating, that topic may suddenly be forefront of our minds again.

The show features a cast of four boys and is hosted by Diana Diamonte, played with a touch of sparkle by Katarina Zofia.  There’s not so much a story, but rather a journey to follow, as we explore each of the boys through their own concerns about how they look.  It’s hard to imagine this cast could have any misgivings about their appearances, but that’s the point of the show; to reveal what other people think about themselves.

Boys In The Buff is more cabaret than striptease; the cheesy disco classics soon giving way to a variety of musical theatre inspired tunes from Chris Burgess.  The theme is further hammered home with song titles like ‘Does My Bum Look Big In This’ and ‘Size Doesn’t Matter’. We even get some Shakespeare and a little bit of ballet, even if it is performed in a most unusual way.

The boys, who eventually are to be seen in the buff, are Aaron Blackburn, Aaron Wood, Louis Van Leer and Samuel Howe-Barrett.  Each of them playing a different version of masculinity, and each having a variety of musical numbers to entertain the audience with.  Aaron Wood is the strongest vocally and also seemed most comfortable with the character he needed to portray.

The cast did seem a touch subdued in the early part of the first act, and while they did pick up the pace as time went on, supported by Robbie O’Reilly’s glammed up choreography, it all felt flatter than needed to really get the audience hyped up. The odd sound issue also didn’t help, and while audience participation is always fun, maybe getting someone up on stage needs to be ditched in the current circumstances.

In fairness, Boys In The Buff is facing an uphill battle, not only do the cast need to strip nightly, they are doing so in front of a more cautious and ever-thinning audience due to new developments in the pandemic.  This is, and never will be, high-brow entertainment, but it’s not supposed to be, despite lacking the bravado and confidence of previous versions, there’s enough fun and laughs to help us feel a little less guilt over our lockdown behaviours.

Boys In The Buff is at Drayton Arms Theatre until 9th January 2022. 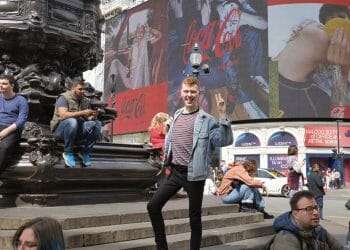 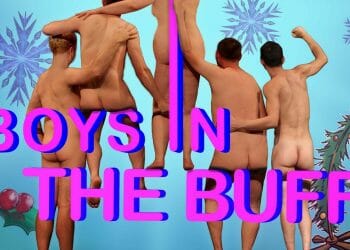 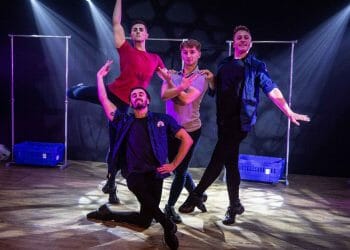 Review: Coppelia at The Garden Theatre 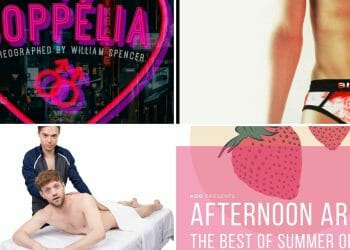 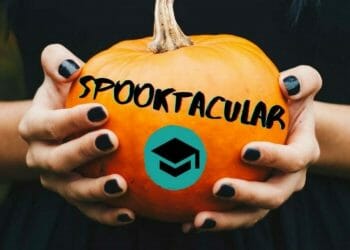