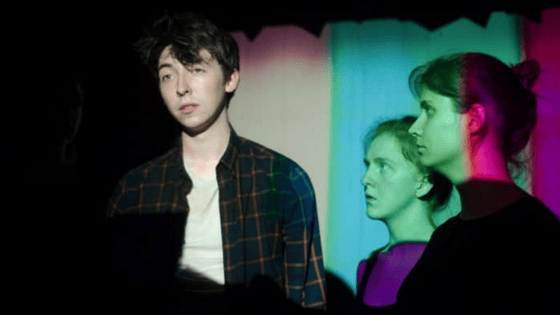 Returning to The Baron’s Court Theatre for a second and extended run, Dante’s Divine Comedy takes a 700 year old narrative poem and injects some modern day life in to it.  Adapted and directed by Douglas Baker, the audience are taken along on a journey through a world which, when it was written, had never been imagined in this way.

Dante Alighieri, who wrote the original, has been exiled for a long period of time and is on the verge of committing suicide.  The Roman poet, Virgil, appears and offers him to show him what no mortal has seen before; Hell, Purgatory and Heaven.  Virgil takes Dante through each of the circles of hell, encountering an impressive mixture of characters, all who are damned to eternity.  Dante meets some familiar faces along the route, who urge him to change his ways, lest he suffers the same fate as them.

The journey continues into Purgatory, which in very British fashion involves a long queue and a ride on the Underground.  Virgil can take Dante no further, and it falls to Dante’s long deceased lover, Beatrice, to introduce him to the cold and emotionless lower echelon of Heaven.

The term ‘comedy’ refers to the style of writing of the period, but there are a few laughs sprinkled in to the complex prose, which is less burdensome and modernised in this version.  We do find 21st century elements creeping their way into both the text and the performance, but has it been fully updated? Probably not; we do hear a character exclaim “bollocks” and St. Peter is a high-vis wearing gangster type, to modernise it further may well have damaged the allegoric and philosophical nature of the story.

Preview: The Ministry of Biscuits at Barons Court Theatre

The production does look very visually appealing, the use of torches to cast long shadows, combined with a mix of classical and modern music, creates a very strong ambiance in the intimate space of The Baron’s Court.  Projections are used wonderfully, the animations by Matthew Kirke & Douglas Baker, bringing an ethereal vibe.  Audience members seated in the side seats may miss some of the visual effects from these projections, but should still be able to get a good feel for what’s happening.

The enthusiastic cast commit fully to the staging, movement by Matthew Coulton is particularly strong, helping create a world any of us can only imagine.  Alex Chard as Dante gives a highly compelling performance and really does manage to bring this ancient character firmly in to the modern day.  Alongside Jack Blackburn as Virgil, who also opens up the character and gives him a unique twist.

Dante’s Divine Comedy is a remastering of an old classic, exploring a search for emotional and spiritual truths, with the audience very much invited in to the fold.  The modernisation works well, and allows for strong choreography and visual effects to support the cast in their ninety minute journey through the underworld and beyond. 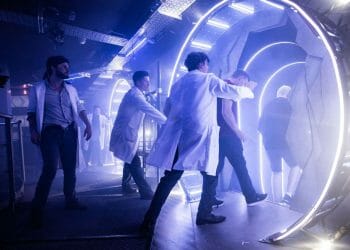 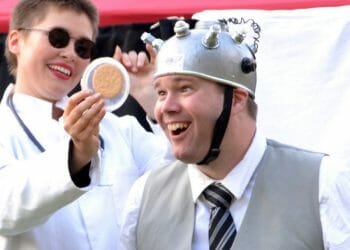 Preview: The Ministry of Biscuits at Barons Court Theatre 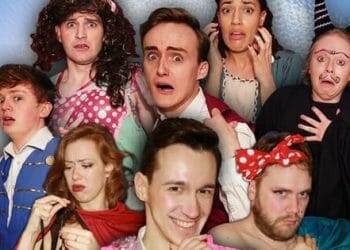 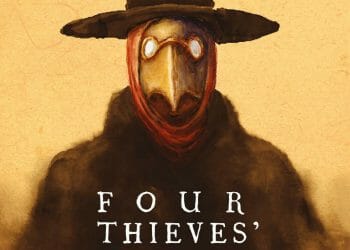