In a friendship that spanned three decades, American poets Elizabeth Bishop and Robert Lowell penned over 400 letters to each other.  Everyone of them has been published in book form, exposing a complex relationship that inspired each of their works in some way, Sarah Ruhl adapted that correspondence into the play Dear Elizabeth.

Ellen McDougall’s version of the play previously ran at The Gate Theatre and now returns to the Gate’s new (larger and socially distanced venue) The Gate @ Theatro Technis.  At each performance, the roles of Elizabeth and Robert are played by different actors, with no one actor ever appearing twice in the run.

But there’s a further twist to McDougall’s Dear Elizabeth.  When the 100 minute play begins it is the first time the two performers on stage have met, it’s also the first time they’ll have picked up the script.  No rehearsal time, no opportunity to learn lines or explore character motivations, it’s all about performing in the moment.

The result is that the performers uncover Elizabeth and Robert’s relationship as we, the audience do, the only difference is they are also performing the text and trying to navigate McDougall’s very specific stage directions, which ensures this is more than a table read for the audience.

The press night cast featured Martins Imhangbe as Robert and Roberta Livingston as Elizabeth. Both seemed uncertain at first, but within a few minutes had settled into the concept, surrendering to whatever instructions they were presented with next.  Part of the joy of this performance is seeing the performers natural reactions to new revelations, and Imhangbe and Livingston both exhibited such warmth it was easy to fall in love with their performances.

With a traverse stage and a set that comprised two desks facing each other, some members of the audience will have missed some of the key facial expressions, as one of the performers will have had their backs to them for most of the play.  However, Imhangbe and Livingston seemed to recognise this and made a conscious effort to address those audience members when movement was allowed, or when another prop was delivered through the gameshow style curtains.

Ellen McDougall’s vision for this play isn’t a first, but it remains an innovative concept, and one that adds an extra layer of intrigue for the audience. While it’s true the cast haven’t rehearsed, McDougall has meticulously rehearsed the production with stand-ins, ensuring the production is well paced, and professionally delivered.

Exploring Bishop and Lowell’s relationship is a fascinating journey of romance and mental health issues.  Ruhl’s script brims with a passion and intrigue that is compelling enough on its own, but McDougall’s imaginative interpretation casts a new light on Dear Elizabeth that makes it an experience rather than a performance.

Dear Elizabeth is at The Gate @ Theatro Technis until 18th September 2021. 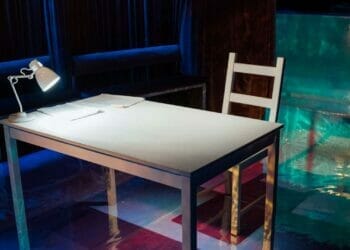 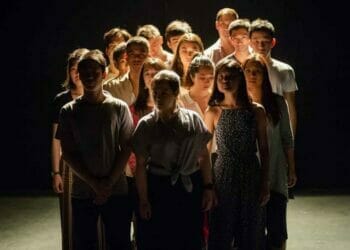 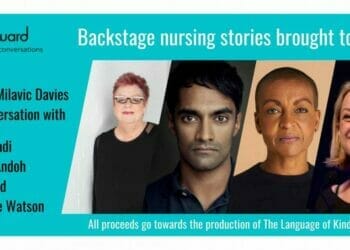 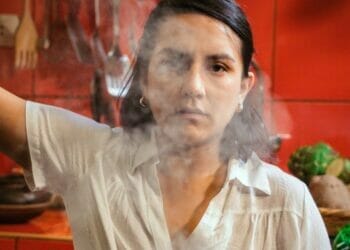 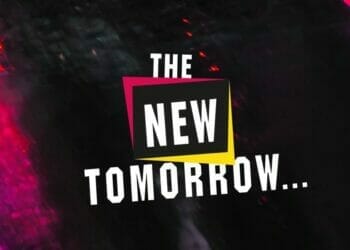 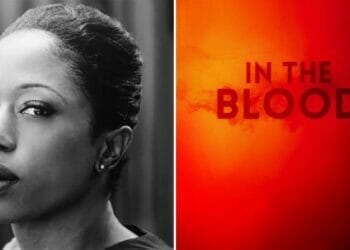 Donmar Warehouse Announces Casting For In The Blood