Review: Dial M for Murder at King’s Theatre Edinburgh and On Tour

Dial M For Murder is a high-intensity, gloriously silly thriller about the trust we put in our partners and the lengths we will go to exact revenge when that trust is broken. Written by Frederick Knott in the years after the Second World War, later to be adapted into a 1954 Alfred Hitchcock film, this sleek and stylish drama runs at the King’s Theatre, Edinburgh from Monday the 24th to Saturday 29th February.

Thrillers as a genre (especially in theatre) often over-indulge themselves in their elements of suspense and make the mistake of taking themselves too seriously, lacing the scenes with grand overacting and various unnecessary bells and whistles. Thankfully, this production is guilty of no such thing. While they remain true to the intensity and urgency of the plot, characters and their intertwining relationships, the production is refreshingly self-aware of the almost farcical nature of the situation, occasionally winking at the audience that they are aware that they are completely wallowing in the ridiculousness of Knott’s original script, yet they know they look great doing it.

Anthony Banks’ nostalgic and smooth direction expertly transports the plot and themes, along with the characters into modern day, applying universal mannerisms to the characters that make the whole piece seem timeless, rather than it’s timely original. Accompanied by David Woodhead’s gorgeous, no-nonsense set, existing totally for the functionality and progression of the story, Banks’ production definitely reminds audiences of why Dial M For Murder is such a classic.

The four cast members each demonstrate masterclasses in suspense & comedic timing in their own right. Tom Chambers is captivating in his animated, flamboyant portrayal of Tony Wendice, as is Michael Salami as Max Halliday, effortlessly portraying this tortured hopeless romantic. Sally Bretton & Christopher Harper truly shine in the thriller, however, keeping the audience hanging off of every word and gesture, and showing a great deal of respect for the original text while tastefully acknowledging the time in which it is now being performed.

Another excellent, minimalist addition to this classic thriller is the music that accompanies its scene changes. Classic throwbacks to the 50s and 60s, orchestrating the gradual unravelling of Tony Wendice’s character. The addition of The Beatles’ ‘Tomorrow Never Knows’ with subtle strobing lights, designed by Lizzie Powell, before the climactic final scene is particularly brilliant.

This production of Dial M For Murder is truly a wonderfully fun night out at the theatre, for theatre veterans and those who aren’t as familiar. Regardless of your preference, this lavish production will have you laughing and at the edge of your seat at the same time.

Event
Dial M for Murder at King’s Theatre Edinburgh and On Tour
Starting on
February 24, 2020 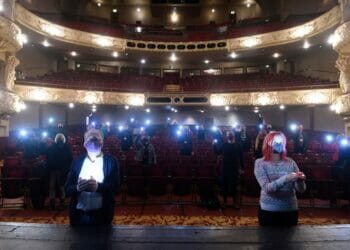 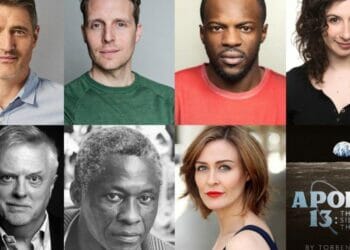 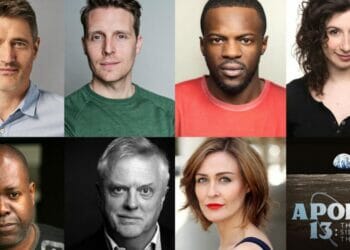 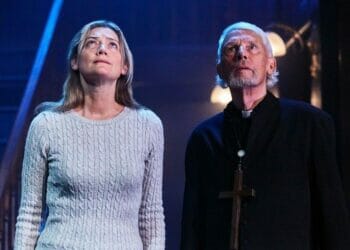 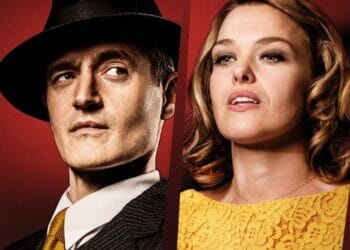 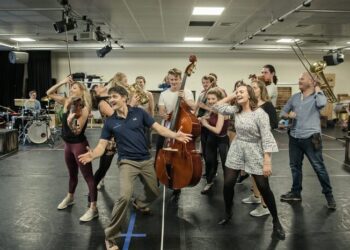 First Look: Crazy For You UK Tour in Rehearsal