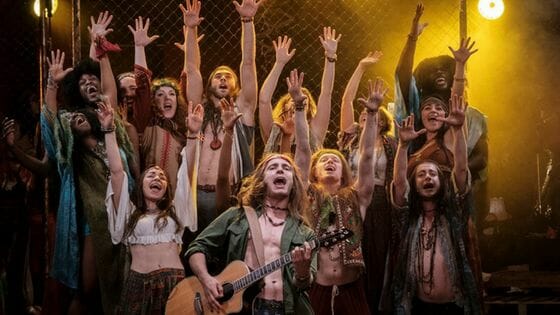 Review: Hair The Musical at The Vaults

In the fifty years since Hair The Musical was first staged, and it feels like the world has come full circle, with so many of the same issues, such as war and inequality, still hanging over our heads like a great cloud of funny-smelling smoke. There are far less hippies around than there were in the sixties, but that ideology hasn’t disappeared, it’s simply evolved with the generations into a new kind of rebellion.

The musical itself has evolved too, with the version currently playing at The Vaults, and directed by Jonathan O’Boyle being revisited by writer, James Rado, to bring it back in line with the original vision he had with co-writer Gerome Ragni.  Going back to its fringe heritage, there’s a veiled reference to Trump and a new song that has only previously been in the movie version, it feels far more accessible and genuine than any big stage production ever could.

Before you set foot in the theatre, you experience a mini Woodstock vibe, with comfortable chill out areas and merchandise stalls dotted around the faux festival. I could have sworn I could even smell hashish, as the entire ambiance tricks your senses and transports you to the summer of love.

Inside, the ceiling is adorned with brightly coloured prayer ribbons making it feel like a giant tent, designer Maeve Black has excelled in bringing the era to the guts of Waterloo. Ben M Rogers’ lighting is a psychedelic explosion of wonder, creating the most stunning backdrop to already beautiful staging. In the scene where Claude, magnificently played by Robert Metson, is tripping on a hallucinogenic, you could almost be part of it, with the neon colors bursting and popping.  The use of a giant cloth, to convey so much, is inspired.

In terms of choreography, William Whelton has perfectly captured the spirit of the tribe. Often the entire cast move as one, their half-naked bodies writhing and intertwining in simply divine floral motifs. It looks care-free and easy, but you can see the work that has gone in to creating the moves.

Andy Coxon is undeniably wonderful as far-out hippy Berger, he struts around the stage with just a hint of Woof’s beloved Mick Jagger, oozing sex-appeal and charm, and with vocals which gives the audience a definite high.   Liam Ross Mills brings a certain innocence to Woof making the character more endearing.  The female roles in Hair don’t get as much of the attention, but Jessie May as Jeanie and Laura Johnson as Sheila still manage to deliver on their performance and there’s some incredible vocals from Natalie Green too.

The desire from Rado was to make this the definitive version of the musical, it certainly seems the creative team have accomplished that, and so much more.  The stunning look and the exceptional cast of Hair The Musical will sweep you up in a wave of ecstasy, for some it will be nostalgic, for others a revelation, for everyone it will be an unforgettable and joyous experience. 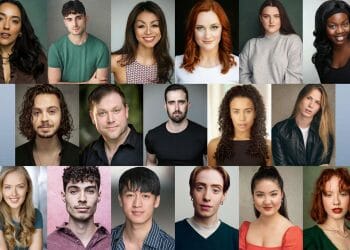 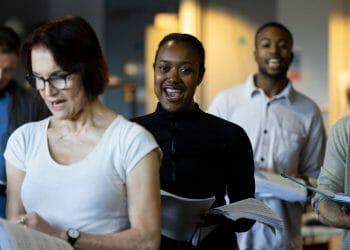 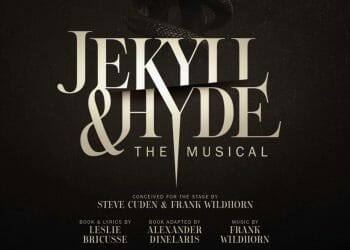 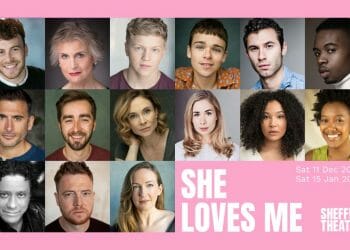