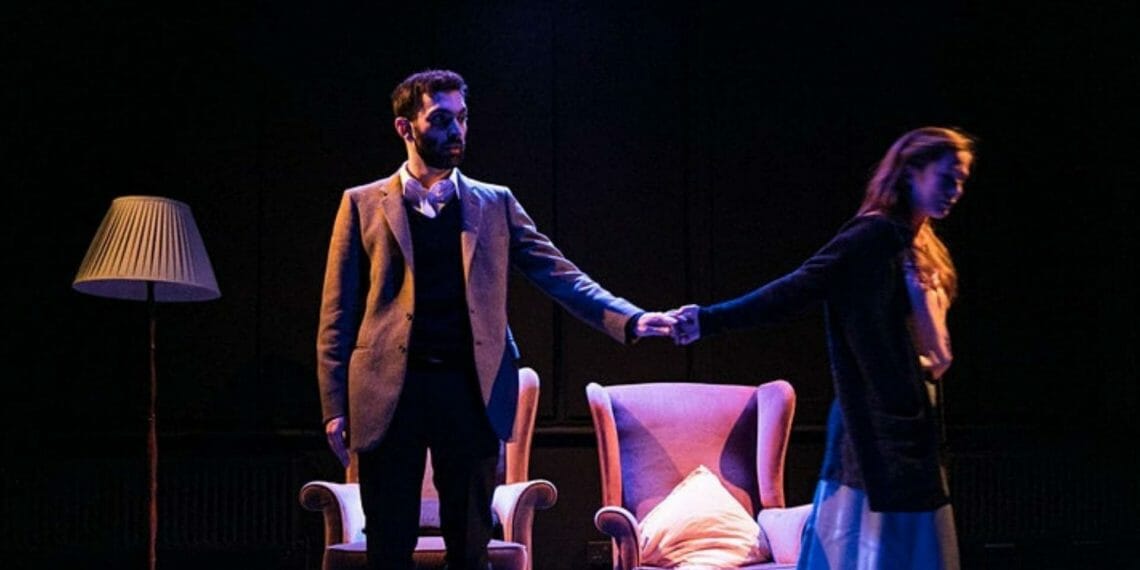 In Other Words Off The Middle Theatre

Specially adapted for an online audience following its successful theatre run, In Other Words, is a thought provoking and visceral play.

Written by Matthew Seager, the play highlights the effects of Dementia and Alzheimer’s Disease, by looking at the effect it has on one couple, Arthur and Jane. With flashbacks, reflections, and direct audience address, the non-linear structure of the piece itself mirrors the mind of an Alzheimer’s patient.

The piece feels cohesive and focused. It is beautifully presented, with a simple set design that the actors navigate well. The lighting design by William Alder, and sound design by Lida Aino, fit seamlessly with the action and story to highlight moments and externalise the thoughts and emotions of the characters, as well as creating a sense of time and place.

In Other Words is infused with dance and movement choreographed by Romayne Etwaroo and Holly France, which plays a central role in the story of Arthur and Jane, and their romance and relationship with each other. This element brings a depth to the story; it is not just about Alzheimer’s Disease, but it is about people and relationships. The play is well-rounded and whole.

The actors are excellent in portraying the many layers to their characters. Matthew Seager plays Arthur, and creates a depth to his character that makes his change when he becomes unwell even more impactful.

The portrayal of the symptoms of Alzheimer’s, both physically and mentally, is well-researched and sensitive, enhanced by Seager’s first-hand experience of volunteering in a care-home, an experience which prompted him to write the play in the first place.

His wife, Jane, is played by Lianne Harvey. Harvey creates a character that displays a wealth of emotions, thoughts, and subtexts through her facial expression and body language, and her whole body exudes her personality and depth. Vulnerable and complex, Harvey’s use of space and pace communicates her thoughts and feelings about Arthur and her own life. Both actors, under the direction of Paul Brotherson, make full use of moments of direct audience address to tackle difficult subjects.

Every element of In Other Words, from the design, to choreography, to lighting and sound, and the acting itself, comes together to produce a very real and human story, with a message that evolves, rather than being an add on, making it’s messages go straight to the audience’s hearts with impact.

In Other Words is available to stream here until 10th October 2021. 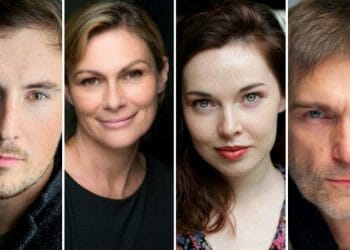 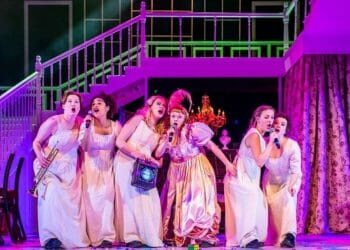 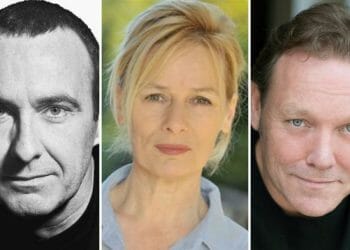 Cast Announced for UK and US Tour of An Inspector Calls