Take the time to think about it and you’ll lose count of the different versions of Cinderella we have been served up on stage over the years, from Soho Cinders to the traditional pantomime, the story is ingrained in the public consciousness, and that’s without mentioning the Disney version that was probably the first introduction for all of us.  But back in the late Fifties, Rodgers + Hammerstein’s Cinderella was made especially for TV; it was a big event at the time and was subsequently remade twice.

Then, rewritten by Douglas Carter Beane, the show finally made it on to a stage in 2013, and for the first time ever in the UK, this new adaptation was performed in a semi-staged concert at Cadogan Hall.  Quite why it has taken so long to reach us is a mystery, because under the direction of Jonathan O’Boyle, along with the accompaniment of the 21-piece London Musical Theatre Orchestra, Rodgers + Hammerstein’s Cinderella is quite the sight to behold.

This was of course a semi-staged production, but elegant projected animations brought Cinderella’s world to life. The story is the one that we all know and love, but with a few modern twists – don’t worry, there’s still a Fairy Godmother, fabulously played here by Dianne Pilkington. While we all want our heroine to marry Prince Charming, in this version it is Prince Topher who throws a ball to find a wife.

The sheltered young Prince has been raised by The Lord Protectorate (Jérôme Pradon) until it is time for him to take control of his Kingdom.  But that Kingdom is rife with social inequality and young revolutionary Jean Michel (Dean John-Wilson) wants their new ruler to know it.  Ultimately it is Cinderella who shows Prince Topher the truth, while at the same time introducing the Kingdom to kindness and compassion.  This may not be the Disney version, but it’s every bit as magical.

Rodgers + Hammerstein’s Cinderella is also unexpectedly light-hearted, with more than a few comedy moments.  Don’t for one minute imagine this means bawdy pantomime humour, but genuine laughs that emerge from the well-written and detailed characters. That Rodgers + Hammerstein score is everything you could hope for, and more.  ‘Gavotte’ and ‘Waltz for a Ball’ were just two of the moments where The London Musical Theatre Orchestra, under the direction of Freddie Tapner, took the limelight, but in reality, every single note sounded like the kind of perfection that could only be found in a glass slipper.

A superb principal cast brought the score to life, Mazz Murray gave a wonderful performance as Madame (who you might know as the Wicked Stepmother), and at certain points could easily have elicited a few boo-hisses had this been a panto audience.  Jodie Jacobs as Charlotte (a step-sister) delighted the audience with every line she delivered, while her ‘Stepsister’s Lament’ earned one of the most thunderous ovations of the night.

As our leading lady, Christine Allado really was the belle of the ball.  Her beautiful vocals drifted through Cadogan Hall with such confidence that the audience were utterly enchanted.  Allado also gave the sense that although the character is mistreated by the step-mother, there’s a fierceness bubbling just under the surface, it was a wonderful take on an iconic character.

Jac Yarrow, who recently made is professional debut as Joseph at the Palladium, looked most at home in the concert setting, barely glancing at his script he delivered a truly astonishing performance while engaging fully with his audience.  Yarrow brought to this character a youthful exuberance which made Topher even more charming than the original Prince.

It is worth bearing in mind that these one-night concerts do not have the luxury of long rehearsal periods or lavish sets, so to be able to present such an accomplished piece is almost the equivalent of turning a pumpkin in to a golden carriage.  But, that is what this UK Concert premiere of Rodgers + Hammerstein’s Cinderella achieved, a gorgeous score and perfect performances combined to create a truly magical evening.  Now, who will be the Fairy Godmother who brings us a fully staged run of Rodgers + Hammerstein’s captivating Cinderella? 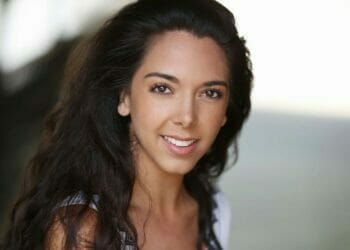