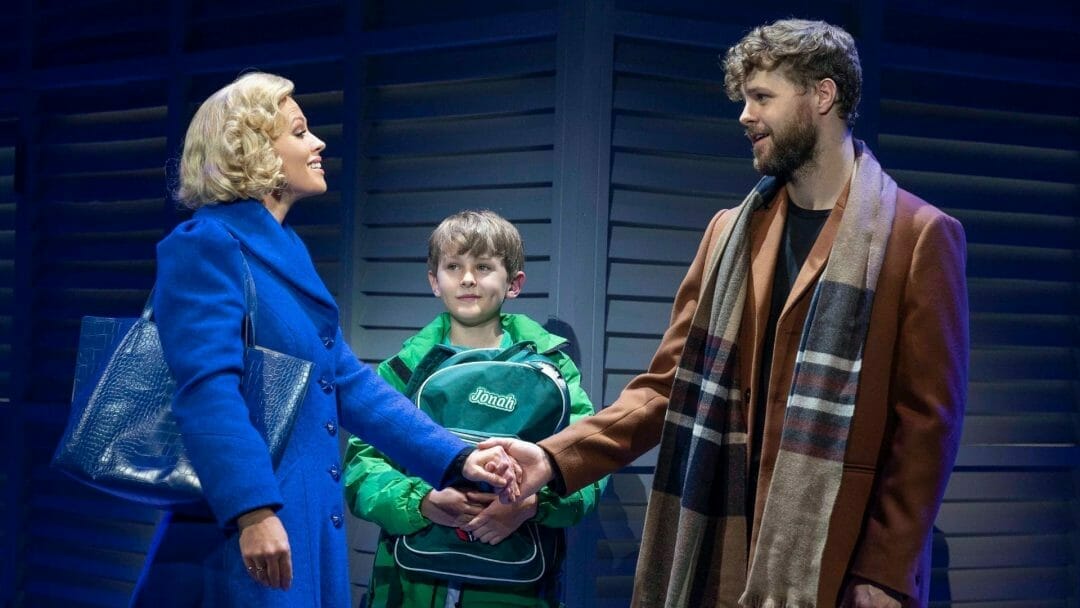 Sleepless: A Musical Romance, based on the 1993 movie Sleepless in Seattle starring Tom Hanks and Meg Ryan, has not had an easy ride.  Its first attempt to open in London a few years back ultimately didn’t happen and aside from a short preview run at Christmas, March 24th of this year was to be the date Sleepless finally premiered, but we all know what happened next.

While the pandemic delayed Sleepless, it also meant that this musical went from being one of many musicals to open in London, to the musical to open in London.  Or, at least the very first to open indoors under new Covid restrictions.

Michael Burdette’s book stays exceptionally close to the original film, Sam (Jay McGuiness) moves with his son Jonah to Seattle shortly after becoming widowed.  His son’s late-night call to a radio station means Sam becomes one of the most eligible bachelors in America, attracting the attention of reporter, Annie (Kimberley Walsh), and a love story between a couple who have never actually met begins to develop.

The physical distance between Sam and Annie could be a metaphor for this time of Covid, something that is thankfully kept out of this throwback in time. However, Director Morgan Young, and indeed the entire creative team, have had to work harder than perhaps any creative team in history to get this show mounted in the most difficult of times.  The cast are in a social ‘bubble’ (and are tested daily) meaning social distancing can be dispensed with on stage, but not for the audience.

With the theatre only 30% full, the atmosphere is slightly lacking, and it took the opening night audience a little while to warm up, perhaps we were just out of practise.  Warm up we did however, and by the final touching scenes we had all fallen in love with these star crossed lovers.

Morgan Large’s set design, combined with Ian William Galloway’s video design, utilises clean lines and a central resolve, with the main feature constructed of Perspex, the whole look and feel is a nod to Sam’s profession as an architect, but it allows for us to swoop from JFK, to the Rainbow Room, and to the top of the Empire State Building in a mere matter of seconds.

New British writers Robert Scott and Brendan Cull, are the team behind the music and lyrics of Sleepless. This is no big song and dance musical, it leans more towards the structure of a play, and feels more cinematic in style, but that said it does have a delightful toe-tapping inducing score.  With a hint of jazz running throughout, there are a few standout songs, Sam’s ‘Everything’ or Annie’s ‘Things I Didn’t Do’ are beautifully poignant, but it’s the more fun numbers featuring Rob (Cory English) and Jonah (on press night, Jobe Hart) that really sparked the audience’s attention.

Jay McGuiness and Kimberley Walsh have an undeniable chemistry, even more astonishing given how little stage time they share, perhaps it comes from their recent pairing in Big at the Dominion Theatre, but wherever it comes from, it’s marvellous to watch.

McGuiness creates the kind of Dad figure that we would all have wanted growing up, and his rapport with his on-stage son is captivating, his strong yet easy to watch performance is truly touching.  Walsh is equally as strong in the role Annie, giving us the most sensational vocal performances, and engaging well with the audience.  There’s a good dynamic between Walsh and Tania Mathurin as Becky, but we have the most fun when the fantastically funny Harriet Thorpe is on stage as Annie’s mother.

Despite Jay McGuiness and Kimberley Walsh’s formidable double act, it’s the role of Jonah that really resonates, Jobe Hart’s energy spread through the sparsely populated auditorium and left us reeling in the joy of live theatre once again.

In the movie, there’s a line where Annie says “Destiny is something we’ve invented because we can’t stand the fact that everything that happens is accidental.”  Whether by destiny or by accident, Sleepless: A Musical Romance has, despite early setbacks, become literally the only show in town.  If we have to live with socially distanced musicals for the time being then Sleepless has drawn up the blueprints, and succeeded in awakening London Theatre. 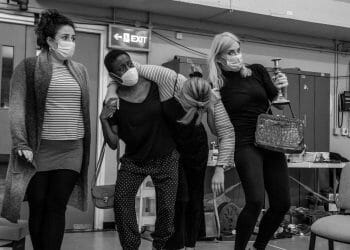 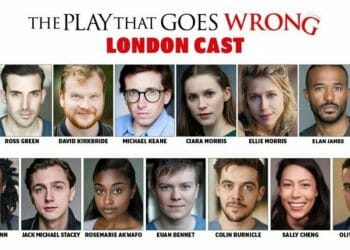 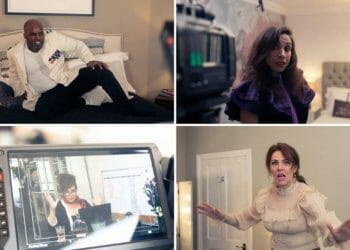 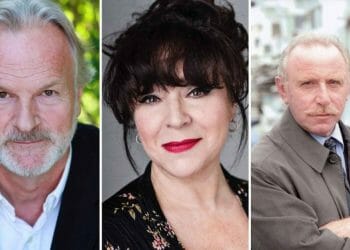 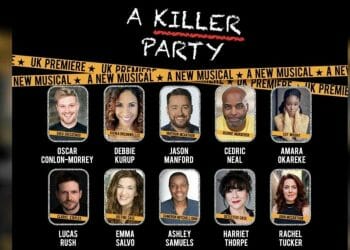 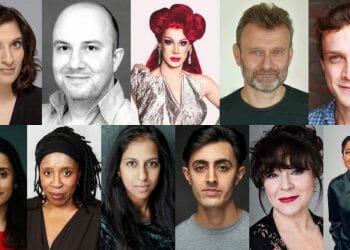