It’s been thirty years since Eric Bogosian’s Talk Radio was first performed in New York, and now makes a timely appearance in London at The Old Red Lion Theatre, directed be Sean Turner.  In the era of ‘fake news’ the themes explored in the play seem as relevant in the context of Trump as they did in the time it was written.  Many people will be more familiar with the 1988 film version which expanded and further dramatised the plot, this stage version is far more of a philosophical exploration of the human psyche.

In the UK our experiences of Shock Jocks tend to come from America; as much as LBC may try to find the most controversial hosts, they pale in comparison to the likes of Howard Stern.  Talk Radio is set in a Cleveland radio station where host of Night Talk, Barry Champlain, is about to see his show syndicated nationally.  Throughout the course of one airing Barry takes calls from listeners, usually insulting them and pouring scorn on their opinions, before abruptly disconnecting the call.  The network executives are listening, and between callers the station manager and two producers frantically try to keep Barry on track.

It’s only as you browse the programme you realise that the voices of the callers must be pre-recorded, yet Matthew Jure as Barry interacts with them perfectly.  It feels genuinely like the calls are coming in live and the conversations are real, something which, I suspect, is much harder to do than it appears.  Jure really does capture the spirit of the character, and maintains a high energy delivery throughout.

In the role of Kent, Cel Spellman brings in a flawless performance.  Despite his youth, it’s like watching an actor with decades of experience delivering an oft-played character.  It’s not a particularly large role, but requires a wide range of skills, and Spellman pulls them all off with considerable ease.

The remaining characters are all given one short monologue to explain their relationship with Barry.  Station Manager Dan (Andy Secombe) discovered Barry and created the persona he now displays, Stu (George Turvey) gave up his own career to work for Barry and now reveres him in messiah like fashion, and Linda (Molly McNerney) is the on and off love interest.  These ‘behind the scenes’ elements are fascinating, but far too short.  Part way through act one and early in act two, you’re hoping that the phone lines go down, so that you have less callers and more on-stage drama.

Only one caller is actually seen, Kent, and it’s staged particularly effectively.  In fact, the set as a whole is impressive, as is becoming the norm for The Old Red Lion.  A 1980’s radio studio has been perfectly re-created down to the last detail by Max Dorey, from the AGFA reel to reel tapes to the posters on the wall.  Barry sits in a glass booth, we hear him as his listeners do and when he talks to the other characters it’s via an intercom, the set looks and feels lived in, with the wastepaper basket overflowing and lights flickering in and out, for the audience it feels very immersive.

While the stage version of Talk Radio is certainly more talk than action, it’s still a captivating piece of theatre, you find yourself drawn in to the rapid unravelling of the central character, waiting with baited breath to see what will happen next.  Portions of the play are based on the real Alan Berg, who was killed by white supremacists, if only Barry Champlain were broadcasting today, what would he have to say on current affairs, and would Trump brand him ‘fake news’? 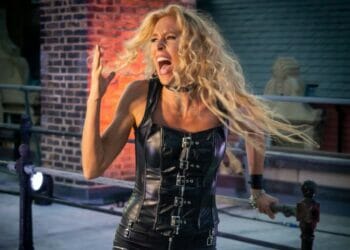 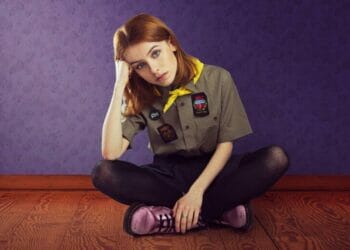 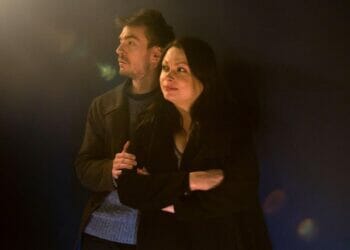 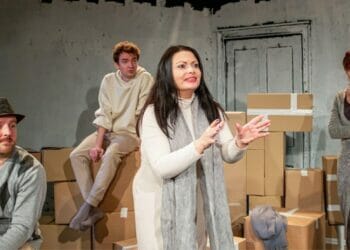 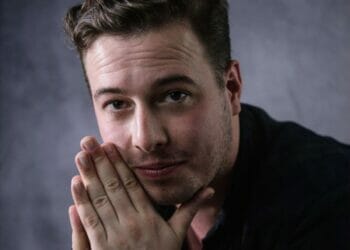 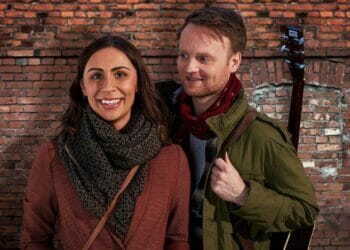