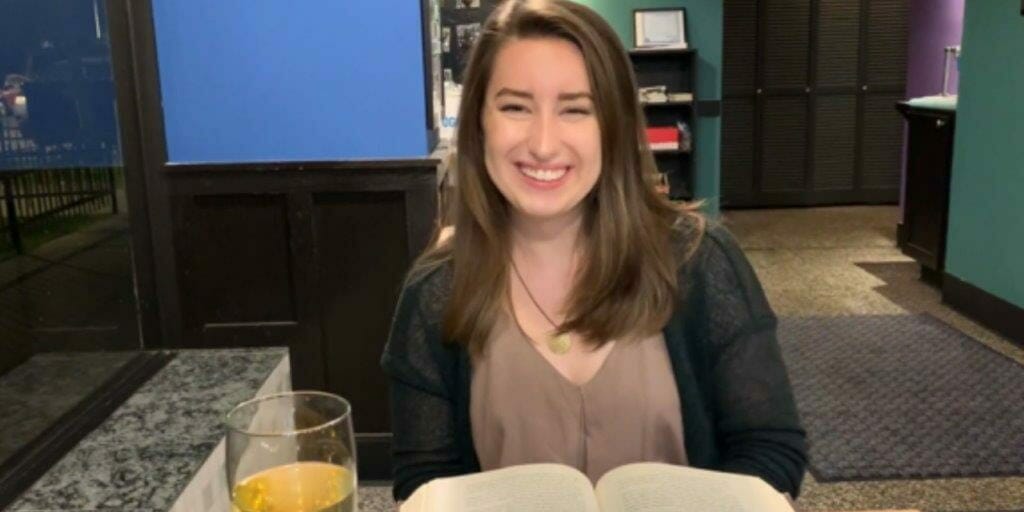 Review: The Coming Out Play at [email protected]

I might have enjoyed The Coming Out Play because the show about a bisexual, catholic girl like Lucy, the main character, feels particularly relatable, emotional and beautiful for a bisexual, catholic girl like me. However, I’d prefer to believe that I enjoyed this play because it represents a wide range of emotions, portrays intersectionality and accurately captures not only the struggle of being bisexual but also, the struggle of handling fake versions of ourselves.

Lucy, the bisexual woman, dreaming of proposing to her girlfriend Nora, is about to come out to her traditional Christian parents. She seeks inspiration browsing through a history of lesbian and bisexual women – from Sappho to Eleanor Roosevelt. However, the show is not a queer history lesson although it definitely refers to it a lot.

Lucy sits at the bar, nervously drinks beer and delivers her monologue, or verbosity rather, to an imagined stranger, sitting in front of her, on the other side of the table. That’s why the distance between the actor and the audience, usually so much more pinching in online theatre, here does not come across as a problem. Quite the opposite, actually; therefore, I dare to argue that ‘The Coming Out Play’ works even better as the remote production than it would have in reality. One long shot, with the actor, Audrey Ney starring straight into the camera, enables a very personal, one-to-one relationship between every spectator and Lucy.

Audrey Ney is charming and natural although perhaps too enthusiastic and therefore, could perhaps start to become annoying. On the other hand, that’s the way her character, Lucy, is – awkward, unconfident, insecure and nervous because she’s about to come out to her loving yet homophobic parents. Speaking of them, not only Lucy but also, Trish and Robert, her mum and dad, are portrayed as intersectional and fully dimensional characters. That’s why the writer, Melanie Coffey, did such an excellent job. Not only did she manage to accurately capture biphobia, straight passing, heterosexism and intersectionality but also, she perfectly depicted the art of overthinking, mastered by all of us every day.

The simplicity of The Coming Out Play is its strength as it contrasts with the complexity of a bisexual life or perhaps life in general. To be enjoyed not only by bisexuals.