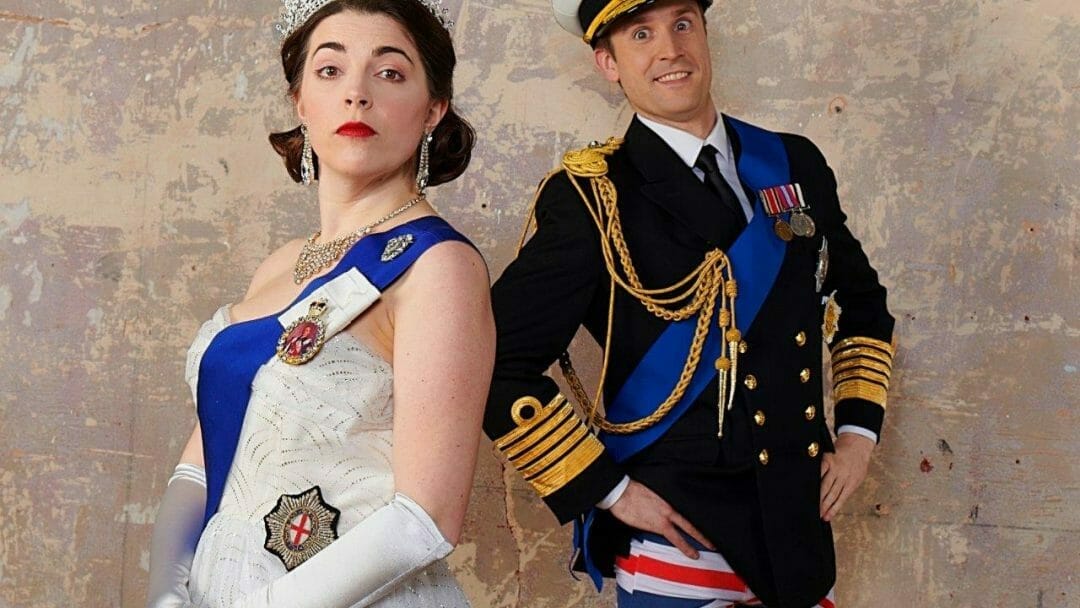 Review: The Crown Dual at The King’s Head Theatre

What at first seems like a history lesson, quickly turns into, dare I say, a hilarious masterpiece that makes you laugh until, out of nowhere, you feel tears streaming down your face.  Written by Daniel Clarkson, a comedian and a playwright with two Olivier nominations, and expertly directed by Owen Lewis who has had much success on television and radio, The Crown Dual is a promising play taking over the stage of the King’s Head Theatre until 6th April.

Coming to life in an intimate theatre gives it the feeling of watching a lighthearted Netflix series. The storyline shows the highs and lows of the life of Queen Elizabeth II, some of the biggest characters of that time, and the major events in her monarchy. Sounds like a history lesson, but trust me, it gives you much more than that. Yes, it’s a historical journey but filled with a great amount of laughter thanks to its rather silly, yet easily comprehensible and intelligent jokes, with a splash of interesting topics to keep your attention such as current events and trends.

Rosie Holt and Brendan Murphy are both incredibly successful in bringing to life many different characters, and keeping the performance energetic and lighthearted at all times. Including the audience in the action could have ruined the flow of things but it did rather the opposite. As you can imagine it felt risky since a great performance could have been overshadowed by an awkward interaction with one of the viewers, but that wasn’t the case. They succeed in making a relaxed environment and handling every response by turning it into an interesting remark with a dash of humour. It really takes a good comedian to do just that, which they both prove to be.

What makes The Crown Dual truly great and unforgettable is the simplicity of its structure. There isn’t much to say about the set design since we only get a chair, and that’s about it. But with the help of lights, music and sound effects they help you travel through different times and places.  It was great to see them taking advantage of the sound effects, since it seems to be a rarity to target the audiences senses in a different way than just sight.

The small space is key to making this such an energetic play, and it has a relatively short running time, so there truly is no time in which you could get bored, quite the opposite in fact, as at moments there is a fear of being put in the spotlight!

If you are looking for a play that is going to give you some life lessons and possibly some answers to resolve issues that we have as a society, The Crown Dual might not be for you. Or maybe it is, maybe everyone should just take a moment to turn off the noise and completely immerse themselves in a very entertaining comedy.