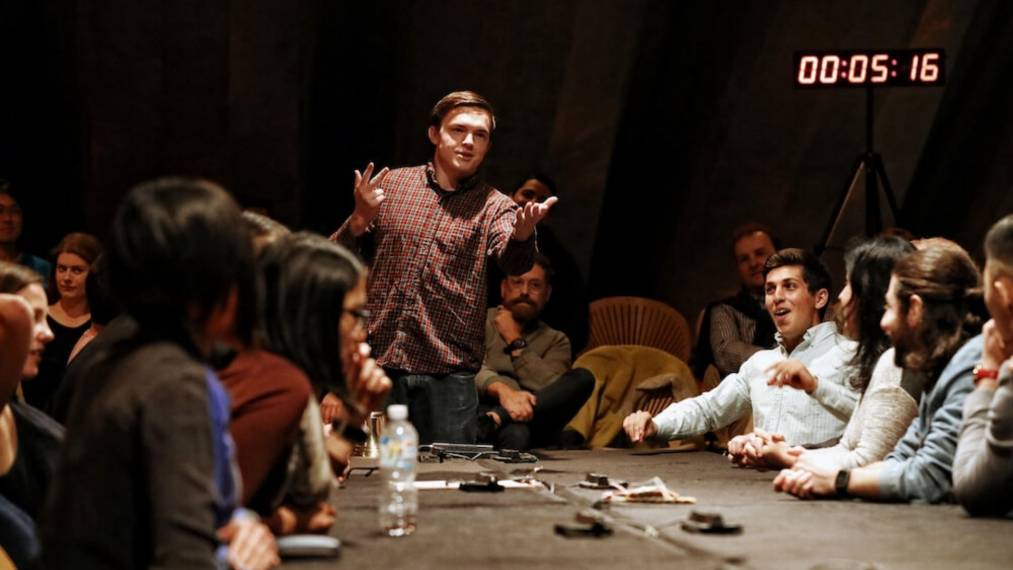 The Money Live Photography from the Sydney production by Prudence Upton

Review: The Money at County Hall

The County Hall, once the home of the Greater London Council, is known for being a seat of important decision making, and in Kaleider’s fusion of gameshow and immersive theatre it’s the audience with an important choice to make. Or more specifically, it is a certain group in the audience of The Money who hold all the power in their hands.

‘The Players’, whose ticket price has been placed in a pot, have sixty minutes to decide how the money should be spent, or risk losing it to a rollover to the next performance. There are, of course, rules to the game; the money cannot simply be split between the group nor given away to charity, and the decision must be unanimous.

Injecting some uncertainty to the mix, ‘Silent Observers’ (the rest of the audience) can buy in to the game at any time, increasing the pot, but also making themselves eligible to take the lot, should the group decide to go that way. The performance is therefore entirely driven by the players of the day, meaning no two shows will ever be the same.

The Money has been a fringe hit in the past, and its transfer to a bigger London venue seems to have heightened the tension; when those heavy doors of the chamber slam shut there’s pure excitement and a hint of trepidation in the air. Once the players accept the limitations, a form of team building and consensus shaping begins, in this performance someone suggests taking the pot to the Hippodrome and putting it all on black, while another argues forcibly that it would help fund her daughter’s wedding.

You might wonder what entertainment value there is in a group of strangers arguing over how to spend a pot of money, and yet it’s utterly fascinating. Complex human emotions, and socio-political views are laid bare without the players even realising. Natural leaders emerge, while others initially take a back seat before finally plucking up the courage to get involved.

Witness for the Prosecution extends to April 2023

Kaleider Presents The Money, An Immersive Theatre And Game Experience This May

Big issues of the day are discussed, is the money enough to feed the homeless? What constitutes charity? And what is a deserving ‘cause’? Interestingly, all the players seemed to agree that the £200 pot (which rose to £340 with silent observer buy ins) ‘wasn’t a lot of money’ or ‘wasn’t life changing enough’ to matter. There are probably plenty who would disagree.

Perhaps coming from this point of privilege made it more difficult for the group to reach a decision, and by the time they did, no one was quite sure if it had come from reasoned debate, or if the loudest voice at the table had simply railroaded the group to agreement, but that’s one of the things that makes The Money so devilishly compelling.

As a ‘Silent Observer’ it becomes quite difficult to stay silent, your own thoughts and opinions desperate to spill out. We all managed it, save for one, who rather selfishly decided their opinion mattered more than anyone else’s. To some they will have been the hero, while for others, the villain, because somehow The Money has the ability to create a kind of soap opera effect, where you’re hooked on the unfolding drama and rooting for those you agree with.

It’s amazing how quickly an hour passes when members of the public are left to run the performance, as players became more and more attached to their cause, the reality of human nature becomes apparent, mistrust sets in, and those of a selfish nature are exposed.

The Money is brilliantly good fun, and although you won’t know in advance who will be the cast of players, or how the story will turn out, it is guaranteed to be a thrilling night that you’ll be talking about for the rest of the evening.

Photography is from an earlier run of the production.  Covid secure measures are in place throughout The County Hall and social distancing and face coverings are required as per Government guidelines. 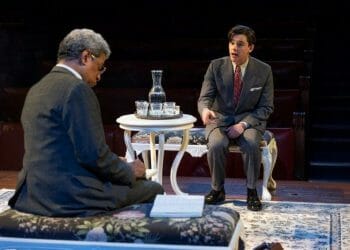 Witness for the Prosecution extends to April 2023 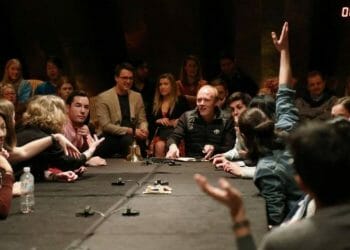 Kaleider Presents The Money, An Immersive Theatre And Game Experience This May 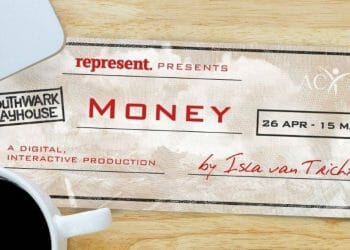 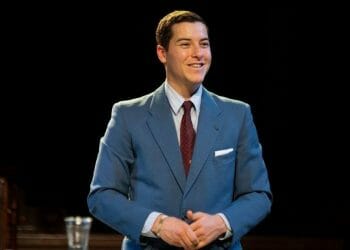 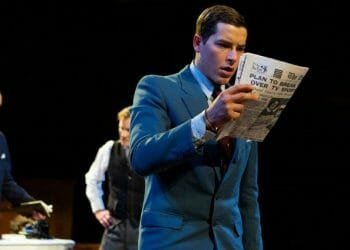 First Look: The 2019 Cast of Witness for The Prosecution 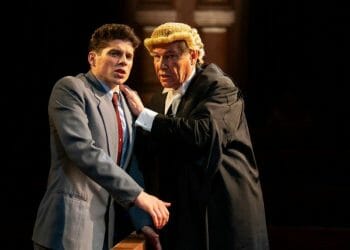