The second annual Liverpool Theatre Festival has been hailed a success after attracting an audience of 2,700 theatregoers across 12 days.

The outdoor festival programme featured 23 performances of 16 shows and was warmly welcomed by audiences and industry professionals, who were once again eager to embrace live entertainment and celebrate the region’s performing and creative arts talent.

Liverpool Theatre Festival 2021 ran between 1 and 12 September at St Luke’s Bombed Out Church in Liverpool city centre, a perfect setting for the unique event.

Organisers were thrilled with the “incredible” and “heart-warming” feedback. Plans are already underway to bring the festival back in 2022 for its third consecutive year.

Liverpool Theatre Festival was created by Liverpool theatre producer Bill Elms and was first staged in September 2020 to help support the city’s creative arts industry during the Covid-19 pandemic. Theatres and live entertainment venues were ordered to close immediately under the Government’s first national lockdown guidelines.

It was Bill’s mission to reinvigorate and boost the city’s live performance and creative arts sector, offering a lifeline when it was needed most. Liverpool Theatre Festival was created in a matter of weeks. Its inaugural staging won praise from audiences and critics alike, as well as winning an award along the way.

This year, the event returned bigger for its main event in September, preceded in July by seven-day Little LTF new fringe event to champion and showcase new works and talent, which went on to attract 1,200 festivalgoers.

Liverpool Theatre Festival is committed to supporting local artists, creatives, and theatre companies. During this year’s two events, a total of 30 local and regional diverse theatrical productions have been staged – resulting in almost 200 performers, musicians and creatives being involved and working as the pandemic continues.

The main festival opened and closed with the premieres of two new shows, a huge coup for the festival which strives to champion new talent – both performance and creative.

One-woman comedy 2Gorgeous4U, written by acclaimed Liverpool playwright Mark Davies Markham and starring Liverpool actress Lynne Fitzgerald raised the curtain on the festival. While the event closed with Something About George – The George Harrison Story, featuring Liverpool actor and musician Daniel Taylor. Festival director Bill Elms is already in talks with production companies regarding a future life of both shows.

Producer and artistic director Bill Elms commented: “It’s been an extraordinary year for Liverpool Theatre Festival, with both Little LTF and the main festival bringing audiences back to St Luke’s Bombed Out Church. The festival is still very new but the support from the public has been incredible. We are still in the midst of a pandemic, yet their feedback has been really humbling and heart-warming. I am extremely thankful that audiences put their trust in the festival to provide top quality entertainment by local companies in a unique and safe space. It proves how the festival could grow in years to come.

“The festival couldn’t take place without the support of our funders, sponsors, partners, and friends scheme members. We thank them for supporting the festival growth. We aim to bring back both Little LTF new works festival and the main festival in 2022 but we can’t do it without support – and we’d encourage anyone keen to become involved in taking the event to the next level to get in touch.” 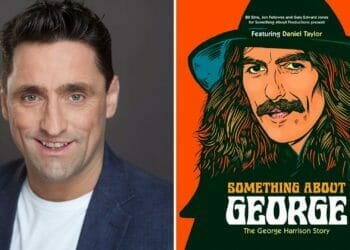 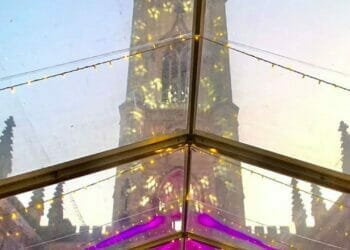 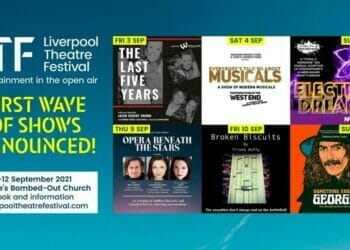