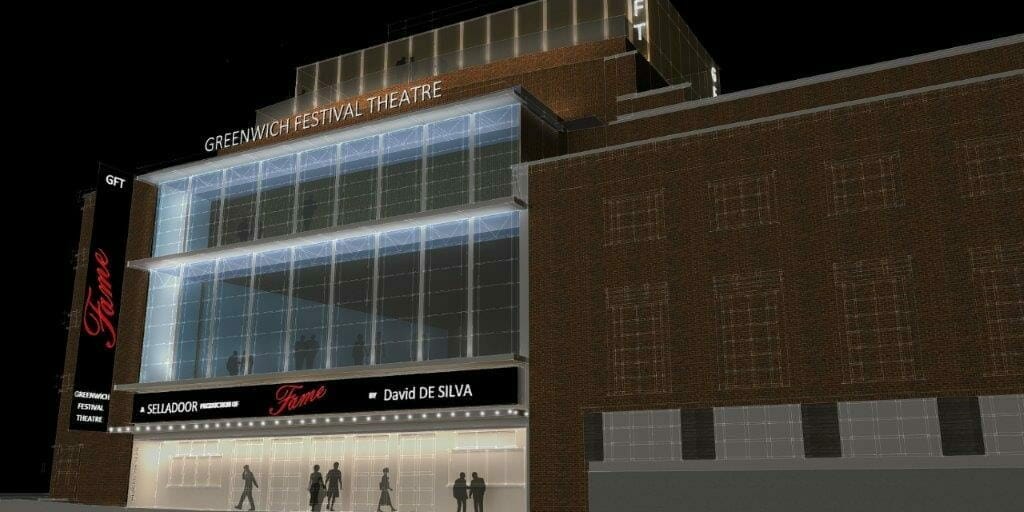 Selladoor Worldwide have announced their proposed plans to redevelop the Borough Halls building in Greenwich into a new multi-space theatre and performing arts hub in the heart of Greenwich, named the Greenwich Festival Theatre.

The new venue will be a major producing theatre and entertainment hub for South East London, offering diverse, daring and dynamic world class theatre and an artistic mission to create, curate and present a year round live performance programme of both local and national importance in the borough. The former Greenwich Borough Halls, built in 1939, will complete an ambitious and extensive redevelopment potentially as early as autumn 2019 with the aim of opening in Spring 2021.

The development of Greenwich Festival Theatre is now in the final process of a public consultation with Greenwich Borough Council, before the project commences. The consultation goes live on Monday 24th June for 3 weeks, and will enable the Greenwich community to share their views on the future of the Borough Halls and show support for the scheme.

The proposed redevelopment plans for the Borough Halls will comprise of two theatre spaces, a 650-seater main stage and a 240-seater flexible studio/black box space. The plans also include extending the main stage performance footprint and seating capacity of the hall to allow larger and more ambitious musicals, plays and live performance to be presented in the building. The redevelopment will also feature a basement rehearsal suite for creative learning programmes, community use and skills development. A front extension to the building has been planned to facilitate a two-story brasserie bar for all day dining and pre-theatre meals, alongside a rooftop terrace bar for evening drinks and functions.

The plans, which have been in development for the past few years, is focused on providing the South East of London with a year round producing theatre, with it’s own artistic leadership and development teams – modelled on successful producing venues in London such as the Almeida Theatre and Lyric Theatres, to offer a stage for world class work, with ambitions to transfer productions into the West End, or into major arts centres across the UK and internationally. The ‘flagship’, artistically driven building offers the company, who have their HQ in the Borough of Greenwich, to bring the highest caliber of artists and companies into the building to co-produce and present work. The venue will be a launch pad for major national tours, pre-West End and Broadway productions, producing in-house shows, as well as presenting external work hereby bringing artists, creative technicians, stage managers, producers and additional jobs to the borough.

David Hutchinson, CEO, Selladoor Worldwide said: “Selladoor Worldwide has been operating in the borough for the past 10 years and we are therefore extremely proud to announce plans to develop the Borough Halls into our flagship London venue.

The theatre will have it’s own artistic leadership as a producing and presenting house, with a year round curated program of events to build into the exhilarating London theatre ecosystem as the perfect space for launching daring, diverse and dynamic work. The Borough Halls is brilliantly placed, as an iconic building and in the heart of the Borough, and our plans aim to build into the already exhilarating cultural capital in the Borough – building audiences, creating jobs and making Greenwich a destination for daytime and evening economies.”