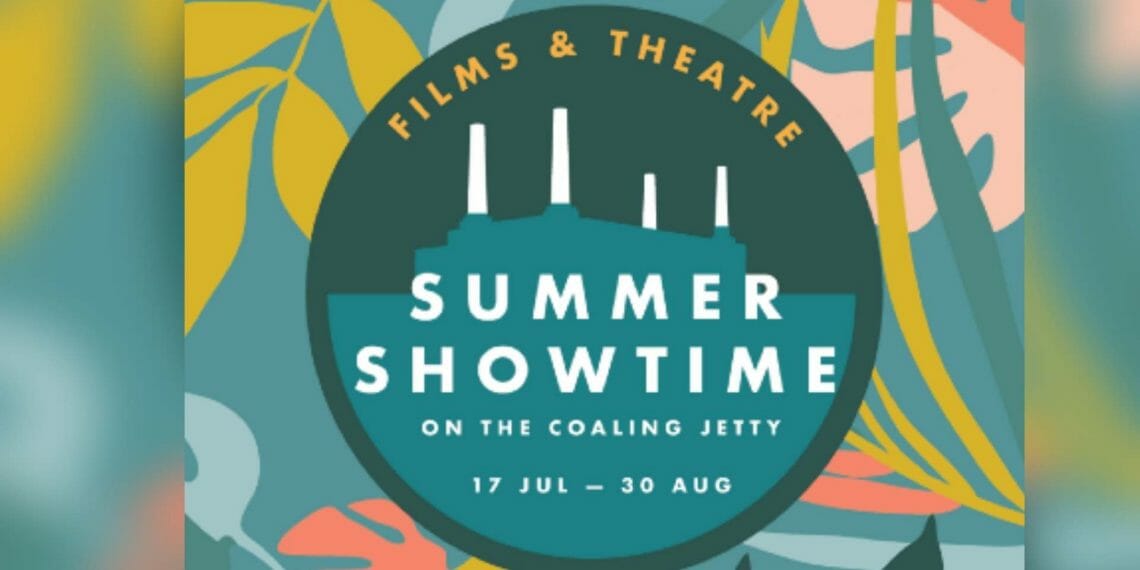 Summer Showtime on The Coaling Jetty

Summer Showtime on The Coaling Jetty Returns for 2021

Following its 2020 run, Summer Showtime on The Coaling Jetty is back for 2021. Hosted on the historic Coaling Jetty on the River Thames in front of the Grade II* listed Battersea Power Station, London’s only open-air cinema and theatre experience will feature special theatre and comedy performances from The Turbine Theatre and film screenings from The Cinema in The Arches, formerly known as Archlight Cinema.

Both retailers can usually be found nestled under the railway arches in Circus West Village, a thriving riverside neighbourhood for London and the first completed chapter in the regeneration of Battersea Power Station.

Following sold out performances last year of popular musical Hair, theatre fans heading to Summer Showtime on The Coaling Jetty will be spoilt for choice with exciting performances from members of the renowned Brit School, productions of Jane Eyre, Romeo & Juliet, The Best of Frankie Valli, family-friendly Wind in The Willows, Beauty in the Beast and Three Little Pigs, as The Turbine Theatre takes to the stage again. There will also be double the laughs this year as comedian and member of comedy sketch group Daphne, Phil Wang, joins the line-up.

“After a successful Summer Showtime last year, we’re thrilled to be welcoming audiences back to the beautiful Coaling Jetty at Battersea Power Station. The notion of presenting live entertainment came out of necessity to ensure we continue to engage our audiences. It’s wonderful that we can bring this outdoor experience back for a second year and extend the theatre’s reach across this exciting riverside neighbourhood at the foot of the iconic Battersea Power Station. We’re looking forward to hosting a variety of work such as Shakespeare, compilation musical performances, comedy and our first children’s musical; Wind in the Willows.

The Wind in the Willows is a beautiful and enchanting musical production written by Academy Award winner Julian Fellowes (Downton Abbey) with music by the award-winning Stiles & Drewe (Mary Poppins). The show was last seen at the London Palladium in 2018 and has been specially adapted for a more intimate outdoor performance. It promises to be the perfect Summer treat for all the family, and we can’t wait to welcome you back to Summer Showtime on The Coaling Jetty.”

Extra measures are being taken to ensure the safety of visitors attending Summer Showtime on The Coaling Jetty at Battersea Power Station. One-way systems and signage have been installed for guidance to help everyone entering the development keep a safe distance and hand sanitisers are located across the site.

For the full Summer Showtime schedule including film screenings from The Cinema in The Arches and more information on Battersea Power Station, please visit https://bpwrstn.com/summershowtime