The Great Gatsby Extends Run In The West End

Jay Gatsby invites you to one of his infamous large parties.  While the champagne flows and the drama unfolds the man himself will be the perfect host. As invites go, this is the hottest in town – why would you want to be anywhere else?

Due to overwhelming demand, thousands of new tickets have been released – audiences can now book for the show and the recently launched dining experience through the summer until 26 July. The Great Gatsby is currently the UK’s longest running immersive production and has become an international phenomenon, with productions across three continents, including South Korea, Belgium (currently playing in three different languages) and Moscow in 2020.

The Great Gatsby allows audiences to fully immerse themselves into the world of Jay Gatsby – a world of red-hot rhythms, bootleg liquor and pure jazz age self-indulgence. With cocktails, dancing and scandal, this heart-racing adaptation of F Scott Fitzgerald’s seminal tale of the Roaring Twenties puts the audience at the heart of the action.

Audiences can opt to enjoy a bespoke fine dining experience before the show begins, designed by Immersive LDN catering partners Flavourology. Hosted by F Scott Fitzgerald himself, along with his wife Zelda, audiences can begin their journey into the world of Jay Gatsby with an unforgettable edible adventure, with a menu that includes dishes inspired by The Great Gatsby: an amuse-bouche made of buttermilk fried chicken with champagne hollandaise and caviar ‘From St Louis to West Egg’, a main of bourbon cured salmon with celeriac puree and remoulade ‘Bootleg Bourbon Salmon’ and a pudding of spotted dick under a white chocolate dome with custard parfait and salted caramel source ‘Gatsby was an Oxford Man’ (all with vegan alternatives),

Louis Hartshorn and Brian Hook said, “we are incredibly proud of our show and stunning new venue – and particularly that West End audiences can come and eat an opulent three course meal, drink and see a quality show for the average price of one stalls seat in a traditional theatre in Shaftesbury Avenue.”

IMMERSIVE | LDN is a 32,000sq ft historic building in the heart of Mayfair, which was home to the Queen Victoria’s Rifles Association until 2017. It includes three floors of immersive theatre and event spaces designated for performance, live gaming, events, escape rooms and private parties. For information about programming and venue hire visit www.immersiveldn.com 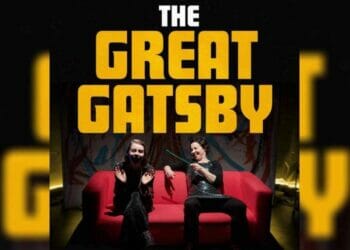 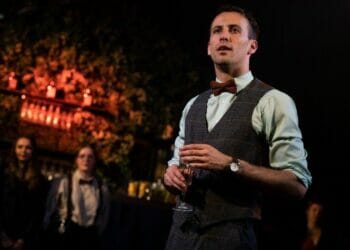 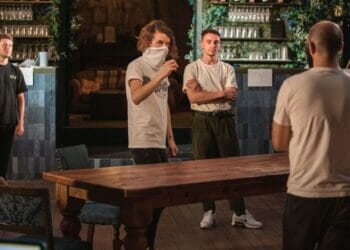 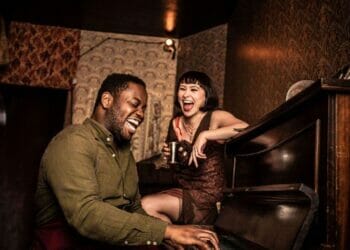