The Mill at Sonning, the UK’s only dinner theatre, has received a grant of £448,550 from the Government’s £1.57 billion Culture Recovery Fund to help the organisation recover and reopen.

More than £300 million has been awarded to thousands of cultural organisations across the country including The Mill at Sonning in the latest round of support from the Culture Recovery Fund, the Culture Secretary has announced.

The Mill at Sonning will use the grant to enable the venue to open up with reduced capacity and help assure hesitant audiences. It will also pay the substantial cost of COVID safety including testing and improving the ventilation and air-conditioning in the theatre. But most importantly it will help to employ actors who have been severely affected during this pandemic.

The Mill’s Artistic Director Sally Hughes said: “Everyone at The Mill is overjoyed to be in receipt of this fantastic grant. The next few months will be difficult to navigate through with all the Covid safety measures and only 50% capacity allowed. The Government’s furlough scheme has helped us through the past year. Now this grant allows us to move forward, open on May 17th and welcome back our audience with full confidence.”

After a year in lockdown, The Mill at Sonning will reopen its theatre on 17 May with a packed season of comedy, magic, cabarets and plays.

It is also today announcing its full programme of  in-house theatre productions for 2021/22.

The 2021/22 season will launch with an 11-week run of Alan Aykbourn’s classic comedy  ‘Relatively Speaking’ (18 May – 30 July). Directed by Robin Herford, a long time associate of the playwright, it will be a restaging of the production that was playing to packed houses in March, 2020 when all theatres were closed by the Covid pandemic. “A delight in every way… This production is a first-rate concoction” London Living Large

‘Two into One’ a comedy, by Ray Cooney, directed by Ron Aldridge, will run 5 August – 9 October, 2021, with a cast including Mark Curry, Harry Gostelow, Lizzie Elvin, Felicity Duncan, Steven Pinder, Delme Thomas, Daisy Steere and Connor Hughes Ray Cooney has been The Mill’s saviour, entertaining audiences every year since we opened in 1982 with his hilarious plays, but he also helped financially when we went into lockdown last March. To say a massive thank you, on Saturday September 11, the Mill’s  auditorium will be named after Ray with a gala performance of his ‘Two into One’ to celebrate.

The modern-day supernatural thriller ‘The House on Cold Hill’ writen by Peter James, adapted for the stage by Shaun McKenna, directed by Keith Myers will run from 3 February – 25 March, 2022.

That will be followed by the return of TV and film legend Brian Blessed to direct the crime whodunit  ‘Busman’s Honeymoon’ by Dorothy L. Sayers  (28 April – 25 June, 2022), featuring her greatest detective creation, upper crust sleuth Lord Peter Wimsey. Brian said: “Dorothy L Sayers is one of the greatest writers of The Golden Age of British crime fiction. This is her masterpiece!”

Other highlights of the re-opening season are  the fundraiser ‘An Afternoon with Dame Judi Dench & Simon Williams’ on Sunday 25 July and ‘Just Williams’, featuring Simon’s son, Tam Willians & Finty Williams, on Saturday 26 June.

Dame Judi Dench loves The Mill and she wants to ensure it survives this difficult time. In ‘An Afternoon with Dame Judi Dench & Simon Williams’, she will talk about her life and work to a very select audience with Simon Williams her host for the afternoon. The chemistry between Dame Judi and Simon is electric, they are old friends, and their banter can be wickedly funny.

The Mill will reopen with a much reduced capacity of 70 customers for dinner and show due to social distancing, but the venue has come up with an ingenious way to hide the empty seats that have to be left between bookings. “Our in-house master carpenter has built small tables that will slot over the empty seats. These can move depending on the size of each group and will be dressed with small lights, so the auditorium will look more like an intimate cabaret space than a traditional theatre,” said Sally.  ”Call it Las Vegas on Thames!!” 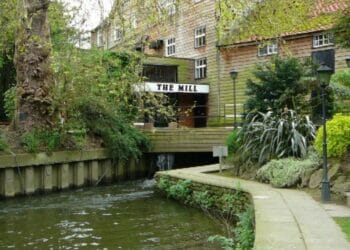 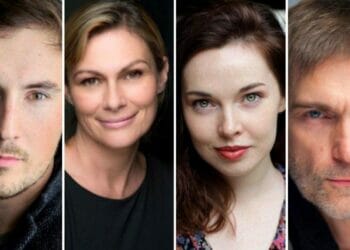 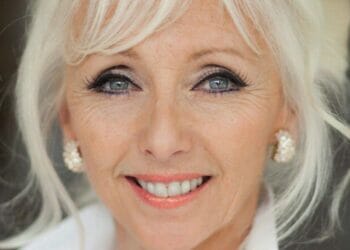 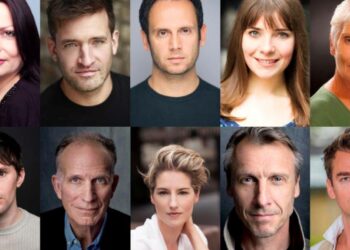 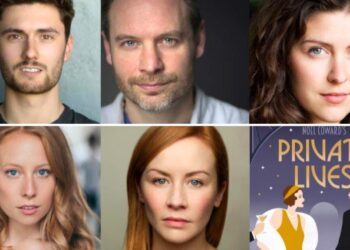 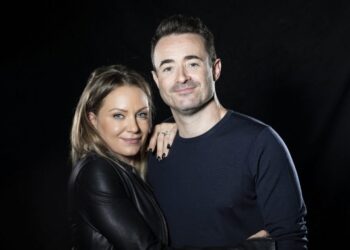