After a fantastic Fringe, Pleasance are ready to present a season of wonderful shows this Autumn. The Best of the Edinburgh season is back, bringing nine incredible shows to London straight from the Fringe, followed by WRESTIVAL, a three-day festival of ground-breaking work curated by wrestler turned performance artist Heather Bandenburg.

Kicking off the Best of Edinburgh season, Block’d Off (3rd –7 th October) is a story about people trapped in the cycle of deprivation: a father putting his hopes on his daughter’s future; a couple of dealers attempting to flee the country; a tutor manipulating his way to normality; a young boy, stabbed too close to home.

Based on real stories and real lives, and supported by the Pleasance’s Generate Fund, Block’d Off is a hard-hitting one-woman play exposing what it’s like to be workingclass in London today.

In the Main House, Wes Anderson meets Hitchcock meets spaghetti western in multi award-winning The Man Who Thought He Knew Too Much (4th – 7th October). This intercontinental, inter-genre, cinematic caper of accusations, accidents and accents, follows Roger, a Frenchman in 1960s New York, chasing his would-be assassins around the globe. Raucously funny and endlessly inventive, the Lecoq-trained Voloz Collective delights and stuns with live original music and virtuosic acrobatics in this fast-paced, Offies-nominated whodunnit.

The BAFTA Rocliffe-winning show Bad Ass (4 th – 7 th October) follows the true story of Sarah Mills, in all its painfully funny detail. From finding a surprise in her poo to spending the next two years swapping cocktail dresses for hospital gowns and Lambrini for laxatives, Mills’ important love note to the NHS is heartfelt and hilarious in equal measure.

A contemporary drama from Emyr Cooper (shortlisted writer, BBC Writersroom Drama Room 2021), Flat Packed Furnished Flat (10th – 15th October) is about a mother and daughter and a shiny new flat. With the delivery of furniture imminent, lives (and chests of drawers) will be constructed and deconstructed. In this intimate and playful story, spirits run high as the generational battle lines are drawn, and truths are uncovered as the pair crash headlong into modernity.

Who’s right and who’s wrong? Who’s young and who’s old? You’d better not have forgotten the Allen keys… Winner of Breakthrough Memoir 2022 and runner up of Screenshot 2020, Pauline (11th – 15th October) is a new comedy drama about finding your nan’s suicide note. From award-winning writer and performer Sophie Bentinck, this is the brutally honest and joyfully hilarious story of three generations of women in one family – and of the writer who went digging in the secrets file to bring them all on stage.

A finalist of the Popcorn Writing Award 2021, Scatterjam’s Please, Feel Free to Share (17th – 21st October) is a dynamic, darkly comic one-woman show about our personal addictions, the neverending pursuit of likes and our growing desire to share all. When her father dies, Alex reluctantly joins a bereavement group. She shares a little, and then lies… a lot.

Inspired by shocking true events, FIJI (18th – 21st October) is a multi-award nominated show about a deliciously unfathomable relationship… one you may have only ever heard about on the news. A gripping two-hander from Clay Party and Conflicted Theatre, FIJI blends true crime with romantic comedy to deliver a thrill-ride as hilarious and warm as it is fascinatingly dark and twisted.

The Embers Collective are teaming up with Stumble Trip Theatre to bring you Wild Tales For Weird Folk (24th – 25th October). With hilarious stories, songs and clowning, this show is totally unsuitable for children (but bring them anyway). Featuring reluctant heroes, perverted warlords, talking horses, gammon slapping, woodland dancing, dodgy shaman, toad licking, nipple piercing, hippy sex cults and so much more. All underscored by a live musical score and packed with bangers that’ll have you up and dancing in your seats.

In support of the suicide charity CALM, and sound-tracked live with songs from his upcoming second album, the acclaimed beatboxer SK Shlomo is back with BREATHE: a rollercoaster love letter to music by SK SHLOMO (27th – 29th October). Expect a breathtakingly theatrical display of bravery and masterful performance, recreating the impromptu rave in his living room that not only saved Shlomo’s life but transformed a sleepy village community.

Also part of the season, WRESTIVAL is a three-day festival of ground-breaking work combining live wrestling with cabaret, drag, satire and theatre. Curated by Heather Bandenburg (Unladylike: a Grrls Guide to Wrestling, Mummy Vs, I Need to Cher), WRESTIVAL is about putting the lesser represented voices of wrestling firmly at the centre of the stage. With political performance art directed by Fringe legends, cutting-edge wrestling promotions, spell-binding storytelling and cult cabaret-comedy, WRESTIVAL is the first of its kind and is not an event to be missed!

Set against the backdrop of lockdown Britain, Mummy Vs (22nd – 24th September) is the personal account of Heather Bandenburg’s experiences of raising a baby, showing the brilliant resilience of parents in a way that is impossible to ignore.

NHSmackdown (23rd September) is a new piece of theatre by Lawless (Leeds Queer Wrestling, Rich Tea Drag), drawing on personal experience as an NHS nurse who, also, happens to be a wrestler and performance artist… As a response to the Black Lives Matter movement, Wrestling Resurgence and ‘Big Wavy’ Roy Johnson team up to bring the must-see, feelgood show Everything Patterned (23rd September), a celebration and showcase of Black, Asian and Global Majority British Wrestling.

Mythos (24th September) brings the impact of live wrestling been combined with the intensity of stage combat, with gods, monsters and heroes from folklore brought to life on stage. Coming to a ring near you, FIST CLUB: Absolute Pleasance (24th September) is a queer cabaret and pro wrestling night (aka your new favourite pastime): wrestling isn’t just drag for straight people, it’s drag FOR EVERYONE.

Seeds (1st – 4th November) is inspired by the incredible true story of the world’s first seed bank in St Petersburg during WWII. Four research scientists are freezing in the basement of the Institute of Plant Industry, forced to make impossible choices to protect life-saving seed samples against an invading army, a starving population and each other.

The live performance premier of No Stone Theatre’s thrilling and critically acclaimed podcast series, Seeds is given renewed urgency by the war in Ukraine, the worsening food security crisis and the heroic efforts to protect our world’s biodiversity.

A brand-new show from harbingers of theatrical chaos Linus Karp and Awkward Productions (how to live a jellicle life: life lessons from the 2019 hit movie musical ‘cats’, Awkward Conversations With Animals I’ve F*cked), Diana: The Untold and Untrue Story (8th – 19th November) combines drag, multimedia, audience interaction, puppetry and a lot of queer joy. Do you know the story of Diana? Probably. But do you know our story of Diana? We very much doubt it. Join Diana in heaven as she shares the untold and untrue tale of her extraordinary life – this unique celebration of the people’s princess is as hilarious as it is tasteless.

Dare to be dazzled, by the sensationally saucy cast of Khandirella – a Cinderella Drag Story (9th – 11th November) and transported into the wonderful world of happily ever drag! Bringing you an extraordinary evening of hysterical drama, extreme competition and deadly serious talent, join Khandirella as she strives for stardom. Unlike other fairy tales this story won’t just focus on the Queens, the cast will also include drag king extraordinaire, Prinx Silver joined by other furiously fabulous Queens, Dosa Cat, Asia Thorn, Cleopantha, Sweet Dahlia and David Cute. We all know the original Cinderella story… Will this be the same? Of course not!! It’s Drag!

To the real sh*ts of mothers and mothers of real sh*ts, The Mother Sh*t (10th – 19th November) is an unconventional love letter to mums trying, failing, caring, choosing, loving and losing. Stumble Trip Theatre have teamed up with a wonderful team of multidisciplinary artists to interview 50 different people about their mums, and this show is what they said. It’s a show about mums. With beatboxing. And mime. And music. And verbatim and various other things because ‘mum’ is a multifaceted thing.

A woman walks down a blossom-lined street, a knife clutched in her pocket. She’s on her way to confront the man who killed her mother. Batman (aka Naomi’s Death Show) (21st – 26th November) is a stage play and live storytelling piece exploring death, grief, love, art, religion, fish, and Batman, with the audience choosing the direction of the story. In Savage Heart (22nd – 26th November), it’s 1867 in London and Hope House prides itself on reforming the Fallen Women of the city. Polly arrives with no memory of how she got there, and within the walls of this house, ghosts are waiting… Certain Dark Things returns with their striking combination of puppetry, live music and movement in this pulse-quickening gothic thriller. Haunting, moving and vital, this show explores the horror of entrapment and the resilience of women.

With well over 30 comedy shows, including the likes of Mark Watson, Kwame Asante, Lily Phillips, Finlay Christie, Hannah Fairweather, John Luke Roberts, Katie Pritchard, Will Duggan and so many more! Watch out for these award-winning comedians and exciting newcomers, who burst onto the Fringe this summer. 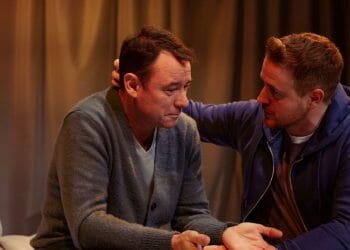 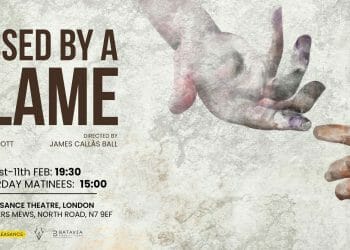 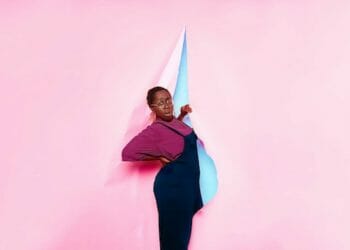