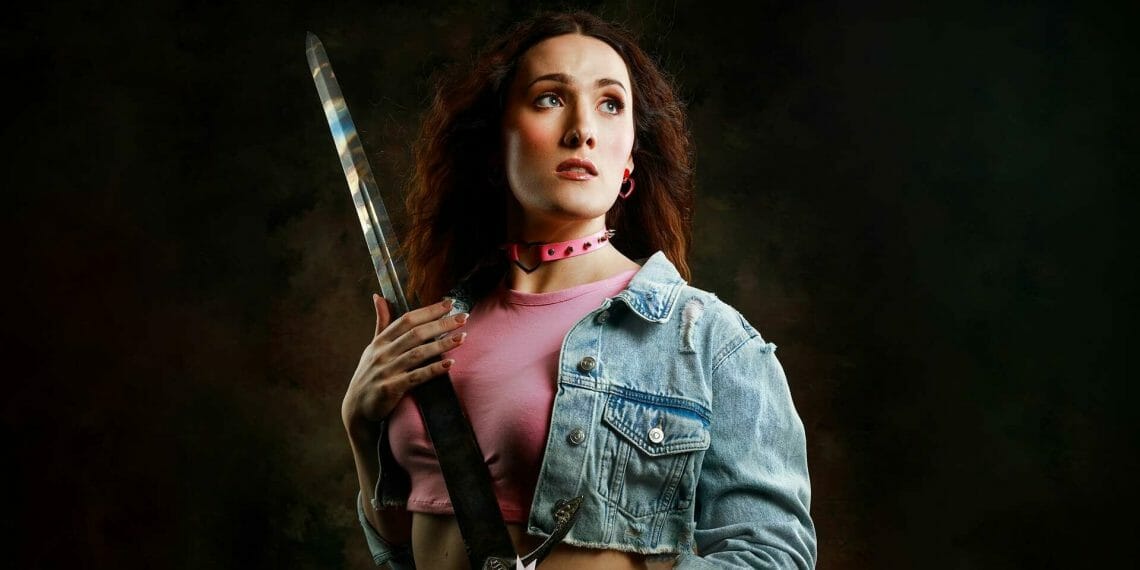 The Prince at Southwark Playhouse

The Prince, written by and starring Abigail Thorn and directed by Natasha Rickman will open at Southwark Playhouse in September.

Trapped within the confines of Henry IV Part One, Jen and Sam know they do not belong here, or in the many Shakespeare plays they have unwillingly flitted between.

They are not like the others; they are not mere characters fated to repeat the words and actions written for them. They belong in the real world. And they are going to find their way out.

Now Jen and Sam must decide; do they risk losing their way home to help someone who might just be like them – who does not yet know who they truly are?

“The Prince is a show about being trapped in bad relationships – with parents, friends, lovers, and even with yourself. The story follows a handful of characters in a Shakespeare play who start to realise they are all stuck inside a performance. Some are in denial about their sexuality and gender, others are just trying to prepare the next generation for the struggles ahead. My genius dramaturge Donnacadh O’Briain describes it as “Elizabethan scifi” – I tell friends it’s “Like The Matrix if it was written in 1600.” Abigail Thorn

The Prince is a sharply and passionately written story about the roles we play for other people. The script is an exciting blend of verse and prose, ducking and weaving through Henry IV Part One and other works of the Bard, with fun for both Shakespeare scholars and verse virgins. Swordfighting, lesbianism, denial, disappointed parents, and a magical doorway. All the world’s a stage…

This is the first play from Abigail Thorn, creator of the hugely popular web show Philosophy Tube, which she has built to more than one million subscribers since it was established in 2013.

Abigail publicly came out as a transgender woman in January 2021, with her video Identity: A Trans Coming Out Story. The Prince – which she both wrote and will star in – adds another vital layer to her already impressive voice.

The Prince runs at Southwark Playhouse from 15 September – 8th October 2022.