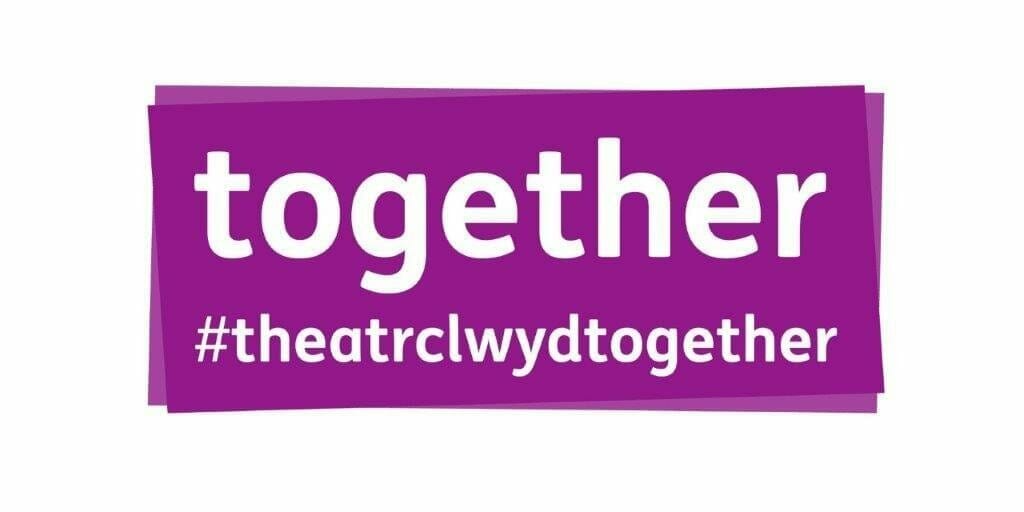 In response to the imposed restrictions from the Covid-19 pandemic, Theatr Clwyd’s Artistic Director Tamara Harvey and Executive Director Liam Evans-Ford today announce a major creative programme, Theatr Clwyd Together | Theatr Clwyd Ynghyd, to encourage and facilitate creativity amongst their audiences and in their community, reaching out to local schoolchildren and the wider public, supporting those that rely on Theatr Clwyd’s outreach programmes, and offering cross-arts engagement to those in need.

Tamara Harvey and Liam Evans-Ford today said, “In this moment when we can’t welcome our community into our theatre, we want to bring a little bit of our theatre to them. The actors, directors, writers, designers, choreographers, musicians, film makers and artists who would have been making shows and engagement projects with us right now will instead be working with our Theatr Clwyd team to share art, music, dance and theatre with our audiences, and give everyone in our community the chance to be creative – hopefully reminding us all that we’re not alone – that we can get through this together.”

Each themed week of Theatr Clwyd Together | Theatr Clwyd Ynghyd will introduce a new creative project, and will include a Visual Arts Day, Music Day, Dance Day, and Theatre Day, where the Theatr Clwyd team and associated artists will create online content and creative tasks that anyone can try. Those taking part are encouraged to send their moments of creativity to Theatr Clwyd to be shared across social media. The first week’s theme is The Theatr Clwyd Story So Far, followed by Sing Us A Song, A View from the Window, Get Moving, A Play in a Fortnight, The People’s Poems, and Bedtime Story.

Six artists from across North Wales have created weekly online tasks as a teaching resource for local schools whose students are currently learning at home, as part of Theatr Clwyd’s creative school project, Cynefin, and the theatre has also used its existing resources to create food packs and creative packs for local homeless shelters, at-risk families, members of the Arts From The Armchair group for those with early onset memory loss and their carers, and refugee families in Flintshire. The theatre will also continue all its weekly creative workshops and outreach programmes virtually.

For Cynefin, a film maker, a graphic designer, a writer, a musician, a visual artist, and a dance practitioner from North Wales have come together to create an online creative programme for six local schools that are currently closed. The artists will introduce a booklet of creative tasks each week, and then make a final creative piece from the work produced by the schoolchildren, which will be released online.

Theatr Clwyd delivers over 400,000 creative engagement sessions each year for the local community and will continue to deliver all planned sessions virtually during the theatre’s closure. Members of these groups that are left particularly isolated during this time, such as those who attend the award-winning Arts From The Armchair programme – in partnership with Betsi Cadwaladr Health Board – will also receive regular phone calls, parcels of creative tasks, and letters from their session leaders. Weekly sessions that will continue virtually include workshops for 4 years+, FUSE for those with additional needs, and Companies 25, 35 and 55 – the theatre’s community groups for anyone with a love of theatre.

In addition, in order to ensure all their resources are taken advantage of, Theatr Clwyd have also donated their food stock to four local homeless shelters and accommodation for vulnerable individuals, and have provided food packs to at-risk families identified by social services. All these shelters and families, as well as the Flintshire refugee families that Theatr Clwyd works with regularly in conjunction with the charity Synergy, have also received creative packs of tasks and prompts, made up from the theatre’s existing resources; craft supplies, costume fabric, and props. They will also have access to a programme of weekly creative online sessions.