Wireless Wise A Celebration of Radio 4

Some of radio’s most popular personalities are swapping the airwaves to go on tour in a brand new stage show during Autumn 2019.

Wireless Wise – A Celebration Of Radio 4 promises audiences an unforgettable evening of comedy and nostalgia, with a show packed with hilarious anecdotes, sketches and music spanning 50 years.

The tour will feature two special guests, Richie Webb from Radio 4’s 15 Minute Musicals, and Joe Stilgoe, a regular on BBC Radio 2’s Friday Night Is Music Night programme. Richie and Joe will appear at specified venues along with other surprise guests.

Wireless Wise – A Celebration Of Radio 4 was recently premiered to a packed out Storyhouse in Chester. Production images have now been released and tour dates announced.

The show will head to Nottingham in early October, before visiting Bury St Edmunds, High Wycombe, Eastbourne, Canterbury, and Bournemouth.

The full tour venues and dates are the Playhouse in Nottingham on Sunday 6 October; The Apex at Bury St Edmunds on Saturday 12 October; Wycombe Swan at High Wycombe on Tuesday 15 October; Devonshire Park Theatre in Eastbourne on Sunday 20 October; Marlowe Theatre in Canterbury on Sunday 3 November; and the Pavilion at Bournemouth on Wednesday 6 November. 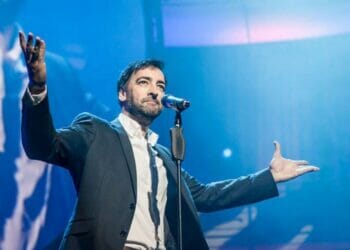