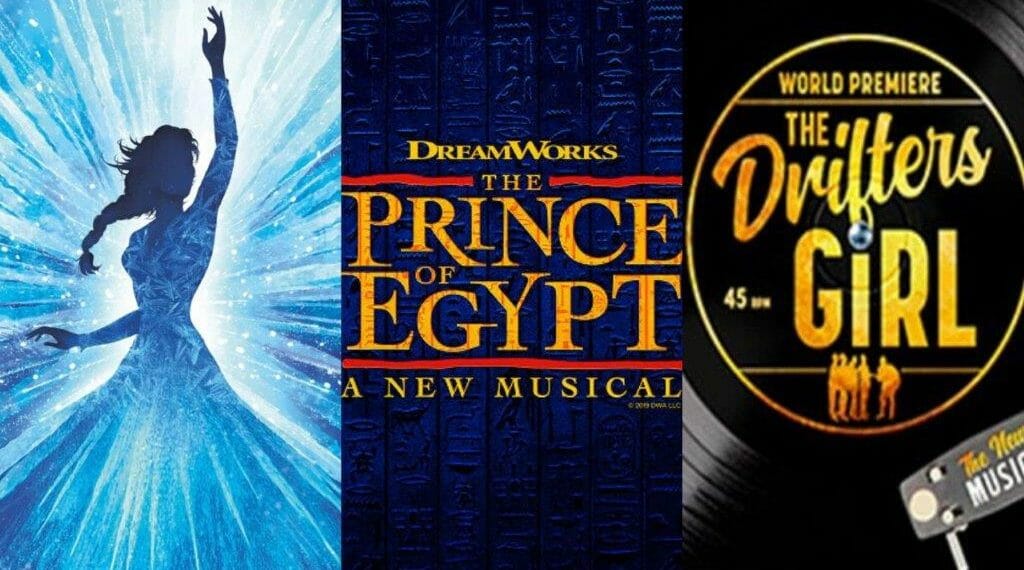 Top Ten Musicals to See in London in 2020

The Other Palace from 12th February

Be More Chill is the new musical sensation that’s about to invade your brain… in the best way. An unprecedented international phenomenon, this original and hilarious show exploded onto the musical theatre scene and electrified audiences during its runs off- and on Broadway. Featuring a Tony Award®-nominated score bursting with addictive earworms, Be More Chill is a mind-bendingly fun hit about the competing voices in all of our heads.

It’s just your atypical love story – a guy (he wants to fit in), a girl (she wants to be noticed), and the supercomputer inside the guy’s head that tells him what to do (it wants to take over the world!). According to The New Yorker, “If you fed Dear Evan Hansen to the Little Shop of Horrors plant, you’d get BE MORE CHILL.” In other words, it’s both a relatable tale about how far we’ll go for a little validation… and an otherworldly delight about a loveable geek and his very invasive (im)plant. What’s not to love?

The Barbican from 27th June

Following a sell-out season at Regent’s Park Open Air Theatre, this turbocharged show lights up the Barbican over summer.

From a life of poverty to spiritual leader of the nation, Eva Perón was loved, hated, derided and venerated. Dividing the Argentinian people with her patriotic speeches, her ambition, glamour and magnetism transformed her into one of the world’s first major political celebrities.

Jamie Lloyd reinvents Tim Rice and Andrew Lloyd Webber’s iconic musical, its chart-topping score including ‘Don’t Cry for Me Argentina’, ‘Oh What A Circus’, ‘Another Suitcase in Another Hall’ and ‘You Must Love Me’ – the winner of an Oscar for Best Original Song.

Direct from a critically-acclaimed run at the Hope Mill Theatre, RAGS The Musical tells the heartwarming and powerful tale of a group of Jewish immigrants as they arrive to start a new life in America.

Fresh from Ellis Island, a young mother and her son search for a new life and a sense of home as the 20th century beckons.

It is a story of both hope and disappointment, of power and greed, of strength and love, combined with memorable music.

With a ravishing score by the songwriters of Wicked and Annie and the book-writer of Fiddler on the Roof, this is a sweeping saga of America’s immigrant past.

Look who’s back! Don’t miss Michael Ball reprising his Olivier Award-winning role as Edna Turnblad in Hairspray the Musical. The huge-hearted, smash-hit musical arrives at the magnificent London Coliseum from next April for a strictly limited 12-week season.

From the original award-winning creative team of director Jack O’Brien and choreographer Jerry Mitchell, and featuring the infectiously feel-good songs Good Morning Baltimore, You Can’t Stop the Beat and Big, Blonde and Beautiful this inspirational, fun-loving and fabulously uplifting musical sensation is back and bigger than ever.

Imelda Staunton is back where she belongs in Hello, Dolly! This brand new production re-unites Imelda with Director Dominic Cooke following the critically acclaimed production of Follies at the National Theatre.

With music and lyrics by the legendary Jerry Herman (La Cage aux Folles, Mack and Mabel, Mame) and book by Michael Stewart (42nd Street, Mack and Mabel, Barnum), Hello, Dolly! is one of the most iconic musicals of all time.

Jerry Herman’s timeless score includes ‘Put On Your Sunday Clothes’, ‘Ribbons Down My Back’, ‘Before the Parade Passes By’, ‘Elegance’ ‘It Only Takes a Moment’ and of course, ‘Hello, Dolly!’

One of the most beloved romances of all time is now transferring from Broadway! Pretty Woman: The Musical, features direction and choreography by two-time Tony Award® winner Jerry Mitchell (Kinky Boots, Legally Blonde, Hairspray), an original score by Grammy® winner Bryan Adams (“Summer of ’69,” “Everything I Do”) and his longtime songwriting partner Jim Vallance, and a book by the movie’s legendary director Garry Marshall and screenwriter J.F. Lawton.

Once upon a time in the late ’80s, unlikely soulmates Vivian and Edward overcame all odds to find each other… and themselves. Experience the moments you love from the movie — and get to know these iconic characters in a whole new way — in this dazzlingly theatrical take on a love story for the ages. Brought to life by a powerhouse creative team representing the best of music, Hollywood and Broadway, Pretty Woman: The Musical will lift your spirits and light up your heart.

Sunday in the Park With George

One of the most acclaimed musicals of all time – Sondheim and Lapine’s masterpiece follows painter Georges Seurat (Jake Gyllenhaal) in the months leading up to the completion of his most famous painting, A Sunday Afternoon on the Island of La Grande Jatte. Consumed by his need to “finish the hat,” Seurat alienates the French bourgeoisie, spurns his fellow artists, and neglects his lover Dot (Annaleigh Ashford), not realising that his actions will reverberate over the next 100 years.

Originating at New York City Centre, the subsequent transfer dazzled audiences and praised by critics, was one of the fastest selling musicals on Broadway.  Destined to be the theatrical event of 2020 – be there to witness the musical about the art of making art – this is not your ordinary Sunday.

The Queen of British Soul and West End leading lady Beverley Knight stars in the world premiere of a brand new musical – The Drifters Girl.

Coming to the West End Autumn 2020, discover the remarkable story of THE DRIFTERS, one of the world’s greatest vocal groups, and the truth about the woman who made them.

Beverley Knight stars as Faye Treadwell, the legendary manager of The Drifters, who, alongside her husband, fought for three decades to turn Atlantic Records’ hottest vocal group into a global phenomenon. From the highs of hit records and sell out tours to the lows of legal battles and personal tragedy, The Drifters Girl charts the trailblazing efforts of the world’s first African American, female music manager and how she refused to ever give up on the group she loved. Thirty years, and hundreds of hit songs later, there is no doubt that Faye Treadwell was and always will be, The Drifters Girl.

With an unbelievable soundtrack of some of the most iconic songs in history, including Save The Last Dance For Me, Under The Boardwalk, Kissin’ In The Back Row Of The Movies, Stand By Me, Come On Over To My Place And Saturday Night At The Movies, The Drifters Girl is one musical you will never forget.

Escape into the wonder-filled world of Arendelle to experience stories of love, hope and self-discovery, delivered with groundbreaking set design and special effects, exquisite costumes and sensational stagecraft from the producers of The Lion King and Aladdin.

The uplifting story of love and sisterhood is beautifully retold for the stage in this spectacular new musical, bringing together the two sisters who melted hearts across the world to cast a whole new spell over the West End. It’s moving, it’s breathtaking; it’s pure joy.

Frozen is brought to the stage by a multi-award winning creative team, led by Tony® and Olivier Award-winning director Michael Grandage, with book from Academy® and BAFTA-Award winning Jennifer Lee, featuring the cherished songs from the original film, alongside a brand-new score from Kristen Anderson-Lopez and Robert Lopez, the Grammy® and Academy-Award®-winning songwriters behind the global phenomenon Let It Go.

The Prince of Egypt

The Prince of Egypt will begin a 32-week engagement at the Dominion Theatre.