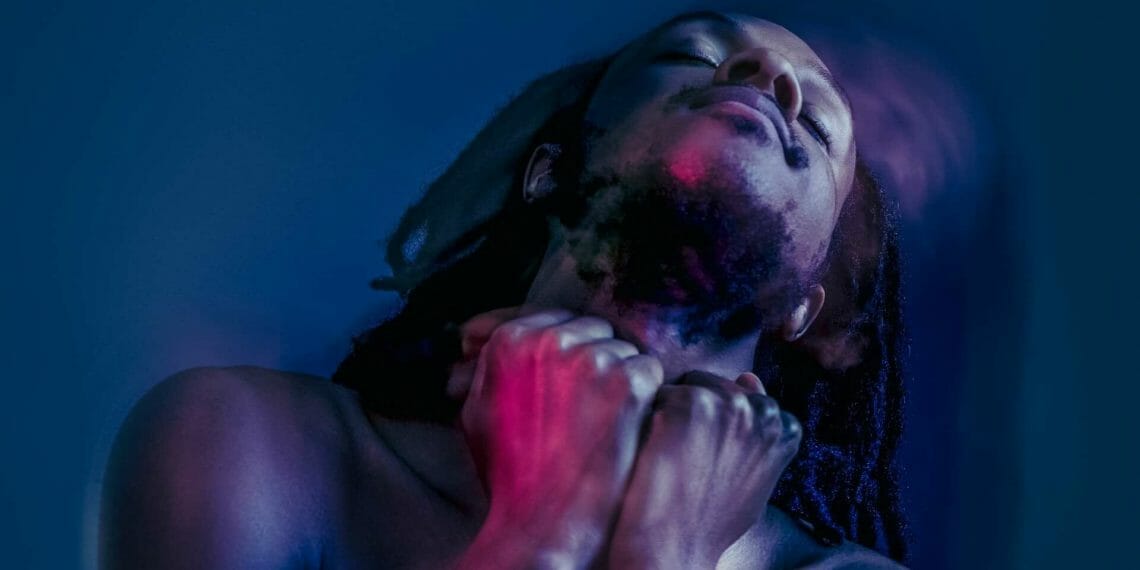 Jumbie by Jamal Gerald for Transform c The Other Richard

Transform, Leeds’ international performance festival has today announced the final wave of Transform 21-22, a reimagined festival for our times.

The festival presents a series of ambitious world premieres and productions taking place in iconic venues in Leeds, alongside unusual and disused spaces. The festival also invites trailblazing co-curators to envisage extraordinary special events and experiences, and continues embedded residencies and hyper-local collaborations bringing together future-gazing artists and local citizens to together dream up major projects for future festival Transform 23.

The festival invites audiences from across Leeds and beyond to rediscover and explore the city and to connect with bold, brave, vivid and socially-conscious performance by powerful artists from across the globe. From a cathartic and evolving installation, a night of sensual club revelry and an explosive collision of dance cultures overlooking the panoramic of the city, audiences are invited to dive in and discover extraordinary, powerful performance and events. Transform continues until 9 April 2022.

The Festival have announced today that they will bring five ambitious world and UK premieres to audiences in Leeds this spring.

Between 10-11 March, Transform teams up with Belgian arts centre CAMPO to present the UK premiere of The History of Korean Western Theatre at Leeds Playhouse, a documentary theatre performance, interweaving the personal and the political from South Korean theatre maker and composer Jaha Koo.

Between 18-19 March Transform presents the UK premiere of Ivorian choreographer Nadia Beugré’s Quartiers Libres at The Stanley & Audrey Burton Theatre. Roughly translated as “free reign”, Beugré’s deeply emotive solo performance takes over the stage with breathless, raw energy, startling in its immediacy and unnerving imagery. In a fight with a world willing to bury her, piles of empty plastic bottles and Nadia’s body start to amalgamate, merge, and melt. By blurring the lines between the performer and audience, Nadia transcends the stage, tangled in endless microphone cable, and surrounded by mountains of waste. Becoming trapped within herself and her surroundings, she struggles to reach out to the humanity around her.

Overlooking the city on top of the Victoria Leeds Multi-Story carpark between 8-9 April, Mexican-Chilean choreographer Amanda Piña presents the UK premiere of Frontera I Border – a Living Monument. Frontera I Border has roots in a dance that emerged from the neighbourhood of El Ejido Veinte of Matamoros, Tamaulipas, on the border between Mexico and the United States. Performed by young people at risk from the extremely violent environment, this dance has continually evolved, seen as a form of resistance to colonial forces.  By exploring a choreography of borders in which hip-hop culture, colonial tales, native practices and mysticism intertwine, Piña’s highly visual, poignant performance and monumental dance is a homage to the power and resilience of those whose bodies carry borders, to those who dare to cross. In a truly one-of-a-kind presentation, the UK premiere of Frontera I Border – a Living Monument will be presented at dusk.

At the end of March, multi-award winning writer and performer Rachel Mars will come to Leeds to present FORGE. In 2014, the 100kg ‘welcome’ gate was stolen from Dachau concentration camp. A local blacksmith made a replica, exactly like the original. This Spring, Rachel will make an exact replica of the replica gate across three days, out of 60kg of mild steel whilst audiences watch. Examining how objects become contaminated by history, FORGE explores who memorials are for and what happens to places where traumatic events take place. Mars will investigate how to balance living with a traumatic past with a responsibility to the present. Featuring a sound-scape created live by sound artist Dinah Mullen, audiences are invited as witnesses as the artist welds over three days within the epic proportions of new experimental Leeds venue, Testbed. There will be daily long table discussions at nearby gallery The Tetley, inspiring artists and activists to explore the complex themes of memorial, grief and social responsibility.  FORGE runs 31 March – 2 April.

Provocative and playful Leeds based artist Jamal Gerald (Idol Transform 19) presents the World Premiere of JUMBIE, a ritual for our sickened times.  Rooted in the history and culture of Montserrat, the Jumbie dance calls on the spirits of the dead to cure illness, solve personal problems, and redress social injustice. It is traditionally a night of feasting and music in which anything might happen which was subsequently suppressed by colonial forces and the Christian Church. JUMBIE revives the traditional dance from a contemporary queer perspective. The performance is led by Gerald alongside a Black queer ensemble. The night promises to be one of sensual revelry – part ritual, part sex club, part dance party. JUMBIE runs at CLAY: Centre for Live Art Yorkshire 17-19 March and is a Transform and Dudaan co-production.

Inclusive, Brazilian based collective MEXA blur the lines between the scripted and the unpredictable, between the demands of the past and the urgencies of the present. Their online performance the more you rehearse, the worse it gets is an attempt to collectively build an artwork confined to a limited time frame and is an electric, unfiltered presentation of process and performance. Audiences can experience the chaotic and mesmerising world of MEXA as part of an online watch party on 10 March at 7pm, or engage with the experience ‘on demand’ online until Sat 12 March.

Transform have announced a programme of vivid and engaging special events curated with local and international collaborators. These include:

Transform presents a Soft Rapture, a brand new sort of club night curated by Leeds-based Sable Radio. Transforming the traditional club space into an otherworldly experience – a more meditative, intimate environment – a Soft Rapture combines DJ’s, performance and movement practises to explore how club spaces can facilitate both hedonism and healing. The full line up and venue for a Soft Rapture on 1 April will be announced soon.

An intimate live performance akin to a highly visceral concept album, The Sound Grief Project is a sound-led performance work by Bradford-based performance artist Lua Bairstow, creatively exploring bereavement. In a residency supported by Transform and Bradford Producing Hub Bairstow will evolve The Sound Grief Project at Transform 21-22. On 17 March there will  be a sharing of this work in progress, an informal listening party designed to stimulate vital discussion and reflection around death and grief.

Running through until 19 March, artist Ellie Harrison from Leeds based company The Grief Series collaborates with Mexico’s Zion Studio to create The Ofrenda – a vast ever-evolving public artwork that underpins Transform’s extended festival and forms a reflective and commemorative gift to the city. Built in celebration of Dia de los Muertos (Day of the Dead), Ofrendas (Spanish for ‘offerings’) are constructed in remembrance of friends, family and people of significance who have been lost. Often brightly coloured and ranging in scale, these offerings take the form of displays with treasured photographs, flowers, candles, food and significant objects. Encompassing the breadth of the exterior of CLAY: Centre for Live Art Yorkshire The Ofrenda is already forming an extraordinary collection of memories and photographs from around the world commemorating and celebrating lost loved ones. The Ofrenda was unveiled on 18 November at which point people from across Leeds and beyond were invited to share a photo or memory immortalising their own loved ones within this cathartic and poignant installation, this opportunity continues until 19 March.

On Friday 8 April, Transform invites audiences to join them for the last gathering of the Festival, toasting the culmination of an extended programme of bold, brave, vivid and socially-conscious performance by powerful artists from across the globe. They will close out the festival at the iconic Leeds venue The Holbeck with the unmistakable Transform party atmosphere. Audiences can expect a packed night of live performance, music and celebration to end the festival on a high.

For Transform 21-22 the Festival presents a series of hyper-local residencies and kickstarts exciting new collaborations, which audiences can engage with via the Transform website and which will later be unveiled as part of Transform 23.

USA based choreographer and performer jumatatu m. poe will undertake a residency in Leeds, exploring and considering landscape, the environment and indigenous dance practises and connecting with the city’s various ecologies. Lowri Evans and Martha Kiss Perrone (coletivA ocupação’s When It Breaks It Burns Transform 19) will return to Leeds to work with older women based in the city and ask: what can you teach us?

MEXA will undertake a remote residency in Brazil on new production Transatlantica. As part of Transform’s commitment to nurturing bold new performance and reimagining what a festival can look like and do, they have launched the collective an ambitious programme inviting 16-21’s to dream up projects and ideas for Transform festivals. As part of Transform 21-22, a group of young curators have invited Icelanic artist Ásrún Magnúsdóttir to undertake a hyper-local residency and to give young people across Leeds space to speak up, be seen and be listened to.

Supported by Leeds 2023 these international collaborations are expected to culminate as part of Transform 23. In the meantime, audiences can engage with short documentaries and insights in the coming months, via the Transform website.

As part of the Transform 21-22 process, Transform and collaborators will document the development of projects and collaborations as part of a new ‘Thinking’ section of the website with Manchester based writer and critic, James Varney. Forming an evolving online anthology over time, contributions will be collated to create an creative archive of interviews, thought pieces, ideas and reflections.

Amy Letman, Creative Director of Transform says: “The final wave of our extended festival Transform 21-22 looks to the future, inviting audiences across the North of England and beyond to join us for a programme that is as reflective and cathartic as it is epic and celebratory. We invite artists, audiences and citizens to join us in acts of hope and bravery. To travel with us to see panoramic views of the city, to experience collisions of artforms and perspectives; to remember with us, to revel with us, to dance with us.  Featuring epic new shows, explosive events and contemplative encounters by extraordinary artists from the UK, Brazil, Mexico, Europe, the USA and beyond – join us in imagining what a festival of the future might look and feel like, and be part of Transform 21-22.”

The festival opened on 23 October and continues until Friday 8 April.

Transform is trialling a ‘Pay What You Can’ ticket model that invites audiences to select the pricing level that best applies to them. Ticket options will range from £2-£25 with the aim of allowing more people to access festival events whatever their circumstances.