A group of professionals from television, film and theatre, brought together by theatre company Moya Productions, have launched ReadThrough – a brand new online play reading service designed to improve the comprehension of exam-body English plays for students across the UK, with a particular focus on students from less privileged backgrounds.

The Covid-19 pandemic has had a devastating effect on both education and the arts. With the UK in lockdown many students are now struggling to study at home and any access that previously existed to live, in-person learning, either at a theatre or via theatre-in-education, has been impeded. ReadThrough is built on the belief that seeing a story brought to life enriches the learning process and gives far greater insight into themes, context and characters within the text. The team behind ReadThrough have seen first-hand how the live reading of exam texts can enhance students’ understanding of curriculum texts and enrich their learning experience.

Theatre can be inaccessible to some, not least during a pandemic, and ReadThrough wants to help level the playing field regardless of a school or student’s personal circumstances, supporting their progress in English, Drama and other relevant studies. ReadThrough will work with schools across the country to offer full readings of curriculum texts, performed live via digital platforms for as many students as possible, using professional actors and directors. The organisation also offers bespoke workshop sessions where they can take over English/Drama lessons and concentrate on a selection of scenes with the students that are performed, dissected and discussed, and there is the additional possibility for students to read in for parts.

ReadThrough will bring together a diverse range of talent to participate in their workshops. Some of the core actors who will be regularly participating include: Esther Smith (Harry Potter and the Cursed Child, Palace Theatre & Apple TV+’s Trying), Nari Blair-Mangat (Macbeth, Manchester International Festival / Park Avenue Armoury, New York – winner of the Ian Charleson Award commendation), Alasdair Buchan (An Inspector Calls, UK tour, Richard III, West End), Edward Franklin (Valhalla, Netflix & Shakespeare In Love, Noel Coward Theatre), Elisabeth Hopper (BBC’s Ghosts, Theatre Royal Haymarket’s The Tempest alongside Ralph Fiennes) and Mark Weinman (The Salisbury Poisonings, I May Destroy You). The first live ReadThrough will be Macbeth on 11th February, with Joe Lycett confirmed to take part so far, and the organisation is inviting schools to get in touch if their students are studying the text and wish to attend (details in notes to editors below). Names of other actors confirmed to take part in future readings will be announced in due course, with Alex Lawther (End of the F***ing World) already confirmed to participate soon.

ReadThrough has also received the support of a number of high-profile figures from across the industry, including Dame Emma Thompson, Stephen Fry, Simon Callow, Amma Asante and Shazad Latif. On its launch, Thompson said: ‘As remote learning has become a necessity of our current situation, I can think of no better or more engaging use of it than what ReadThrough are doing. With this in mind, I whole-heartedly endorse ReadThrough’s mission – that if schools can’t go to the theatre, then they will bring the theatre to them, regardless of the school they attend or the part of the country they live in.’ Fry added: ‘Sometimes you hear about an idea and you find the only correct response is to smack your forehead. Of course! ReadThrough is just such a winner of an idea. Please do everything you can to help us all make ReadThrough a living reality.’ Asante commented: ‘I’m delighted to voice my support for ReadThrough, a fantastic idea that can hopefully help inspire students without access to theatre and live performance. I know from my own childhood how vital it is to see texts brought to life by readings and performance, and I sincerely hope ReadThrough will offer young people a way to enjoy and better comprehend the texts they’re studying.’

ReadThrough has received an initial tranche of funding from the Paul Hamlyn Foundation, which will allow them to offer their services to of some of the most disadvantaged comprehensive schools for free. However, they continue to seek funding so that they can roll out the programme to many more schools across the UK. As well as seeking funding from companies, funds and benefactors they have launched a KickStarter campaign open to the general public. As a gift, some of the KickStarter tier levels allow the donor to nominate a school for ReadThrough to work with.

In addition to helping students, ReadThrough will provide paid opportunities for actors, many of whom have struggled due to the pandemic’s effect on their industry.

The ReadThrough founders said: “We believe ReadThrough can help bridge the gap between students and theatre. Our aim is to bolster students’ understanding of their set texts by seeing them performed live. Through technology we can overcome issues of access caused by the pandemic, socio-economic or geographic constraints. Having conducted some grassroots sessions with a small number of students and schools in recent months, we have seen the huge benefit live readings of texts provide. We’ve rounded up some brilliant actors, who bring their considerable talent to the characters and texts they bring to life. Even though we are just launching, we are already being contacted by lots of schools around the UK keen to organise sessions.” 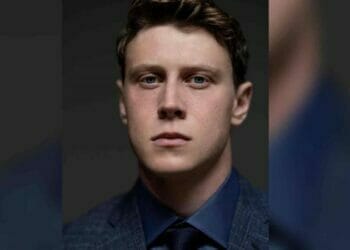 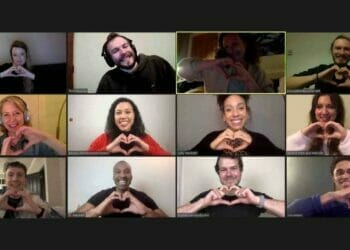